Scott Miller, who swept out warehouses and oversaw sales routes for Dallas-based Interstate Batteries before becoming its CEO, likes to talk about the value of “professional breakthroughs.” And, he’s got a right to, because he just made a big one. Beginning in July, a partnership forged on his watch could take Interstate’s industry-leading market share in aftermarket batteries from 17 percent to 24 percent, while boosting its annual revenue by $1 billion—to a whopping $2.8 billion—inside 12 months.

Recalling the genesis of the company’s big deal, finalized in December with Roanoke, Virginia-based Advance Auto Parts Inc., the chief executive says Interstate was looking for something more than a “traditional, buy-sell” relationship. “It’s got to be something that upsets what exists today,” Miller, 49, remembers thinking last year, as the transaction began taking shape. “You’ve got these ‘strange bedfellow’ partnerships happening now, like Amazon and Whole Foods and Kohl’s and Amazon. This was one of those ‘No way!’ deals. It felt like a startup move.”

“Scott … has the ability to look around corners and see what’s coming.”

For a 65-year-old company in the somewhat staid business of distributing car batteries, that’s saying something. Interstate in recent years has had a solid business, selling roughly 18 million replacement batteries annually—17 million of them to mechanics and technicians working in local garages. It sold the balance on the “do it yourself,” or retail, side of the business, mainly at Costco stores and its own 200 retail outlets.

It was a desire to ramp up its retail presence that led to the discussions with Advance, one of the “big four” national auto-parts retailers along with AutoZone, O’Reilly Auto Parts, and NAPA Auto Parts. It didn’t hurt that Advance’s Tom Greco, president and CEO of the $9.5 billion (annual sales) retailer since April 2016, previously was chief executive of Frito-Lay North America in Plano. That meant he knew Frito-Lay’s Tyler Reeves, who eventually left the Plano company to become Interstate’s president and general manager for national accounts.

“Tyler contacted me and said he thought there was a potential opportunity with Interstate,” Greco recalls. “I sent him a note back saying once I got my leadership team in place, I would ping him. A couple of months later I brought in a great chief merchandiser, Mike Broderick, and told him, ‘Get ahold of Tyler.’ Six to nine months later, the deal was done.”

The partnership calls for Advance to take its existing, private-label Auto Craft batteries off its shelves, making way for Interstate to become the exclusive automotive and specialty battery brand in Advance’s more than 4,900 U.S. and international locations. The initial five-year agreement will enable Interstate to up its battery sales by 8 million units annually, Miller says, while also speeding up battery deliveries to its 200,000-plus garages and dealers, thanks to Advance’s ubiquitous network of retail stores.

Advance, for its part, will gain the opportunity to sell its many other products, like brake pads and spark plugs, to Interstate’s tens of thousands of garages and dealers. Says Greco: “It’s a unique partnership, where one plus one equals three.” Adds Miller: “We think it’s going to make both of us better.”

By most accounts, Miller and his family have been making Interstate better for decades. Scott and his 79-year-old father, Norm, the privately held company’s board chairman, have a combined 80-plus years with the company, which sells all types of batteries but mostly those found in cars, trucks, and boats. The company’s batteries are sourced from a handful of mainly North American suppliers—including Milwaukee-based Johnson Controls. Johnson is a minority owner of the company alongside the Miller family, which owns most of it. Interstate, also an industry leader in recycling batteries, has more than 1,430 employees nationwide in three business units—distribution, national accounts, and retail stores—including about 630 employees at two offices in Dallas. In January, it was planning to hire 75 more.

Interstate Batteries was founded in 1952 by Dallas native John Searcy, who named it after the interstate highway system being built in the U.S. at the time. In addition to competing against battery-industry behemoths like Sears and Montgomery Ward, company lore has it, Searcy’s vision was for Interstate to help its employees, distributors, and partners provide for their families and give back to their communities “in a way that would please God.” Biblical or spiritual values, such as the “Golden Rule,” remain important parts of the company’s mission, although Interstate employees don’t have to be Christian to work there. 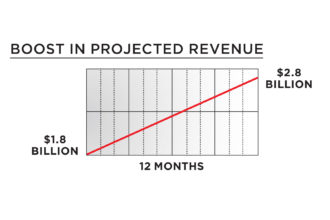 Scott Miller’s father, Norm, started with the company in 1962 as a route salesman with his own father’s Interstate distributor business in Memphis, Tennessee. Searcy recognized Norm’s abilities as a natural salesman and, in 1964, offered him a job at the Dallas headquarters. There, he was eventually charged with selling distributorships for the company throughout the country. (Today, Interstate’s network of 274 battery distributorships is the largest in North America.)

“He’s our Herb Kelleher—optimistic, enthusiastic, and creative,” Scott says of Norm, referring to the Southwest Airlines founder. “He invested in marketing and built the brand. If we don’t have the brand he built, the deal [with Advance] doesn’t happen.”

Like his father, Scott also paid his dues en route to the C-suite. Starting as a 5-foot-tall, 105-pound, part-time employee in 1982, 14-year-old Scott swept the floors of a Dallas warehouse and hauled and sorted the car batteries, which typically weighed around 45 pounds. Norm “told the crew, ‘Don’t make it easy on him,’” Scott remembers.

After graduating from Colorado Christian University near Denver with a degree in business management in 1991, Scott began full-time work with Interstate as a route sales manager in Bryan, Texas. Two years later, he returned to Dallas and began his climb up the corporate ladder, serving variously in marketing and advertising and public relations positions, and as vice president and senior VP over Interstate’s retail stores and independent distributor group, respectively. When he became the company’s president and CEO in 2013, succeeding Carlos Sepulveda, Interstate’s annual revenue was $1.5 billion.

Interstate says its purpose is “to glorify God and enrich lives as we deliver the most trustworthy source of power to the world.” The following are seven values it encourages in its employees.

Love
Treat others like you want to be treated.

Excellence
Do great things with the gifts you’re given.

Integrity
Be who you are and live up to your commitments.

Greco, of Advance Auto Parts, says he didn’t know Miller when Greco was in North Texas with Frito-Lay, but since has become “extremely impressed” with him. Miller “has very high integrity and is very principled,” Greco says. “Scott is smart, he thinks strategically, and he has the ability to look around corners and see what’s coming in the future. He’s also a great judge of people and character.”

Miller, who’s a dead ringer in person for Tim Daly, the actor who plays Tea Leoni’s husband on TV’s “Madam Secretary” series, says Interstate recently retained the Dallas office of Bain & Co., the Boston-based consulting firm, to advise it. After analyzing Interstate from top to bottom over the next few months, Miller says, Bain will “define and articulate our strategy for the next five years.

“Should we enter new markets? Should we stay in the markets we’re in now—or are they dragging us down? Should we be more aggressive internationally?” Miller asks. “Bain will help us write the roadmap. They’re riding shotgun with us. Our hands are on the wheel, but they’re helping us build the map.”

Whatever that roadmap ends up looking like, one thing’s for sure: There’s likely to be a Miller involved, just as there has been for the last 56 years. The CEO’s oldest son, Braden, 26, is already a product specialist in the company’s national accounts unit. Says Miller: “He sits 10 steps away from my door.”