Baxter Box steps onto the shallow reflecting pool outside the Winspear Opera House, joining a sea of dancing women in chic white dresses that they’ve accessorized with designer stilettos and the latest smartphones. The 33-year-old CEO’s surfer-like locks bounce as he jams to a pumping beat in a crisp white suit—an evangelist with his fashion-tech followers and wife and business partner joining him in celebration.

The party marks the end of the fourth annual conference for rewardStyle, a Dallas-based fashion technology startup Box and his wife, Amber Venz Box, co-founded in 2011. The company created a platform that helps fashion bloggers and social media influencers monetize their posts and retailers attract additional revenue.

“Dallas has the ingredients to be a fashion-tech launch pad.”

“I feel exhausted, exhilarated, and full of joy all at the same time when I look back over the last 12 to 24 months,” Baxter Box says. “Coming from a background in competitive sports, I wake up every day feeling like it’s another game day.”

At the forefront of rewardStyle, Box is helping the company break into new international territory, grow its team and offices, add strategic partnerships, and boost capital—all while taking on his new and most important role to date: becoming a father.

“Now that Birdie [my daughter] is here, we have set boundaries around our work and family time,” says Box, who two years ago combined his wedding with a rewardStyle business trip. “We knew that if we didn’t plan for family time, it wouldn’t happen.”

Birdie Box was born in November. While Baxter Box adapts to early mornings and international and domestic trips with his fashionista-in-the-making daughter, he’s also adjusting to rewardStyle’s shift into high growth. In the past year, the company hired 100 new team members, opened an office dedicated to software development in San Mateo, Calif., raised $15 million in funding, tripled the size of its Dallas headquarters, and expanded its physical presence to China, a market it has managed out of Dallas for the past three years. Its newest product LIKEtoKNOW.it, which helps fashionistas monetize their Instagram posts, also has matured into a major revenue generator, driving $100 million in sales for retailers as it enters its third year. 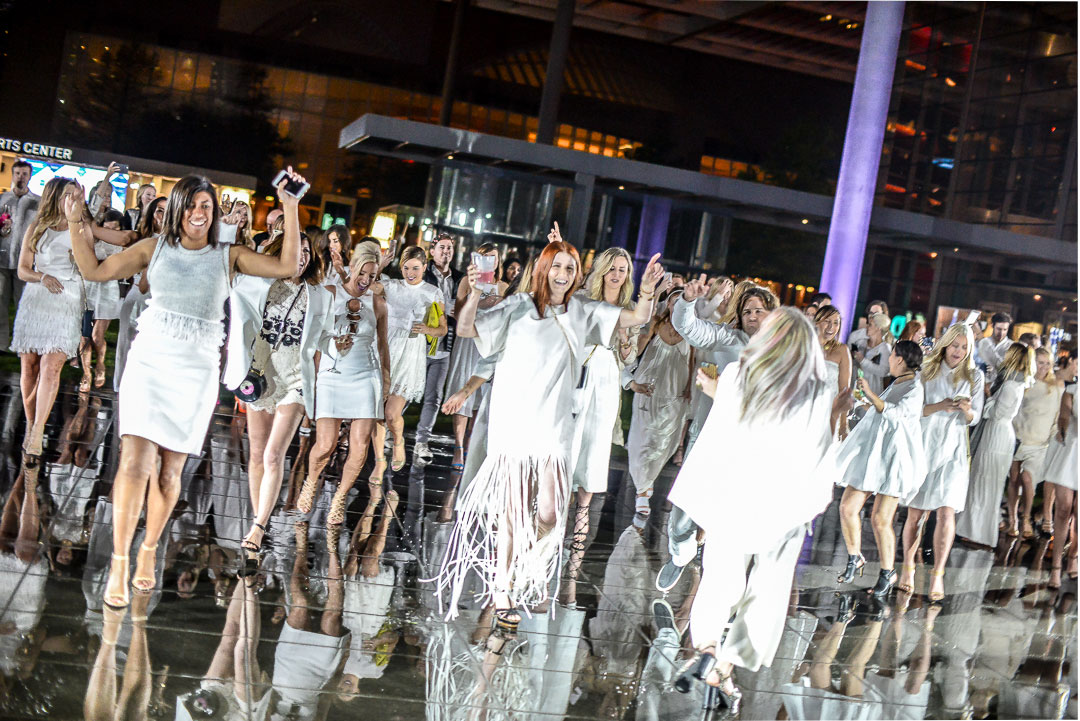 Amber Venz Box and Baxter Box party with a group of rewardStyle publishers. Photo: Kristi and Scott Redman
Photo: Kristi and Scott Redman
The company, which has attracted more than 9,000 publishers and 4,000 retailers around the globe, is expecting to generate $750 million to $800 million in gross sales for retailers this year. But even with its rapid growth, rewardStyle remains lean, both in funding and workforce. The team comprises just 190 employees.

“We always want one less person than we think we need,” Box says, adding that the strategy forces the company to hire strong talent. “And because of how deliberate we’ve been in the past with revenue, we’ve been able to finance our operations through cash flow.”

“China’s really interesting in that a lot of the consumers skipped desktop and went straight to mobile,” Box says. “They’ve been able to connect on mobile purchasing so much better than the U.S.”

So a six-person team from rewardStyle opened up an office there in August. The entrance served as China’s soft launch, while the team determines the needs of that market.

The company also moved into new Oak Lawn headquarters at The Centrum, which has been under renovation by Quadrant Investment Properties. At 32,000 square feet, rewardStyle’s new space is more than three times the size of its previous 8,900-square-foot office, and was custom-built after the two-floor space was gutted.

Education: Bachelor of Arts, Bachelor of Science in electrical engineering, math from University of San Diego; Masters of Business Administration in finance, strategy, and entrepreneurship from Southern Methodist University

Influenced by: His Christian religion

The new digs provide rewardStyle with room for growth while helping to preserve its startup culture; the company has two fully stocked bars, a game room, stocked kitchen, and various lounge areas. Culture is vital, especially as the company is regularly competing with the West Coast to attract top developers to Dallas.

“We want everyone to come to work and be excited about what they’re doing,” Baxter says, adding that the team often uses the hashtag #rsfamily. “Fun is a big part of it, [and so is] empowerment, commitment.”

RewardStyle’s 40-member developer team is led by the company’s new CTO, Scott Bedard, who joined in May and works out of the San Mateo office. While rewardStyle regularly scours the nation for top talent, Box says he never intends to relocate the company outside of Dallas, where he and Amber both grew up.

“Dallas has the ingredients to be a fashion-tech launch pad, but no one has stayed to facilitate that,” Box says, adding that North Texas makes traveling, paying taxes, and owning property easy. “We’re going to be a part of building the ecosystem so that for future entrepreneurs behind us, it will be easier.”

And so with his wife’s help and daughter in tow, the fashion tech missionary will continue his journey until he reaches the startup holy ground: a successful exit.