Entrepreneurs are known for relying on their own determination, ingenuity, and talent—rather than outside factors—when forging their success. So it’s no surprise that while many large corporations were laying low and riding out the Great Recession, a number of entrepreneurs found it to be the perfect time to launch their own venture or invest in their company’s growth.

Amtel Inc., which launched in 2009, has 500 employees and expects to hit $30 million in revenue this year. Acumen Brands, formed in 2010, is on track to generate $100 million or more. And Greatbatch Inc., which pumped tens of millions into R&D during the recession, has seen its revenue climb from $546.6 million in 2008 to nearly $664 milion today.

All finalists in EY’s Southwest Region competition were to be honored at an awards gala in Dallas on June 21. Local winners will then go on to compete for EY’s national and international Entrepreneur Of The Year awards.

Some people take unconventional routes to their dream jobs. And then there’s John James. James has a medical degree from the University of Arkansas. He went through a three-year residency in family medicine and, on the last day, decided to drop that career and become an entrepreneur. James paid for his undergrad degree in microbiology and medical training with money he earned from a company that published academic quiz-bowl questions and study guides—an enterprise he founded in his dorm room in 1995. All of which leads, with a couple of other startups in between, to Acumen Brands Inc. Launched in January 2010, the Fayetteville, Arkansas, company is a retailer with four different e-commerce operations, selling everything from apparel for Southern folks (Country Outfitter), women (Maple & West) and workers (Tough Weld) to medical scrubs (Scrub Shopper). With roughly 200 employees, 50 open positions, and 56 robots, Acumen can get products off the shelves of its warehouse and into a FedEx truck within 15 minutes of receiving an order, James says. Eventually, though, he plans to combine bricks-and-mortar with the electronic storefronts. “There is a plan to open dozens, if not hundreds, of stores around the country,” James says. Earlier this year, the New York private equity firm General Atlantic led a recapitalization and investment in Acumen worth a total of roughly $88 million. In the long term, James wants Acumen, which will generate nine figures’ worth of revenue this year, to take a spot among the giants of Arkansas commerce: Wal-Mart, Tyson Foods, and J.B. Hunt. “We want to be the fourth large company that does great things” in Arkansas, James says. —Jeff Bounds 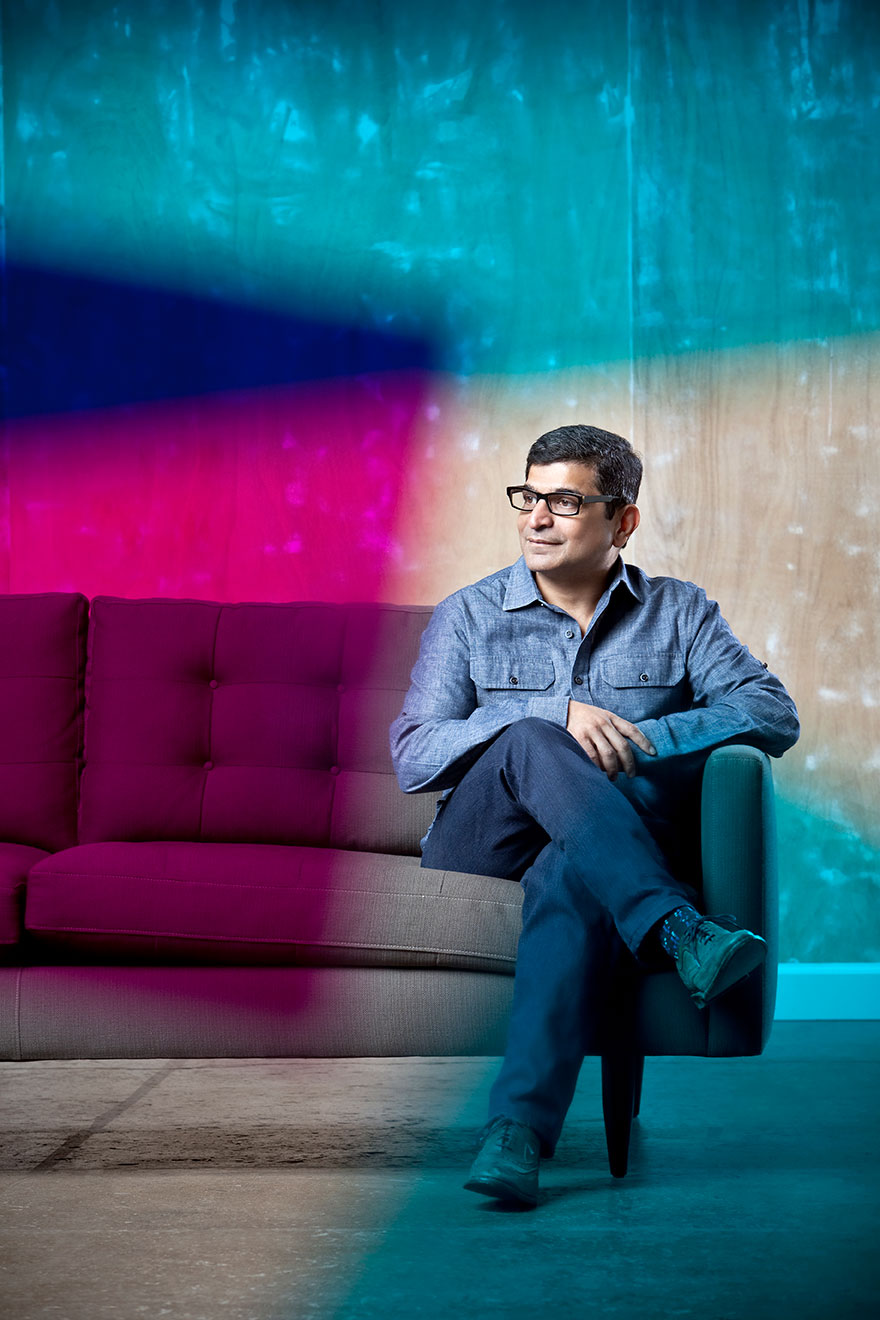 As a college student hawking shirts and hat overruns at Grapevine Trade Days, Raj Malik never envisioned that he would be running a hipster company that sells brands to nearly every major retailer in the country. His success didn’t come like “lightning in a bottle,” but has evolved over the last 27 years. Even so, he can pinpoint a pivotal moment in 2002 when he took a leap that would elevate his Irving company to a new level. “I was at the point that if I didn’t get organized and hire experienced people and a vice president of sales and operations and invest in software and a building, that we always would stay in the small realm,” says Malik, who immigrated to the U.S. from India on a student visa. It all clicked. Today Bioworld has more than 180 license agreements with most of the major studios and intellectual property holders, representing apparel, movie, and entertainment brands. The company has 215 employees, including 100 designers, and is averaging 20 percent compounded annual growth. As the licensing sphere expands, so does Bioworld. “We go wherever the customer goes,” Malik says. “Our core demographic is teens and youth, and their interests are so diverse. There’s so much content out there that it’s hard to keep up with all of it. As we invest in our people and the future, we keep bringing fresh products that the customer really appreciates.” —Karen Nielsen

After spending years in the hotel industry in property, operations, and sales and marketing, Dave Johnson and Les Bentley stepped out on their own in 2003 to start hotel management company Aimbridge Hospitality.  “We were fortunate at first, because we agreed that we wanted to staff for growth as if we were a big company,” Johnson says. “We both come from an operating background, so we stuck to what we knew, which was operating hotels.” They started with a portfolio of eight hotels and, for the first four years they were in business, 100 percent of corporate profits were pumped back into the company’s infrastructure. Today Aimbridge is the country’s second-largest independent hotel management and investment company, with more than 185 properties and 8,000 employees. It has experienced compounded annual growth of about 28 percent since its launch. “We’ve had pretty good luck,” Bentley says. “We’ve only been in business 11 years. One of the reasons we are doing well is that we are doing simple but important things better than other companies.” In 2010, Aimbridge started its Resort and Luxury segment with seven properties, including resorts in Jamaica, Puerto Rico, and Haiti. In 2013 it added Channel Point Hospitality, which focuses on economy hotels. Now discussions are under way, Johnson says, to enter the markets in Mexico and Latin America. —Glenda Vosburgh 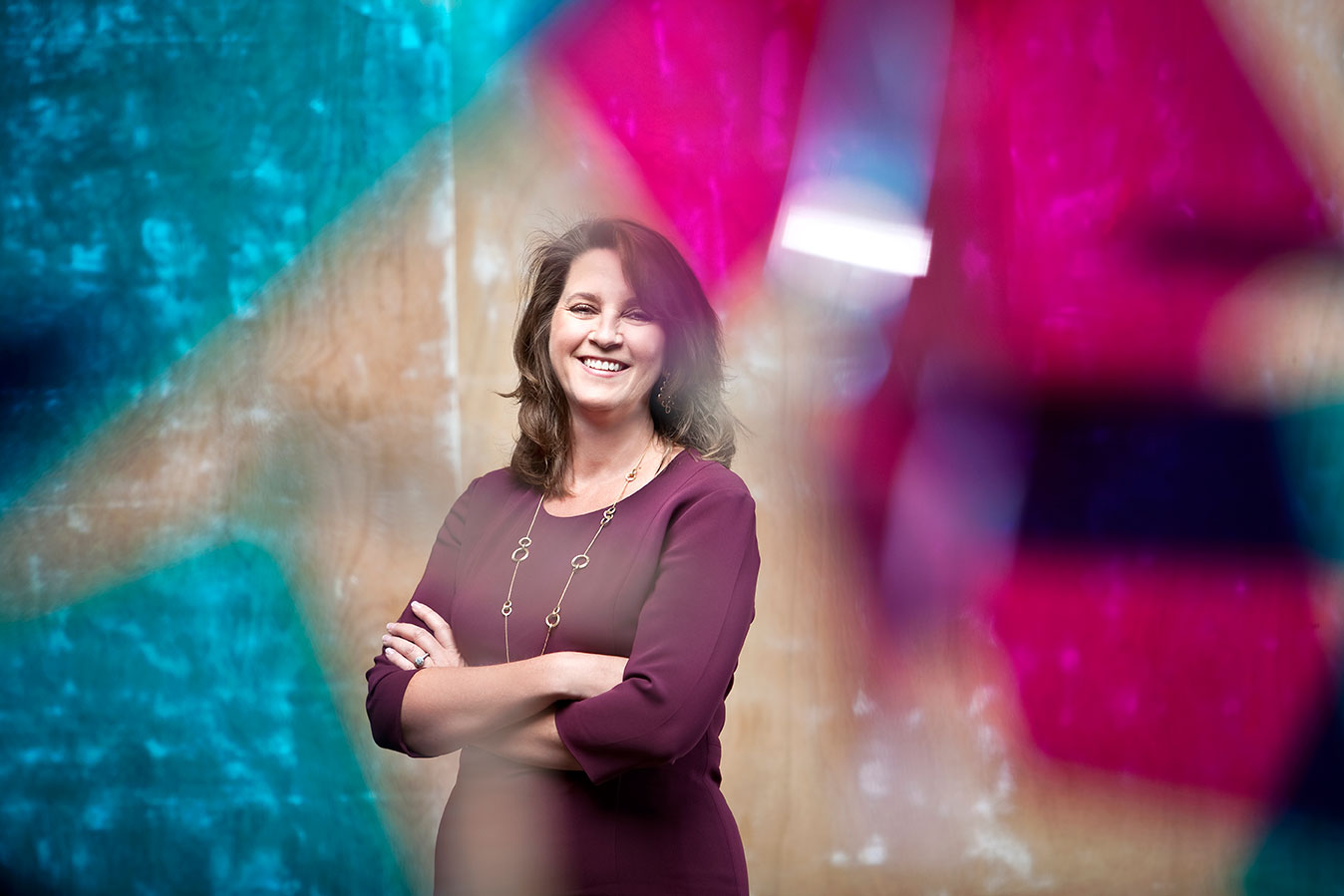 As a 29-year mortgage industry veteran, Caroline Reaves has never seen a regulatory environment like this before. In the field service world, it was common to handle one or two changes a year. In this climate, Mortgage Contracting Services is now dealing with one or two modifications a week. She views these changes as a chance for Plano-based MCS to develop products and enhance technology to make life easier for its clients. “If we can be ahead of the game it really gives us an opportunity,” she says of MCS, which is a nationwide provider of property preservation, inspections, and real estate owned (REO) property maintenance to the financial services industry. Reaves joined MCS in 2007 and was named chief executive in 2009. During her tenure employee count has expanded to 450, up from 93, and revenue has grown by 45 percent over the last four years. Early in her career, Reaves helped form the Mortgage Bankers Association Property Preservation Work Group, which she now chairs. Collaboration is crucial among competitors, clients, and non-clients to create an ongoing dialogue and a united front about the issues facing the industry, she says. “If we have a challenge with a regulation, it’s important for us to understand what those challenges are,” Reaves says. “I’ve never seen servicers work so well together as they have the last few years.” —K.N.

In the business world, one rule of thumb is that companies launched during the worst economic times often turn into the brightest stars. That may wind up holding true for Irving-based Amtel LLC. A retailer for products and services offered by wireless giant T-Mobile, Amtel started from virtually a standstill in July 2009, when the economy was reeling from the housing bust. Today it has roughly 500 employees spread across 66 stores in places like North Texas, the San Francisco Bay Area, and parts of Ohio and Kentucky. The company’s start came via three friends who, in the previous decade, ran and sold a Chicago-based T-Mobile retailing operation: Ehab Sweis, George Tadros, and Jeff Bookout. Sweis, who is Amtel’s chief executive, says the company’s annual revenue has grown from $12 million in 2012 to $21 million in 2013, and that sales for 2014 could eclipse $30 million. The company could bring aboard at least 100 people this year, he says. That number could go as high as 472 if one or more acquisitions that Amtel is looking at pan out. He hopes that at least one of these acquisitions might happen by the third quarter of this year. Regardless of what happens on the merger-and-acquisitions front, Amtel should add another 14 stores over the next 12 months, Sweis says. “We have a five-year plan to go to 100 stores,” he says. Amtel has also raised an undisclosed sum of debt financing to aid its growth, Sweis says. —J.B.