Few industries are as critical to the vibrancy of North Texas as healthcare. The sector adds more than $52 billion to the local economy each year and supports at least 600,000 regional jobs. It’s also tough to find a field with a more virtuous mission; after all, healthcare companies and workers are in the business of improving and saving lives. We think that’s worth a little recognition. Our new Excellence in Healthcare Awards—produced in partnership with our online news site, D Healthcare Daily—honor industry executives, practitioners, innovators, researchers, and others who stand out in their fields. The inaugural program attracted more than 180 nominations. From that group, D CEO editors selected 30 finalists and winners in 11 categories. We’re pleased to tell you more about them on the following pages.

When Dr. Stephen Mansfield became Methodist Health System’s president and CEO in 2006, the board charged him with expanding throughout North Texas. He had been chief executive at St. Vincent Health System in Little Rock, which had five hospitals. Methodist had a paltry two.

In eight years, the system under Mansfield has nearly tripled its revenue, ballooning from $450 million in 2006 to more than $1.1 billion. It now has seven hospitals in its portfolio, and boosted its primary care locations from six to 26. The 14,000 enrollees in its Accountable Care Organization also saved Medicare $12.7 million last year.

“Our current strategic plan is more focused on the retail side of healthcare; more primary care, more urgent care, getting more locations that are closer to populations,” Mansfield says. “I don’t know that we’ll grow the way we have on the hospital side, but I think we’ll grow exponentially on the outpatient side.”

In 2014, the system celebrated two milestones meant to separate it from the region’s crowded pack of care providers. First, it opened a new, state-of-the-art trauma tower at its Oak Cliff flagship: “We had a lot of talented trauma surgeons, but it was kind of like having a World Series-class baseball team, but only having a 20,000-seat arena,” Mansfield says.

Next, it became the only health system in the state to pair with the renowned Mayo Clinic for a care collaborative. As a result, Methodist’s physicians can turn to hundreds of Mayo’s evidence-based protocols if they get in a bind with a diagnosis or a treatment option.

“We’ll have a focus on patient experience, outcomes, safety—the product, basically,” Mansfield says. “And yes, through Mayo and other commitments, we’ll compete with anybody, anywhere.” 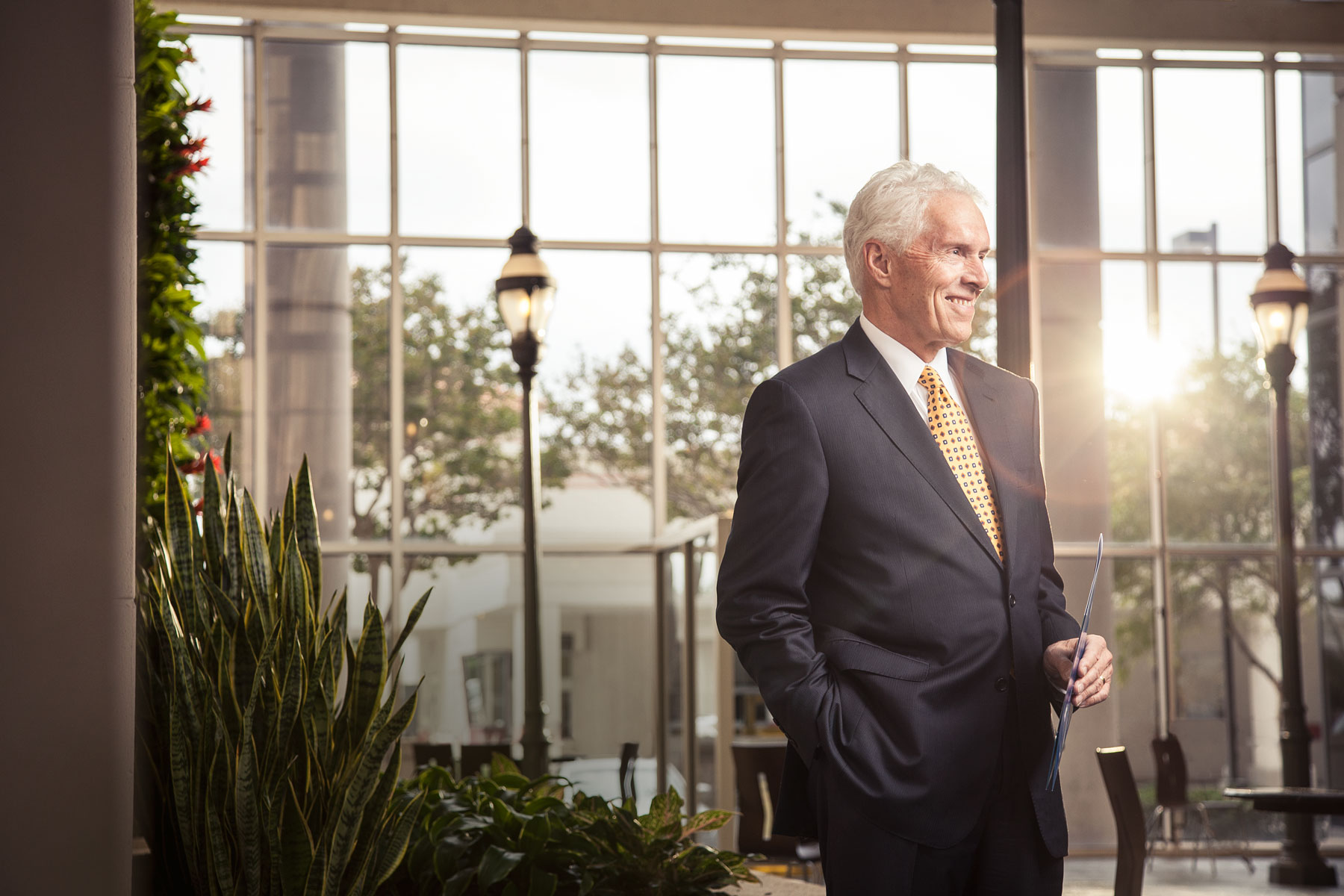 Dr. Carl Couch has a passion for improving healthcare in this country, and he readily admits things need change. “Healthcare costs too much and doesn’t have good outcomes,” Couch says. “There were 93,000 preventable infections reported [in the United States] last year, and many of those infections were caught in hospitals.”

As president of Baylor Scott & White Quality Alliance, a clinically integrated accountable care organization that was created in 2011, Couch is working with other medical professionals to make things better. It starts with communication.

“Medical care in the U.S. is not integrated,” he says, referring to the fact that the various doctors and medical care providers that a patient may see don’t talk to each other about that patient’s care.

Sharing information can be important for the patient and is at the core of clinically integrated accountable care, which is a growing trend in the U.S. BSWQA, one of the largest such organizations in the country, is comprised of employed and independent physicians, hospitals, and other providers. It has seen an increase in patients over the last two years.

“Baylor has 43 hospitals, 29 nursing homes, and other facilities,” Couch says, taking patients from wellness, to illness, to end of life.

“We must come up with solutions to improve the quality of care while lowering the costs,” he says. “We believe that solutions have to be very local, and we’ve built a team of professionals who are passionate about doing that.” 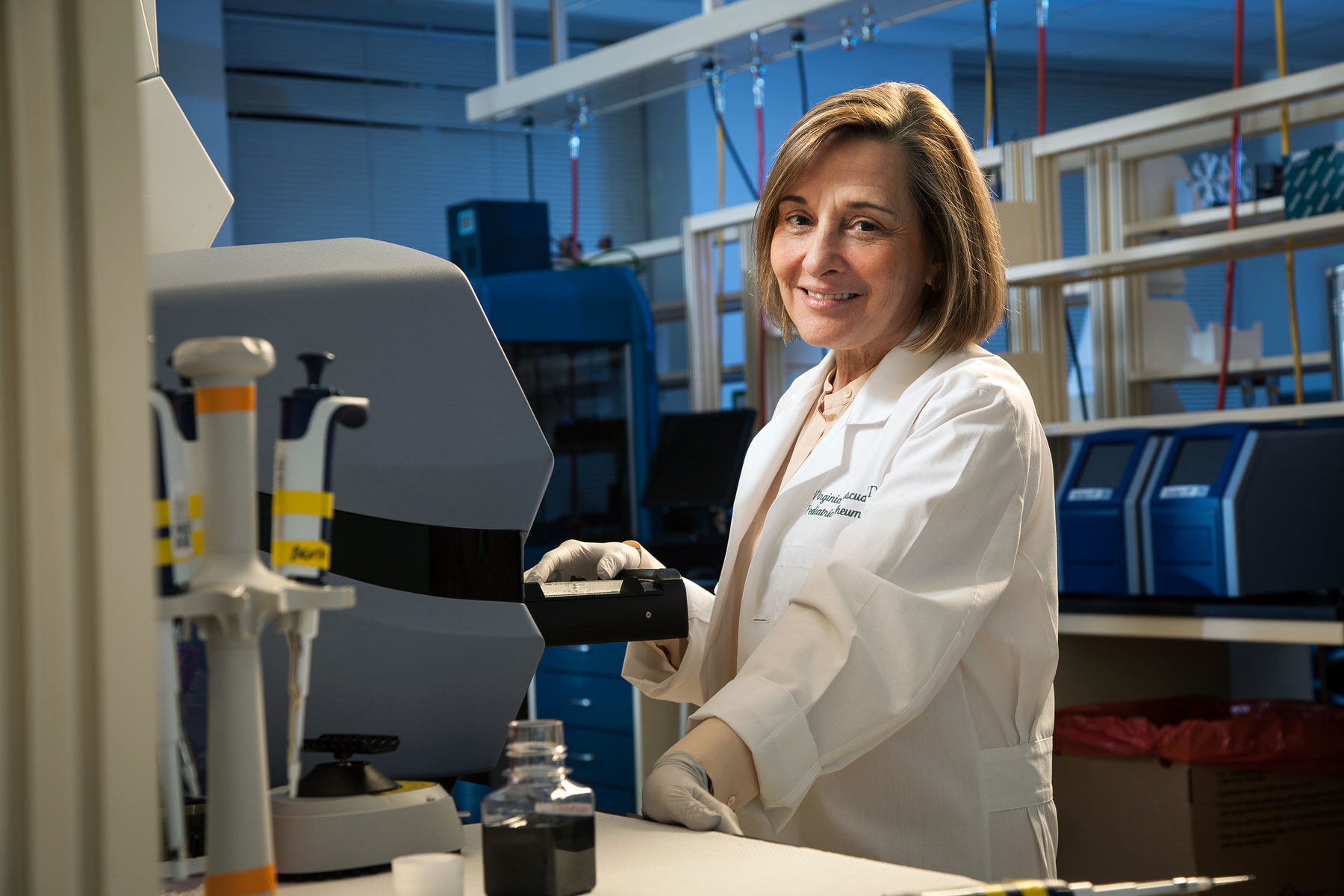 Systemic-onset juvenile idiopathic arthritis, or SoJIA—also known as Still’s disease— is a form of arthritis that affects 25,000 to 50,000 children in the United States. Ultimately, it can result in a child being stuck in a wheelchair for life. What’s worse, existing medications for SoJIA have serious side effects, such as growth retardation, cataracts, and high blood pressure.

This frustrated Dr. Virginia Pascual. The co-director and principal investigator at the Baylor Institute for Immunology Research, Pascual led a team that found SoJIA patients’ bodies produced excess interleukin 1, one of a family of molecules that immune cells release when bad things enter the body.

In working to develop a drug for rheumatoid arthritis, the researchers discovered that SoJIA patients’ serum—the pale-yellow component of blood that holds blood cells in suspension—prompted excessive production of interleukin 1 by healthy cells.

It so happened that a drug was available to block that molecule. Pascual’s team got permission from the families of two children with SoJIA to try it out on them, after every other treatment had failed.

In less than 48 hours, the kids’ arthritis was gone. Pascual’s team later extended the treatment to more patients, then took the drug into clinical trails.

“Somebody had to do it,” Pascual says. “I am very happy that my colleagues and I decided to go for it.”

Thrive, the employee wellness program at Baylor Scott & White Health, is a far cry from the one-size-fits-all programs often seen in the workplace.

By analyzing information gleaned from health screenings stored in its data warehouse, the company is able to provide prevention and intervention programs specifically targeted to the needs of program participants.

“We used to try to do everything for everyone, but not anymore,” says Becky Hall, the company’s vice president of health and wellness. “Every year, we look at the analytics to see where we need to put emphasis. If, for example, high blood pressure is a problem in a certain department, we can provide programs to address that issue.”

Employees and their spouses have access to a comprehensive offering of services, tools, and resources specific to their needs, as well as rewards for participation, including reduced health insurance premiums. Thrive is not only supported by members of Baylor’s leadership team; they are also participants.

From 2010 to 2013, data shows that the Thrive program inspired 28.7 million minutes of exercise among participants and resulted in 47,937 pounds lost.

Stress-management services are tailored to specific needs. “Stress can be caused by many things,” Hall says. “Sometimes it may be work-related, at other times financial or other reasons. We provide things like chair and hand massages, but we also make use of our chaplains.”  — Glenda Vosburgh 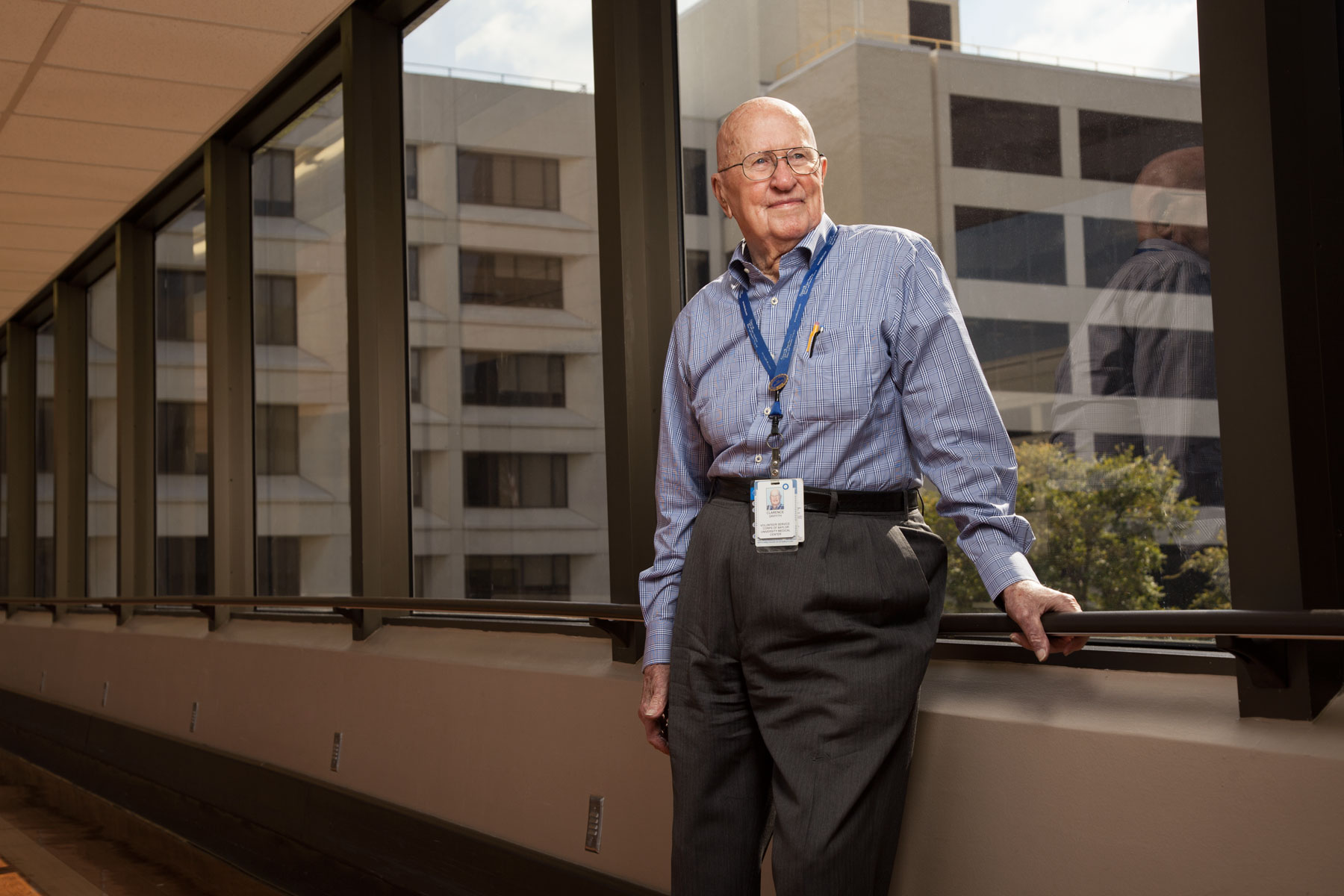 One Monday in October, Clarence Griffith was gliding through the cardiac unit’s critical care waiting room at Baylor University Medical Center. It was busy—at least six families were there holding out for news about their loved ones.

The mood seemed grim, but Griffith was hustling. He made at least a dozen pots of coffee. He sat with the families and kept them stocked with tissues. And when a reporter arrived to pull him away, his first inclination after leaving the waiting room was to look over his shoulder back in their direction: “I just take care of the families when their loved ones have undergone a procedure,” he said. “It’s been a hectic day, but it’s all right. We can make it through.”

Each Monday, Griffith is here. It has been his routine since 2007, six months after he recovered from a triple bypass and valve replacement at the ripe, young age of 94. He’s 101 now, by the way. And he still drives from a retirement village near White Rock Lake to console the families of patients.

Griffith is unrelenting with positivity, driven by his Christian faith. On this Monday, five families were preparing to lose loved ones. Griffith helped them through the grieving process, suggesting that they think about the good things they and their loved ones had experienced: “Think about the times when you first got married, the pleasant times you had on vacation, the children you had, and raising the children.”

Then he cracked a sympathetic smile: “And think of the hereafter.”