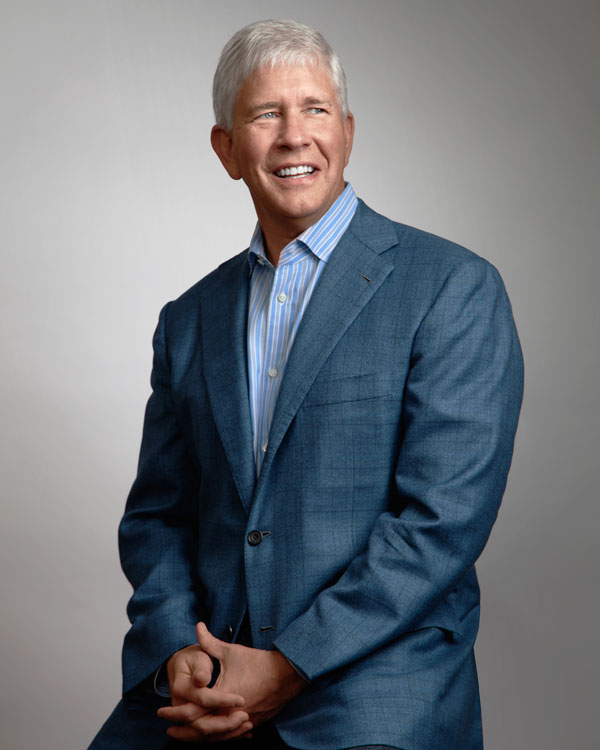 In the 1990s, a young lawyer-turned-entrepreneur set out to make it big in the dairy products industry.

Gregg Engles began by acquiring companies with a business partner, starting with Reddy Ice, and soon crafted a private-equity deal to consolidate the U.S. milk industry. In 1994, Engles and his team effected a $100 million leveraged buyout of Suiza Dairy.

Next was the acquisition of Dean Foods Co., which processes and distributes dairy products, and a company rebrand. By 2002, Dallas-based Dean Foods was worth $10 billion; by 2012, its revenue had grown to $13 billion and its employee count reached 25,000.

In August 2012, Dean Foods revealed its separation from subsidiary The WhiteWave Food Co., which sells Horizon Organic milk, Silk soymilk, and Alpro. At the announcement, stock prices soared by $1 billion.

In May, Engles announced he would leave his post as chairman and CEO of Dean Foods to lead Denver-based WhiteWave.

“I’ve had an entire career of being an entrepreneur, focused on building value for our shareholders,” Engles says.  With the WhiteWave move, “I’m incredibly excited to be back in a small company, building eye-popping numbers.”
—Shashana Pearson-Hormillosa

in the age of big-box retailers, which have technology systems squeezing costs out of every corner of their stores, how can small fry compete head-on?

ECi technology not only helps run e-commerce websites for those small players, it also does everything from finding the best routes for delivery drivers to sending alerts to executives when customers’ buying tails off.

The Fortune 1000 set has been using the types of technologies that ECi sells for years, leaving big software vendors like Oracle and SAP fighting over largely saturated markets. The niche ECi plays in, on the other hand, is big and fertile. Witness the company’s growth: Revenue climbed from $89.1 million in 2011 to top $100 million last year, and should surpass $110 million in 2013, Books says. He expects ECi’s 550-person headcount to grow by 50 to 75 people organically this year.

The business has made 13 acquisitions since 2006, and Books says he has another two or three deals in his rifle sights.
—Jeff Bounds

Glazer’s Inc. was at critical point in June 2010 when the company’s executive chairman, Bennett Glazer, brought Sheldon Stein in as CEO. Revenue at the Dallas-based distributor of wine, spirits, and malt beverage products had been stagnant for years, financial systems and technology were outdated, human resources was in disarray, and key suppliers had pulled their business.

Stein added senior executives Rob Swartz and Thomas Greenlee, and together the four leaders created a plan of action to turn the business around. “We have a great team,” Stein says. “Anytime you do what we are doing, no one does it alone.”

Stein and his team personally met with every supplier to strengthen relationships. Outside talent was hired to bring in new ideas, and employees who showed potential to tackle big issues were promoted. Glazer’s also started a leadership camp to train managers.

The new executive team directed nine acquisitions or joint ventures over the past two years and overhauled compensation and performance management programs. Glazer’s has grown about 15 percent a year under the new leadership, Stein says, with revenue topping an impressive $4 billion.
—Glenda Vosburgh

Ralph Hawkins discovered the value of an internship long before today’s “intern nation.” This year marks Hawkins’ 40th anniversary at the Dallas-based international architecture firm, HKS Inc. During that time, Hawkins has worked his way up from the lowly intern ranks to become chairman, president, and CEO.

During the 2008 recession, 6,000 U.S. architectural firms closed shop and 60,000 architects across the country were laid off, Hawkins says. HKS Inc. took advantage of the opportunity to make acquisitions, and has emerged “stronger than ever,” he says.

When Hawkins took the helm in 2001, the firm employed 350 and had 13 offices. Today it  employs more than 1,000 and operates 30 offices around the globe. The architecture firm recently made a big corporate headquarters move, shifting operations from its longtime base in Uptown to One Dallas Center in downtown Dallas.
—Erica Robbie

Randy Watson is a traditional cowboy: he speaks in a soothing drawl with Southern kindness and a bit of jocularity. But Watson also is known for his business acumen as chairman and CEO of Fort Worth-based Justin Brands Inc.—the world’s largest manufacturer of western footwear. He joined the company in 1993, and was promoted to chairman and CEO in 2011 by Warren Buffet, whose Berkshire Hathaway acquired Justin Brands in 2000.

Watson uses his more than 30 years of experience to lead his nationwide team of more than 1,000 employees. In 2008, Watson rolled out Justin’s Famous Texas Boot program, in which retailers exclusively offer what Watson calls Justin’s “full stable of brands.” Since its implementation, retailers have seen a whopping 300 percent increase in revenue. The company itself has seen double-digit growth for the past five years.

In 2012, Watson expanded its focus to include international markets, taking the company in just 12 months to Canada, Asia, Mexico, Central and South America, Europe, and Australia.

“I have the opportunity to nurture, cherish, and protect a company that has been iconic around the world since 1879,” Watson says. “You get on an airplane, tell the person next to you that you work for Justin Boots, and you’ve got a friend for life.”
—Shashana Pearson-Hormillosa

As a third-generation entrepreneur, Larry Lacerte likes the idea of working with people—but not for them.

“I love working for clients and innovating,” he says. “If it’s not innovating, it really doesn’t interest me. I’m not into redundancy, I like eliminating that with automation.”

A self-made man with no college degree, Lacerte sold his first company, a tax preparation business he launched in his garage, to Intuit for $400 million in 1998. Three years later he formed ExponentHR, which automates functions like payroll and human resources.

The Dallas-based business counts about 600 companies, including the Dallas Cowboys and FC Dallas, among its customers.

ExponentHR is growing about 25 percent annually, hitting $15 million in 2012 and projecting $18 million this year. Through acquisitions and other growth, Lacerte expects the company to double in size in two years.

With Obamacare on the horizon, ExponentHR has a robust program that will help clients deal with compliance and can drill down on the best options for employees, Lacerte says.

A father of seven who was diagnosed with leukemia in 2010, he has since undergone two bone marrow transplants and is now in remission. Lacerte recently traveled to Europe and welcomed his first granddaughter. “Everything is going great,” he says.
—Karen Nielsen