If you seek evidence that Paul Raines is suited to the job of running the world’s largest video-game retailer, look no further than the cover on his iPhone. It has a furry, brown backside, across which runs the raised design of the bandoleer sported by the character Chewbacca in the Star Wars films.

Could there be a stronger signifier for the worthiness of his high station in the industry than this talisman of the preeminent geeky pop culture phenomenon of our times?

Raines is concerned about coming across as “authentic.” It’s something that’s important for all leaders, he says, but even more so in the world of gaming.

“If you don’t have authenticity, gamers smell a rat a mile away. That’s why I play four hours of games a week.”

Just don’t call him a gamer. In the world in which his Grapevine-based company is a major player, that term is reserved for the most serious of enthusiasts. He plays not just because it’s fun, but also to stay in touch with what his customers are doing. It’s the same reason that, during the eight years he worked as an executive with The Home Depot, he tackled plumbing projects at his house on the weekends.

We’ve met at 8 a.m. on a Wednesday at a relatively empty Corner Bakery in Southlake Town Square, not far from GameStop’s corporate HQ as well as Raines’ home. Aside from a large coffee, he’s unsure what to order when we approach the counter. “Can I have some egg whites with veggies or something?” he asks the cashier, who suggests the Farmer’s Scrambler. After a quick glance at the overhead menu, Raines agrees. “But with no cheese.”

I order the steel-cut oatmeal and orange juice (an Odwalla bottle I pick up at the counter), and we head to a table to wait for our food. Raines tries to maintain a healthy diet, although that’s sometimes difficult to accomplish when he’s traveling so much—about 35 percent to 45 percent of the time these days. GameStop, which generated $9.6 billion in revenue in 2011, has more than 6,000 stores in Europe, Australia, and the United States, operating in 17 countries worldwide.

It has been a challenging couple of years for the company, and not just because of the aftermath of the Great Recession. The video game world revolves around “console cycles,” as the major manufacturers—Nintendo, Sony, and Microsoft—tend to release new versions of their game consoles in quick succession. A flood of revenue comes to retailers like GameStop after the release of the latest, greatest systems, as consumers clamor to buy the new models and the new games designed for them. But after a few years, the excitement of the last Wii or Playstation wears off and sales get progressively slower. That’s what happened in 2011 and most of 2012.

Raines calls it the “console trough,” the period when GameStop eagerly awaits the release of the next generation of video game platforms. Fortunately, the trough is no more. Nintendo just released its new Wii U, and Sony and Microsoft are expected to come out with their own new offerings later in 2013. “Hallelujah,” Raines says of the news. 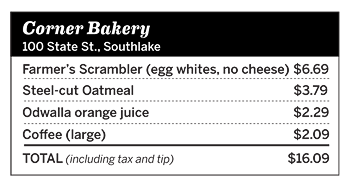 As our food arrives, we get talking about another major aspect of GameStop’s business that has been outside its own control: the changes in technology that allow games to be streamed online. As downloading, rather than buying physical discs, becomes the norm, will there be a justification for continuing to operate thousands of brick-and-mortar stores?

GameStop is already heavily invested in digital technology. It purchased several companies during the last few years that will allow it to provide more download and streaming options to customers. By upselling downloadable add-ons to games when a customer makes a purchase at one of its stores (selling codes players can use to access that extra content), GameStop has grown its digital revenue from $190 million in 2011 to more than $600 million in 2012. The company projects it will reach about $1.4 billion by 2014.

Does that mean that digital products will soon account for a larger share of its business? Possibly, but Raines doesn’t anticipate shuttering the company’s legion of storefronts anytime soon. Not when many produce more than $1,000 in revenue per square foot.

“People always want to compare us to Best Buy and say, ‘Well, but shouldn’t you be closing your stores?’ Well, we’d love to close them if they were unprofitable,” he says.

We finish and head out to the parking lot, where I’m a little surprised to see the tall Raines fold his frame into a little Fiat and drive away. Yet somehow the unassuming choice of ride seems appropriate for a guy who carries a Wookiee totem in his pocket.