Holmes Murphy will be expanding its reach to Houston and Central Texas with the addition of Vice President and Market Leader for South and Central Texas, Employee Benefits, Travis Brashear. The Dallas-based firm hopes to expand its employee benefits division into the new regions with the hire. 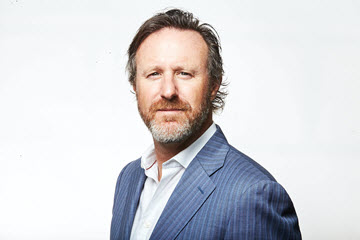 Brashear has 22 years of experience in benefits, and arrived in Texas in 2004 as the Market Leader for the South and Central Texas and Louisiana divisions of CIGNA HealthCare. While there, the lawyer helped developed one of the first accredited accountable care organizations. After that, he consulted as practice leader for Willis Towers Watson in Houston and most recently was Chief Growth Officer for Imagine Health.

“As we enter into the Houston market, our team is focused on bringing innovative solutions tailored specifically to the companies in the area,” said Wally Gomaa, Holmes Murphy Employee Benefits Sales Leader and Chief Executive Officer of ACAP Health via release. “And, nobody knows this market better than Travis.”

Brashear experienced with numerous leadership roles  while in Houston. “I’ve lived in Houston for 15 years and really love this city. I’ve been privileged to serve on the Mayor’s Wellness Council and lead the Houston Wellness Association (now the Houston Business Coalition on Health), as well as had the opportunity to consult with some of the most progressive employers in Houston. I’ve seen firsthand the business community struggle to deliver affordable healthcare to their employees. This role will allow me to bring the creative solutions I’ve spent a career creating to our clients, and the opportunity to build the best team in the industry,” he said via release.

The Dallas Holmes Murphy office has been around since 1987 and employs 222 of their 1,000 employees.