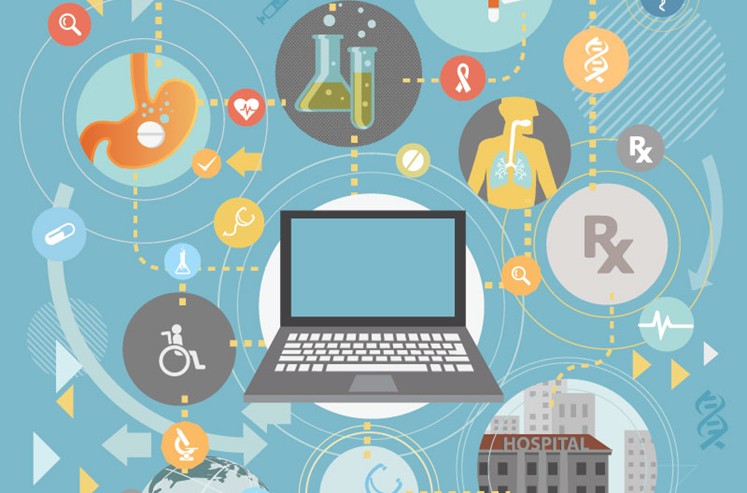 I didn’t expect to be discussing healthcare consolidation with a former president of the Dallas County Medical Society when I dialed Dr. Rick Snyder one recent afternoon. I had him on the phone for a different story—one about heart transplantation—but the conversation veered into a talk about how the landscape is changing here.

“Think about it this way,” Snyder told me. “There are physician providers, hospital providers, and insurance companies. It’s a health truism that when any two of those align, they dominate the third.”

Snyder, who is medical director of Advanced Heart Failure and Cardiac Program Development at Medical City Dallas, offered that nugget while we discussed there being only three centers in North Texas that swap out hearts. It’s one of the tricky, high-capital procedures that not every center can afford to offer.

Arlington’s Texas Health Resources does not perform heart transplants. UT Southwestern Medical Center does. About a month before our chat, the two announced they’d be linking to create something called Southwestern Health Resources, an integrated care network that will one day merge all patient records across 27 hospitals and hundreds of care sites.

Under the terms, the new network will provide access to the THR and UTSW-affiliated physicians, bridging specialties and procedures that were not previously offered individually, like heart transplants. It creates a joint operating company made up of Texas Health’s Presbyterian Dallas Hospital and UT Southwestern’s William P. Clements Jr. and Zale Lipshy University hospitals. A partnership or alliance was the only way the two could join; UTSW is a state-funded institution and public dollars cannot flow to a private or nonprofit system, making a merger impossible.

With that context in mind, return to Snyder’s truism, and look at how healthcare providers have changed in North Texas. In just the last two years, the marketplace has been reconfigured by partnerships and alignments. We’ve seen a flood of new names, the most visible being Scott & White and the Cleveland Clinic and the Mayo Clinic in Rochester, Minnesota. The Cleveland Clinic is actually sending Baylor Scott & White patients from its larger employer contracts—an effort to make it more appealing to large-scale companies that may have a presence near North Texas. After all, if you’re in Little Rock, Dallas is much closer than Cleveland. Also, Dallas-based Tenet Healthcare Corp. partnered with Baylor Scott & White last year to link together five hospitals in eastern Dallas County.

Methodist Health System became part of the Mayo Clinic Care Network. Now, the two have an avenue to share best practices. Each of their affiliated physicians can ping-pong treatment ideas for complex patients. These systems, a few of the largest in North Texas, are attempting to stand apart from one another. They’re angling to get better payer contracts, to attract more patients, to retain affiliated physicians—and to keep them and their patients away from the competition.

“This is a hospital-wide version of ‘Game of Thrones’—that’s what’s going on,” says Snyder. “They’re playing to win, and in this whole era of the Affordable Care Act, you have to be big and comprehensive and provide the whole service line.”

That’s not how the health systems sell their moves, but the underlying data shows they exist within a highly competitive, concentrated marketplace. A Kaiser Family Foundation study shows that the rate of inpatient days per 1,000 Texas residents has been declining for nearly a decade, which is in line with the national trend. With passage and implementation of the Affordable Care Act, providers have had to shift their strategies away from being reimbursed for each patient who walks through the doors. New payment models fueled by Obamacare now penalize bad outcomes. The systems began a rush of acquiring doctors offices and outpatient centers. Now, they’re looking for even more leverage.

The current scramble is to build a critical mass of patients that can be managed through data analysis to prevent them from getting sick in the first place. You can watch how this population navigates your healthcare system, when they went to the doctor, which procedure they received, whether they picked up the prescription. And that’s all done within yoursystem. Not theirs.

“The hospital market is saturated and you’re competing for a share of a pie that is not really growing that much,” says Allan Baumgarten, a Minneapolis-based analyst who has studied Texas hospitals for decades. “They’re trying to find different tools to use to promote why you should go to Texas Health as opposed to Baylor Scott & White or as opposed to Methodist.”

So: Texas Health patients will have access to clinical trials performed at UT Southwestern. UT Southwestern has access to a larger patient population. Both use the EPIC system to manage their electronic health records at hospitals and outpatient care sites. Those will be linked within 18 months in what UT Southwestern President Dr. Daniel Podolsky calls a “seamless continuum of care across all of the network.”

“There are patients we see that come to us for help with some condition—for example, advanced heart failure—but they live in Tarrant County,” he says. “We would hope, through this network, to find them a physician who is somewhere in the THR network, who is able to take on the ongoing care of that patient with the benefit of them being able to see what happened to them at UT Southwestern.”

Barclay Berdan, the CEO of Texas Health Resources, says the existing contracts the facilities have with insurance companies will expire sometime in the next two years. After that, they’ll discuss how to contract for this robust network.

“It’s important to create a highly reliable network that can pursue the current science and deliver that under a broader scope of facilities through physicians that are distributed across North Texas,” he says.

As the healthcare consumer, understand that you’re desired. In Dallas-Fort Worth, more than half of all patients are seen by Baylor Scott & White Health, HCA North Texas, and Texas Health Resources, according to Baumgarten’s Texas Health Market Review report. Be aware of where your preferred physician has privileges, and which insurance plans he or she is accepted on. Take this example: Texas Health Physicians Group, or THPG, sends out a document known as Expected Service Standards and has its specialists sign it. One of those standards is this:

To facilitate quality auditing and continuity of care, use THR and THPG facilities unless the decision, in the physician’s judgment, will impact the patient’s health and/or well-being; or the patient chooses to be referred elsewhere; or the specialty/service do not exist at a particular THR facility.

Now, back to Snyder: “What you’re seeing with Baylor buying Scott & White and aligning with Tenet, with Southwestern and THR, well, that means HCA is going to do their darndest to keep whatever’s within their system within their system. At the end of the day, we’re all going to be crips, bloods, and warriors. It’s going to be very difficult for one program to have 100 percent domination.”

Expect to see new names, and expect to see some old ones pair up. That goes for about any major urban market. And especially now, as a patient, be sure to know where your allegiances lie.

This piece originally appeared in the March issue of D CEO magazine.