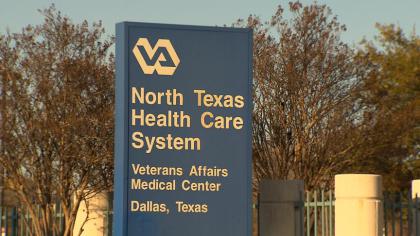 Director Jeff Milligan said he was unsure if the system is part of the nationwide criminal audit of 26 facilities led by the VA’s Office of Inspector General, triggered by whistleblower allegations of falsified records and treatment delays highlighted at the VA in Phoenix. However, he says the investigative arm of the IG’s office visited the North Texas branch “on two or three occasions over the last week” as did separate auditors from the VA.

The White House has not disclosed the specific systems under investigation.

“The complainants have come out and we’ve acknowledged a few of those,” said Joanne Moffett, a spokeswoman in the IG’s office. “But we really think that disclosing the sites could impede our review so we’re not going to release that information.”

The visits likely came at the behest of Congresswoman Eddie Bernice Johnson, D-Dallas, who last week asked the IG to investigate whether employees “were instructed to destroy appointment records.” She said she was acting on a tip. When asked directly, Moffett would not confirm whether the North Texas branch is under investigation.

“I can guarantee you nothing like that came out of my office,” Milligan said in an interview Friday morning. “We had two external teams come in over the past two weeks that have looked at our scheduling processes and what they have said to me is, ‘We haven’t found any evidence of a secret list, we haven’t seen any evidence that people are manipulating data.’”

Those external teams were dispatched independently of the IG’s office. After the first allegations rose to the surface earlier this month, embattled Veterans Affairs Secretary Eric Shinseki ordered a team of 200 investigators to look at the scheduling practices at all 150 VA hospitals throughout the country.

All VA locations aim to see patients within 14 days of his or her initial appointment. Phoenix’s investigation centered on allegations of a backlog so deep that 40 patients died waiting to receive care. They also alleged that employees created secret waiting lists to hide the delays.

Milligan said the VA auditors “didn’t find any smoking gun or any evidence of a secret list” locally. The North Texas system, which had 1.4 million visits last year, aims to have 99 percent of its primary care patients seen within 14 days. It has a goal of 98 percent with patients requiring specialty care.

In March, during a media open house at the VA’s South Dallas headquarters, Milligan presented data showing 98.9 percent of primary care patients were seen within 14 days while 97.25 percent of specialty patients received care within that window. The below-goal specialty care rate was blamed on a staffing turnover in the optometry and neurology departments.

Milligan said the audit revealed a need to re-educate its employees on the scheduling processes, but nothing more. He said the findings showed that schedulers were dictating availability to the patient rather than allowing him or her request dates. All schedulers will undergo training online by June 30.

“The scheduler will say, ‘We’ve got an availability three weeks from now’ as opposed to, ‘What date works for you?,’” Milligan said. “It’s getting them more involved and more engaged.”

Meanwhile, Congresswoman Johnson also alleged that Milligan’s VA discourages whistleblowers to come forward. In a statement, she wrote: “It has been difficult to get VA staff to step forward in light of recent claims related to an institutional culture of retaliation within the VA.”

Milligan said neither Johnson nor a member of her office has reached out to the VA and the first he heard the allegations was on the news. He said he welcomes the IG investigators and is confident that no documents have been shredded or disposed of inappropriately.

“If someone hands me a sheet of paper from a patient’s record that has a name or social security number, when we’re through with it we shred it because that’s the proper thing to do,” he said. “We shred documents all the time, but nothing to manipulate data or anything like that.”

Milligan said there are safeguards in place to protect whistleblowers inside the hospital. He said employees can take the information to their supervisor or report the incident to an authority outside the system, such as the IG’s office, their union, or the Joint Commission.

“Those numbers are posted throughout the center,” he said.

Some, however, say the issue is deeper than data manipulation: VA hospitals throughout the country will continue to report long wait times and backlogs if they don’t hire additional providers. The Veterans Commission did not respond to an interview request Friday, but told the Texas Tribune that the federal government must address this need or the problems will continue.

“But we don’t have the capability of ordering clerks to show us the paperwork,” Jim Richman, the commission’s director of claims representation and counseling, told the Tribune. “The state of Texas has no authority or jurisdiction over the VA, and we’re not part of the VA.”

Meanwhile, state Sen. Leticia Van de Putte, D–San Antonio, the chair of the Texas Senate’s veteran affairs committee, called for VA clinics in Central Texas to be audited following complaints that wait time data was manipulated to appear that patients were seen within the 14-day window.

For his part, Milligan has worked diligently to correct the myriad shortfalls that led the system to be named the worst VA hospital in the nation just a decade ago. Unresolved consults have been slashed from 36,259 in August 2012 to 4,577 in March. It’s now about 94 percent staffed. When there are no physicians to treat a veteran within the 14-day window, Milligan says the hospital spent $60 million last year buying care outside the system.

And now, he waits for the final results from the investigations.

“We sure don’t endorse or promote any manipulation of wait times,” Milligan said. “I’ve made it very clear that for anyone who is found to be intentionally doing that, there will be swift and harsh action.”