The Future of Hensley Field Is Beginning to Take Shape—Maybe

Consultants say the city should try to attract a major tenant—like a university or hospital or even a film studio complex—to spur redevelopment of the old naval air station.
By Alex Macon | September 22, 2021|11:26 am
Advertisement

Dallas wants to turn hundreds of acres of mostly unused land at the far western edge of the city into a major mixed-use development. One roadblock to remaking Hensley Field—and there’s more than one—is the toxic chemicals.

When the U.S. Navy handed the former air station to the city more than two decades ago, the feds hadn’t finished cleaning up the site. They’re still studying possible contamination from per- and polyfluroalkyl substances, or PFAS, left behind by firefighting foam.

But consultants developing a master plan for Hensley Field have said that continued cleanup won’t impede development, and on Tuesday they showed off their early recommendations for the site to a City Council committee. Those include: 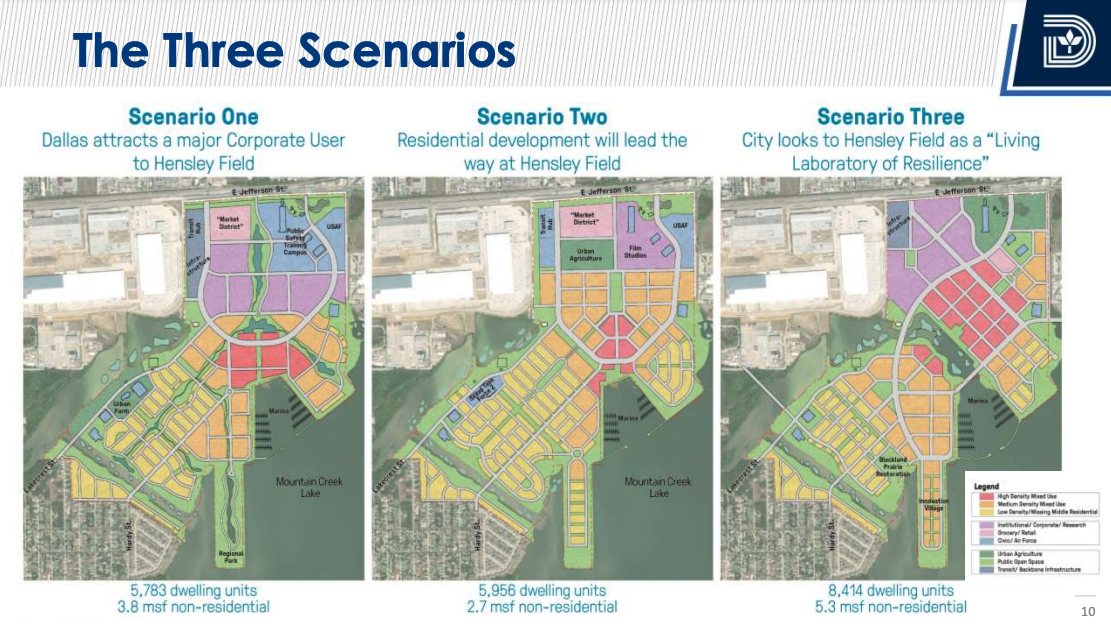 McCann Adams, which previously created a plan that turned Austin’s old Robert Mueller Municipal Airport into a bustling “urban village,” is expected to deliver its final plan for Hensley Field in March. (The Navy is supposed to have completed its study of possible PFAS contamination by the end of the year.)

For now, Hensley Field is nothing but a whole lot of every city official’s favorite buzzword: “opportunity.” That, plus the old firefighting foam.

*A version of this article appeared earlier today in the LeadingOff newsletter.