First, you need to know who Bryan Garner is. He’s arguably the world’s greatest living lexicographer of the English language. I’m not sure the “arguably” hedge is needed. Most folks who write for a living have a copy of Garner’s Modern American Usage close at hand. He also wrote Garner’s Dictionary of Legal Usage, and he runs LawProse, a company that, among other things, teaches lawyers how to write more clearly. D Magazine profiled him in 2007, if you want to learn more (and you should).

Next, you need to know that Garner has a grammar problem — as in, he can’t stop buying them. He started collecting them as a teenager and now owns more than 1,900 (and 4,000 dictionaries!).

Third, you need to know that Garner belongs to the Grolier Club, which is a 136-year-old institution in New York that is basically a book museum. As it says on the website, the club “was one of the first organizations in America to treat books and prints as objects worthy of display, on a par with painting and sculpture.” The club mounts four exhibitions per year in its main gallery. It also lets members show off their collections.

And now it will make sense to you: the dorkiest, wordiest Valentine’s Day gift you could possibly give is Taming the Tongue in the Heyday of English Grammar (1711–1851), which is the catalog that accompanies an exhibition of Bryan Garner’s grammars at the Grolier Club. See how it all came together there?

The exhibition runs from March 4 through May 15. If you don’t live in New York, the pandemic will probably prevent your attendance. Alas. But the 301-page catalog, which can be had for $45, is a fun read, if you’re into that sort of thing (and I am). It contains a preface by Garner; seven essays written by folks such as John Simpson, the former chief editor of the Oxford English Dictionary; and images of the 100 grammars that will be on display at the Grolier Club, along with comments on each one written by Garner. A sample, from his comment on James Harris’ Hermes: Or, A Philosophical Inquiry Concerning Universal Grammar (second edition, 1765):

Known for his nickname “Hermes Harris” — for the work here exhibited — he is generally well liked. Few contemporaries share Samuel Johnson’s peremptory dismissal of Harris as “a prig and a bad prig.” Yet modern readers might find him guilty of the charge. Harris’s self-praise is undisguised: “He [Harris refers to himself in the third person — a habit called illeism] hopes it may be allowed, that he has done a service to mankind. Should this service be a reason for his Work to survive, he has confest already, it would be no unpleasant event.”

Good stuff, right? That Harris dude was a trip.

Anyway, better hurry on the book, if you’re interested. The Grolier Club has limited the print run to 950 copies. Mine bears the handwritten No. 275. 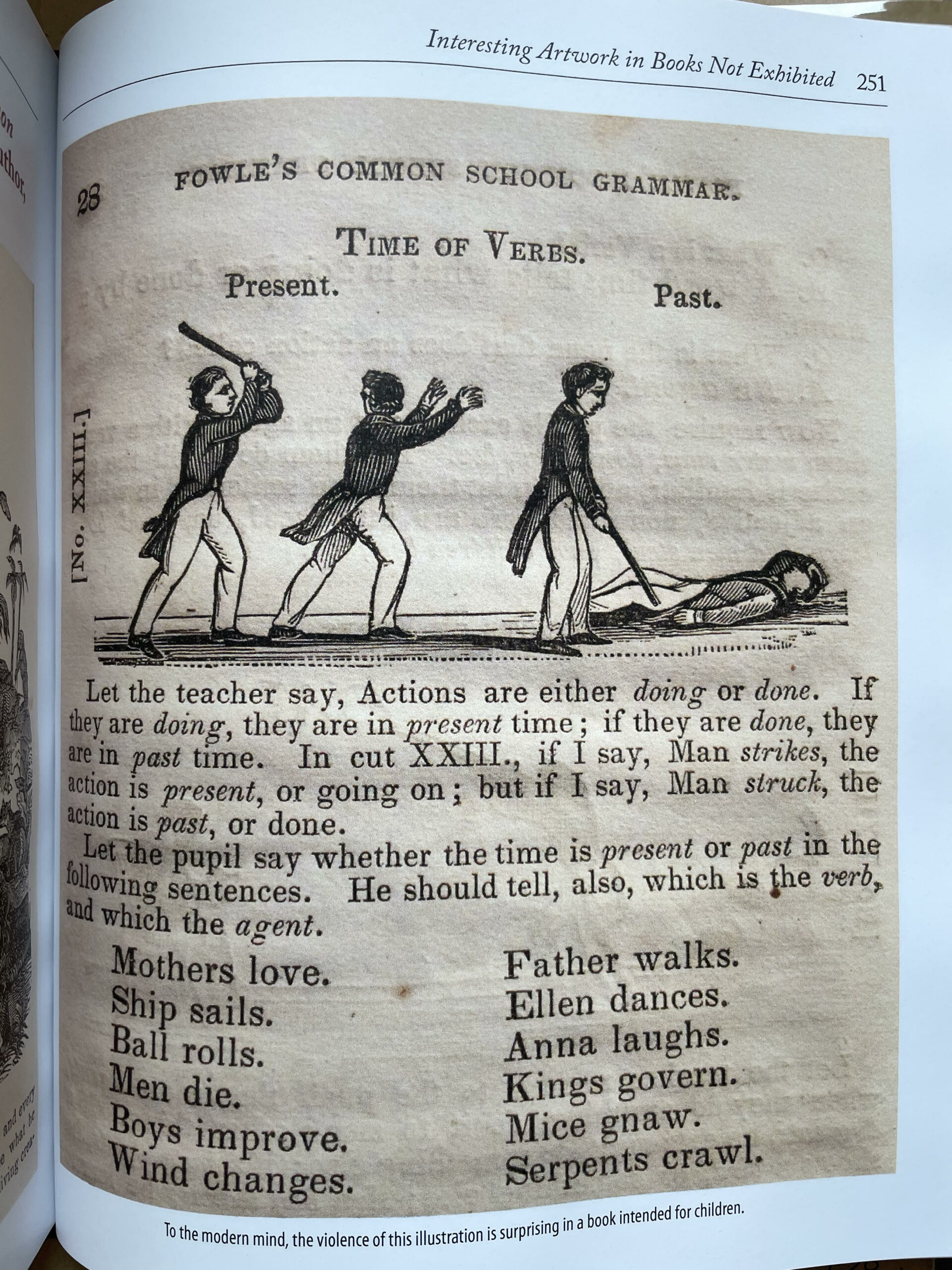 The Garner catalog contains an appendix of “interesting artwork in books not exhibited.”
Tags: