A crane operator will swing a wrecking ball at it mid-morning, and you can watch a live stream of the action.
By  Shawn Shinneman | February 21, 2020|11:11 am

All good things must come to an end. Despite attempts to turn Dallas’ Leaning Tower into a UNESCO World Heritage site, our spell of weird, national, viral fame appears set to come to an end on Monday morning. Between 9 a.m. and 10 a.m., a crane operator will take a wrecking ball to the stubborn center of the former Affiliated Computer Services building at Haskell and Central Expressway, according to John Satterwhite, Vice President of Lloyd Nabors Demolition, the demo company on the project.

The good news is that you can watch from the comfort of your desk. KRLD 1080 has set up the below live stream. Look at those excavators go!

Satterwhite says his team has been out clearing space around the structure all week, so that the crane operator will have access to maneuver around as they wish. It’s possible that the building could come down with a couple of blows or that it could take several attempts. “It’s a really stout structure,” he says. “We’re going to start at the top and just start knocking it down at the top and working our way to the bottom.”

Depending on how things go, it could be Tuesday before Dallas’ favorite selfie spot is completely gone.

“We just want to make sure we get the building down safely and finish what we started,” Satterwhite says.

Meanwhile, here is an image of our Will Maddox taking full advantage of his opportunity: 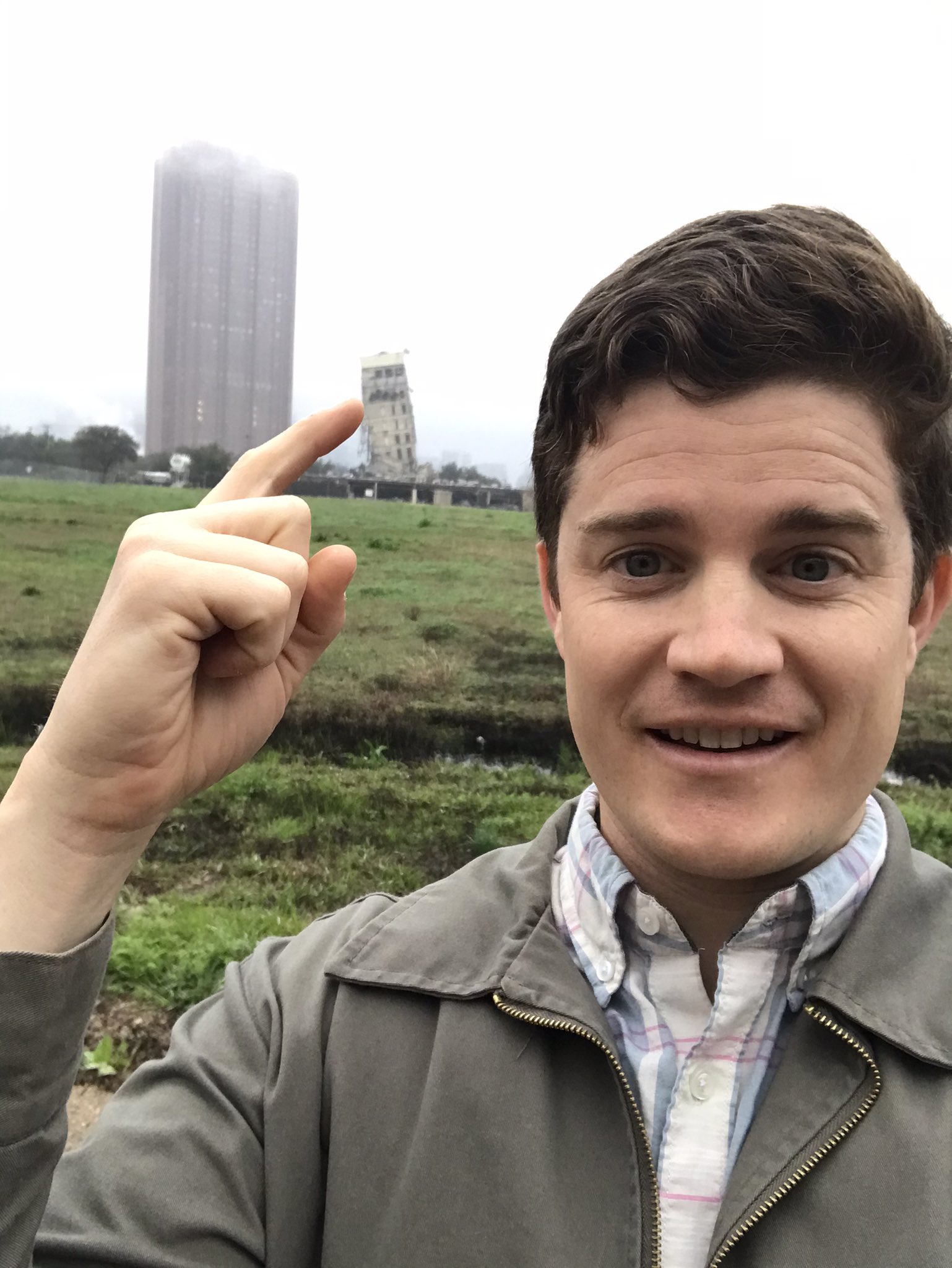 Is this serious? No. Unless you THINK it's serious. In which case it definitely is.
By  Tim Rogers
North Dallas