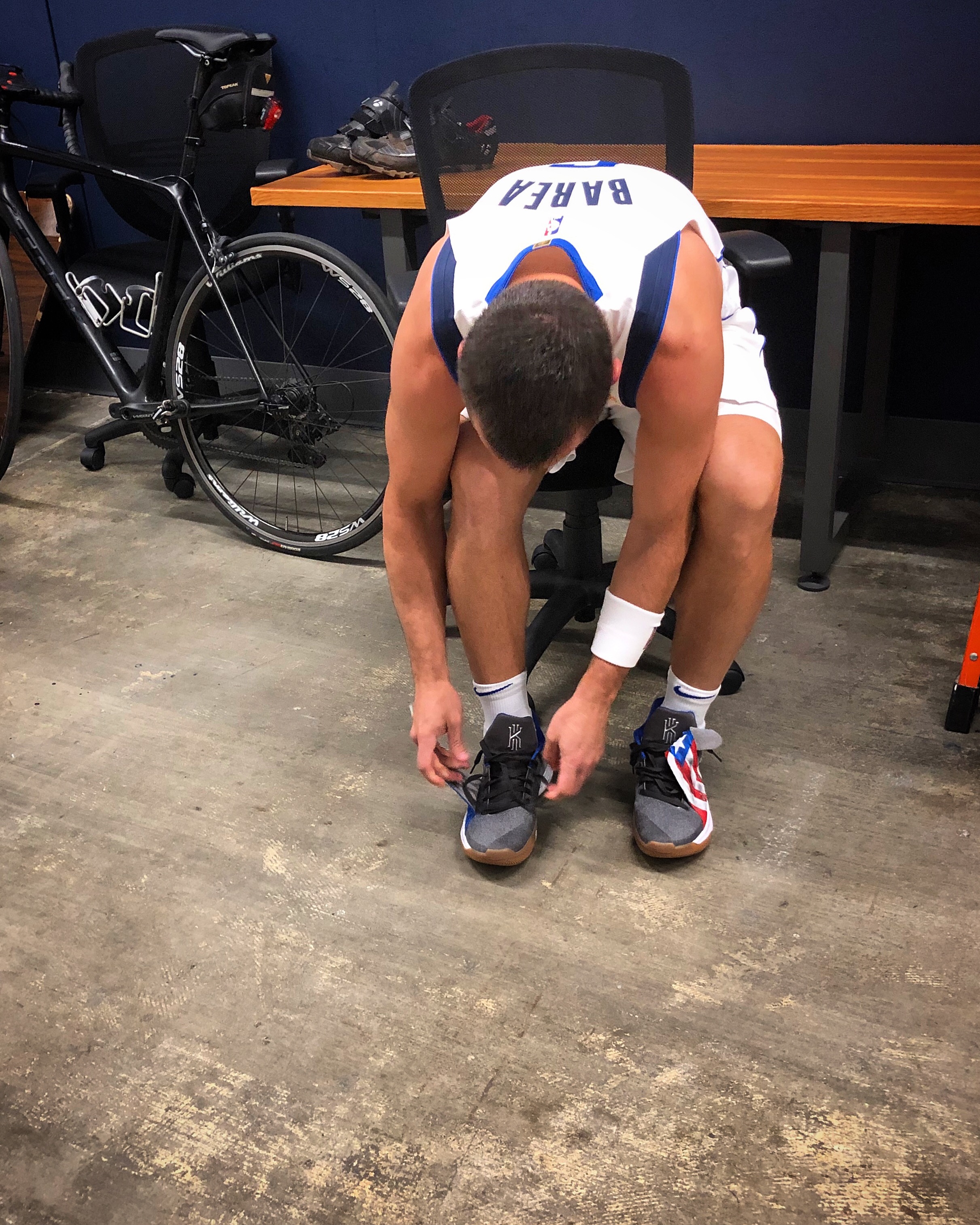 J.J. Barea laced ’em up for the first time last night. Or, at least, laced ’em up, then actually used ’em.
Zac Crain

I wasn’t able to see the Mavericks squeak by the Magic last night, since my scheduled flight was delayed by a couple of hours after the pilot, for reasons never fully explained, put the flaps up just as the wheels were leaving the runway. But between my son, ESPN, and my own cursory reading of the box score, I got the gist. Since I’ve seen all or most of all the other six contests, I feel like I can make a few observations on where the team stands now at this super early stage.