Remember Sunday Eiselt from our 2017 profile of her? She’s a former Marine, archaeologist, professor, and director of SMU’s Archaeological Research Collections (ARC). She’s also our best chance of saving some of North Texas’ oldest, most important history.

Last week I met up with her to tour the ARC facilities, located in Heroy Hall. It’s been a little over two years since our initial interview, and in that amount of time she’s managed an amazing transformation of the three rooms that comprise ARC. What follows is an update, including before-and-after photos. But prior to getting there, give the photo above a look. That’s Eiselt in one of the rooms surrounded by musty brown boxes, each packed to capacity with artifacts, stacked like sardines on shelving on the verge of collapse. In the span of two years a great deal has changed, and she says there are more developments on the way. 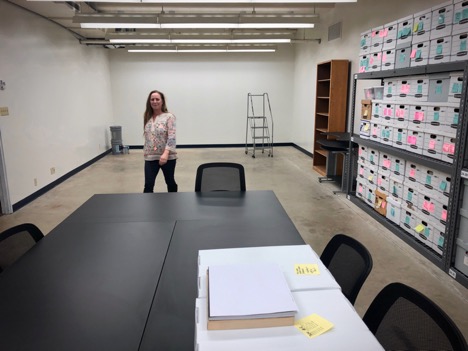 Same room, different space. Eiselt moves through the room where her photo was taken in 2017. Old shelving is gone and brown boxes have been replaced by new archival ones. The freshly painted room remains partially empty in anticipation of the new compact modular system set to arrive in the coming weeks. The transformation of ARC has been funded by generous private donations, a NAGRA grant, and a Summerlee Foundation grant. (Photo: Laray Polk)

Since early 2018, Eiselt and her team have been hard at work transforming three rooms in Heroy Hall into a climate-controlled, state-of-the-art facility for storing, documenting, cataloguing, and retrieving cultural resources. ARC is now close to meeting the requirements for becoming a state-certified repository. Certification from the Texas Historical Commission would mean the city has the option of depositing artifacts at SMU instead of sending them away to TARL in Austin.

The city of Dallas, unlike San Antonio, has no archaeologist on staff or even a website where citizens can learn about cultural resources collected by the city on our behalf. That’s a compelling reason to have a repository located on the SMU campus, which has a respected and robust archaeology program. It also increases the likelihood materials deposited there will be studied and contextualized—specialized work the city is ill-equipped to perform, but work that is necessary if the public is to get the most out of cultural resources that might otherwise languish in institutions as far away as the Smithsonian in Maryland.

There’s also another benefit. The repository Eiselt is building makes it possible to study area archaeology in tandem with existing collections held by ARC. The potential for comparative study is no small matter; the history of the area we call Dallas County is part of a larger story referred to as The Peopling of the Americas.

Over the years, ARC had become a problem no one wanted to solve. As materials accumulated and space ran out, there was not enough energy or financial resources to make sense of it. Eiselt sees the challenge for what it is and has put her organizational skills as a former Marine and field archaeologist to good use. She’s cleaning up the mess, but she is also preparing for the future. The work of Eiselt and her determined team of students and volunteers is increasing the odds area archaeology will survive the building and rebuilding of a modern city. Stay tuned for more updates as the progress continues. 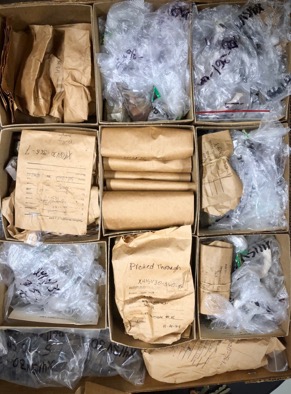 Interior view of one of the numerous brown boxes. (Photo: Laray Polk) 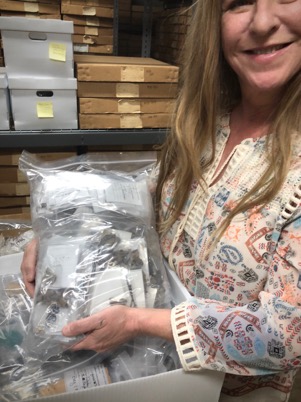 The contents of the brown boxes are undergoing transfer to archival bags and boxes. Eiselt says the new boxes (seen above) have more capacity, which helps with space management. The process also provides the team—dedicated volunteers who log weekly hours—the opportunity to consolidate collections that had been separated by past storage issues. (Photo: Laray Polk) 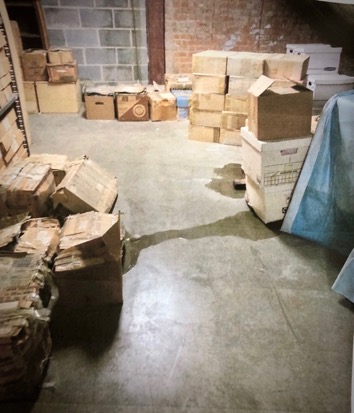 Pictured above is a partial view of the largest of ARC’s three rooms, formerly called the “attic storage space.” It has undergone extensive renovation with support from SMU Facilities, Dedman College, and ISEM. What had become a congested fire hazard, subject to water leaks and fluctuating temperatures, is now an ADA-compliant storage facility for preserving artifacts, complete with climate control and a security door with a keyless entry lock. The space has been renamed the “Fifth Floor Repository.” (Photo: ARC) 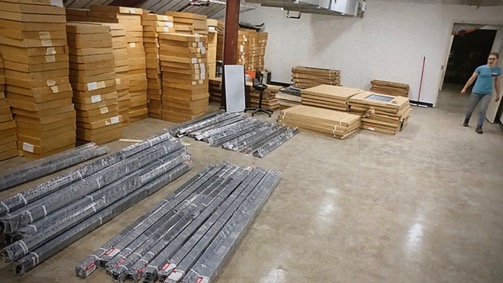 One of the first steps in transforming the attic space into a state-of-the-art repository was discarding old rickety shelving and replacing it with the heavy-duty variety. Archaeology students assembled the new units. (Photo: ARC) 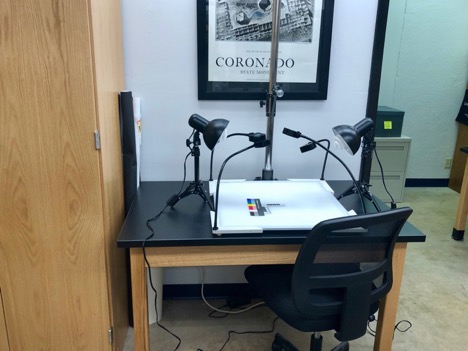 The smallest of the three rooms has been remade into a media lab for photographing ARC materials using this recently acquired copy stand. Also situated in the lab is a 3D scanner, which students use to create online exhibits. (Photo: Laray Polk) 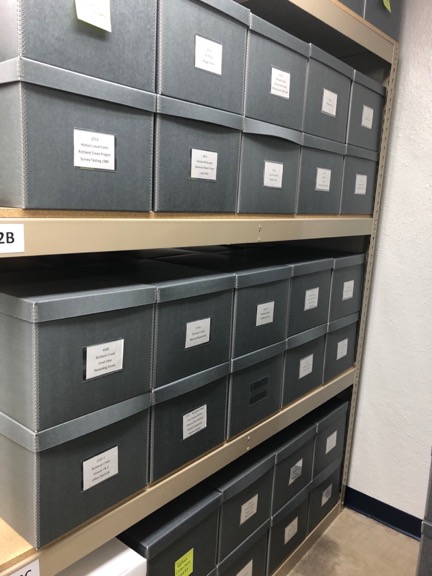 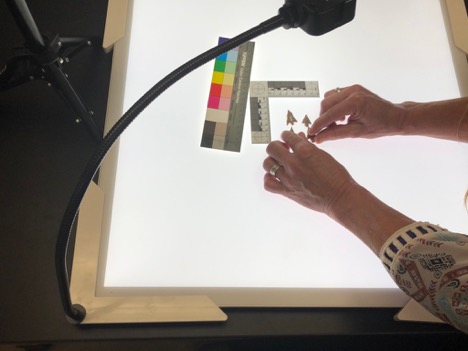