State lawmakers refused to set aside money for census outreach in the last legislative session, a decision that shifted the onus onto Texas’ cities and counties to lead their own outreach or risk losing millions in federal dollars due to an undercount.

And big dollars are at stake. Missing people means missing out on federal money for food stamps and roads, healthcare and education. Officials believe that each person who isn’t counted will cost the county about $1,578 a year. With a little over seven months to go until the count begins, the city and the county haven’t officially allocated a dime for outreach. Philanthropic gifts are still no more than pledges, though fundraisers are confident that foundations will approve hundreds of thousands of dollars in donations next month. And both the city and the county say they’re pursuing public funds from their budgets. County Commissioners will actually vote next week on a plan.

But compare that to Houston and Harris County, which have collectively vowed to provide about $4 million in taxpayer dollars for finding people who may not exactly be willing to share their information with the census. They started planning their outreach efforts in March of last year and approved a contract for a vendor in May. San Antonio and Bexar County set aside half a million and are already canvassing. Travis County launched theirs in April. State governments that did play ball went even further: California earmarked $154 million to go toward reaching underserved communities. Undercounting in Texas could cost us hundreds of millions of dollars as well as congressional representation.

“We didn’t foresee the state wouldn’t put in money. We didn’t foresee there wouldn’t be a push from the federal government,” said Dallas City Councilman Casey Thomas, who is chairing the city’s census outreach effort here. “Because of that, it caused us to go back and recalibrate our strategic plan to consider putting dollars on the table.”

How the breakdown in communication between state legislators and city officials occurred is a mystery. Other parts of the state certainly got moving sooner.

The city has a private fundraising goal of $1.09 million, which it announced in March. Officials are hopeful, but the funding hasn’t reached that mark; nobody was able to give me a specific number about what’s been raised. But the city and the county are both planning to add their own public dollars. Regions often hire a vendor to oversee logistics for outreach. Harris County, for instance, has a communications company overseeing a network of 50 local agencies that intimately know the communities in the region most at risk of not filling out the census. Dallas is still rifling around for dollars to support its efforts.

“Are we the last urban area to get a person in place? If we’re not, I don’t know of anybody else,” said County Judge Clay Jenkins. “We need to get that done.”

The Dallas County Commissioners Court is set to vote next week on soliciting applications from vendors for that very purpose. (It was delayed during last week’s meeting amid a tense debate over whether to give raises to county employees.) On the city side, Thomas says the city manager is “finalizing the process for identifying the source of funds” to allocate during the budget process. He didn’t say how much he was expecting.

Jenkins met with the mayors from all of the county’s cities on Thursday morning. He said he proposed that each city other than Dallas allocate $5,000 per 50,000 residents. The county and the city, meanwhile, are working together with the goal to share the financial responsibility for the vendor. But we won’t know that amount until the City Council approves a budget. Jenkins said the cities all seemed open to the offer. The county would then cover the difference and serve as point between the vendor and the cities. The arrangement makes the money go further than it would if the cities acted alone. 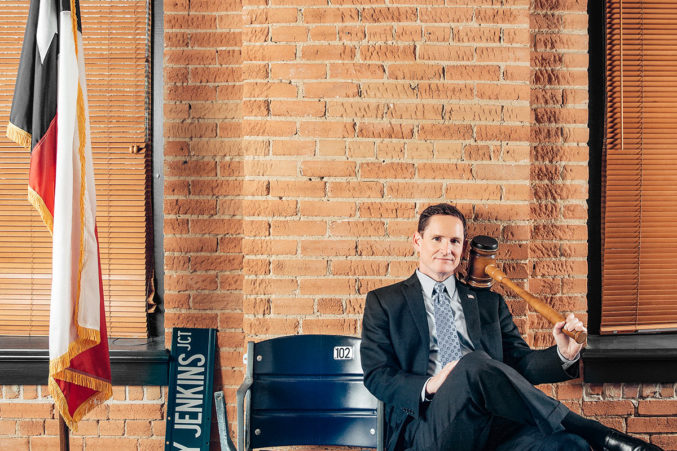 Nevertheless, Dallas needs to get moving. Imagine a family of four that doesn’t fill out the census: that’s more than $60,000 that won’t be coming in over 10 years. And that’s money that goes toward food stamps, highways, health insurance for poor kids, school lunches, and pre-K through the Head Start program. If the feds don’t pay for it, you and I will. Statewide, more than 1 million Texas residents are at risk of being missed. And about a quarter of Dallas residents didn’t mail back their census in 2010, requiring federal workers to go door-to-door to try and get them to fill it out.

“Local folks are really the trusted voices in the community. They enlist the help of local organizations and local leaders that people will listen to and follow their advice,” says Dennis Johnson, a regional director for the U.S Census whose 12-state purview includes Texas. “It’s apparent to the local organizations that the more they can do to emphasize the count and get people to respond is going to pay off many times over the next 10 years.”

According to a survey by the CUNY Mapping Service, about 34 percent of residents in Dallas County live in hard-to-count neighborhoods, encompassing almost 900,000 people. Those are defined as census tracts where a quarter or more of its households did not mail back their census questionnaires in 2010. That’s the highest risk of any urban county in Texas: more than Travis (32 percent), Tarrant (24 percent), Harris (24 percent), and Bexar (22 percent). Reaching these people requires data, canvassing, and trust. 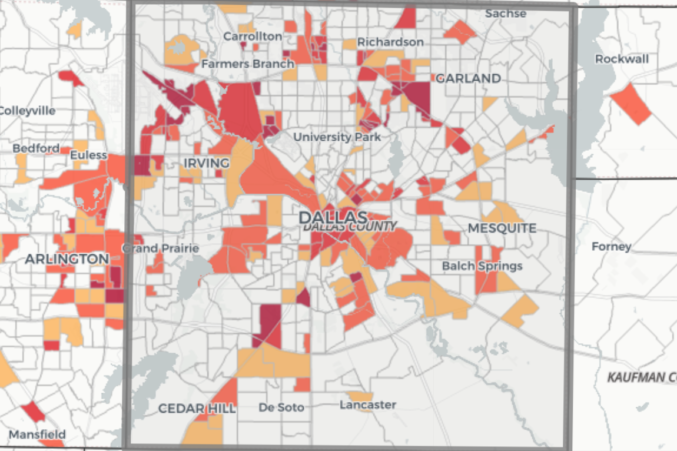 A map showing all the Census tracts with hard-to-count residents in Dallas County. Each person missed will cost the region about $1,500. (Photo courtesy CUNY)

Since the 2000 U.S. Census, the federal government has advised its local partners to form what it calls Complete Count Committees. These are usually led by a city or county official and a group of volunteer community members. But they’ve never been as important as they are in 2020. The Trump administration spent months trying to get a citizenship question on the form. The effort failed, but officials fear its stigma could make it trickier to convince immigrants to fill one out. So not only are you locating these folks, you’re allaying their fear.

This will also be the first census where the public is encouraged to submit their questionnaires online. One problem: 20.5 percent of Dallas County households have either no home internet subscription or just dial-up, according to the U.S. Census’ annual American Community Survey. That requires even more buy-in from the community, Johnson says. (Mail-ins and over-the-phone submissions are still accepted, but they’re emphasizing online this year.)

“In Dallas County, there are areas where the internet service is not as strong as other areas,” Johnson said. “We’re working with our partners to see what avenues they might have. That’s one of the things they can contribute. A library may have a computer bank they can free up during certain times of day… same with community centers. We’re working with some of the local colleges.”

Dallas ISD is educating parents about the need to complete the census and also plans to hold seminars in March, according to Trustee Miguel Solis. Some of the campuses will also allow parents to come in to fill them out on the district’s computers. But DISD’s plans are not as ambitious as the parts of the state that started preparing earlier. Hidalgo County, which has a Complete Count Committee that’s met every month since September of 2017, also has engaged its school district to educate students and urge them to take home information to their parents, many of whom are nervous after the citizenship kerfuffle. Outside Houston, Aldine ISD has a similar program, as the Texas Tribune explored this week.

George Tang, the managing director for Educate Texas, was asked by former Mayor Mike Rawlings to lead the effort to fundraise from private sources and foundations. He highlights the difficulty inherent in that ask: the major foundations have never given significantly to census efforts. They must be educated about its importance and the impact those dollars can have in preventing an undercount.

“It has been an incredibly challenging ask, just because of the historical lack of engagement and participation in this from philanthropy. So this is new to them,” Tang said. “Traditional philanthropies that have supported our community, they’re presenting to their boards and they’re making commitments, but we don’t have the actual dollars in the fund yet.”

It’s also not too late. Officials stand by that and believe they can get the work done. The Dallas County Commissioners vote next week will get the process started and find an organizer to oversee it. Jenkins is hopeful that he can secure a similar per-capita price tag to the one Harris County secured, which pencils out to around $2.5 million. But he can’t be sure until he requests bids. Tang has started a statewide effort to raise money for outreach, because congressional representation is tied to the census count as well as about $800 billion in federal funding. During the last Census, the state grew by 20.6 percent and added four congressional seats as a result.

One thing he’s learned? State and local officials need to start immediately on planning for 2030.

“I think Texas could also organize and amass the type of resources that we need to make this effective for the state. We’re just now trying to do it in the span of a seven-to-eight-month window instead of nine-and-a-half years,” he said. “I’m really hopeful this is a spark that ignites something greater.”

The question is, how much will Dallas pay for being so late to the game?