You never forget your exact location the moment something incredible happens. Someone decides you’re worthy of a job. Having just popped out, your nephew, or perhaps a baby of your own, reveals some dramatic newborn grimace in your direction. A crush reciprocates. Or, the Cubs win the World Series.

One of these occurred in November 2016, the day after I turned 28, inside a Dallas sports bar a few blocks from my apartment.

If you have a passing interest in baseball, you’ll remember more or less how this World Series Game 7 played out. The Cubs went up 5-1 and carried a three-run lead into the bottom of the 8th inning. The Indians put up three that half. We sweated through a scoreless bottom of the 9th. Then came the rain, because ours is a fandom doomed to suffer.

The story goes that during the weather delay, outfielder Jason Heyward drew the team together and helped settle anxieties that the team was about to squander a big Game 7 lead and fit into a long line of billy goats and Bartman and other curse lore. I’ll say that nobody inside that bar along Henderson was able to calm my nerves, although the bartender tried.

The Cubs scored two runs in the top of the 10th, gave up one in the bottom, and Kris Bryant threw the final out to Anthony Rizzo off a nubby third-base dribbler. Oh my good God, the Cubs had won it all.

I’ll never forget where I was, the exact seat, the exact scenery, the exact moment, the exact city. I had lived here for less than a year then. Nothing adheres you to a place like bliss.

But there’s another, less personal, thing Dallas gave the Cubs. In 1931, maybe the greatest player in the franchise’s history was born in a poor neighborhood in what is now the Arts District. He became the Cubs’ first black player when he signed in 1953, and went on to pop 40 homers in five different seasons (at the time, he was the only shortstop to have topped that mark).

Today, we published an account of Banks’ childhood years, which is excerpted from Ron Rapoport’s forthcoming book (out March 26) called “Let’s Play Two,” and ran in the February issue of D Magazine. Regardless of your baseball allegiances, regardless of your more general feelings on the sport, Dallasites will find it a phenomenal and enlightening read. Besides showing up close how Mr. Sunshine came to be, it brings to life what was then one of Dallas’ poorest neighborhoods and helps us better understand our city’s uncomfortable history with race.

I got to meet Banks when I was a kid, at a random car dealership outside Chicago, where he was signing autographs. On my brother’s, he wrote, “Aim High.” 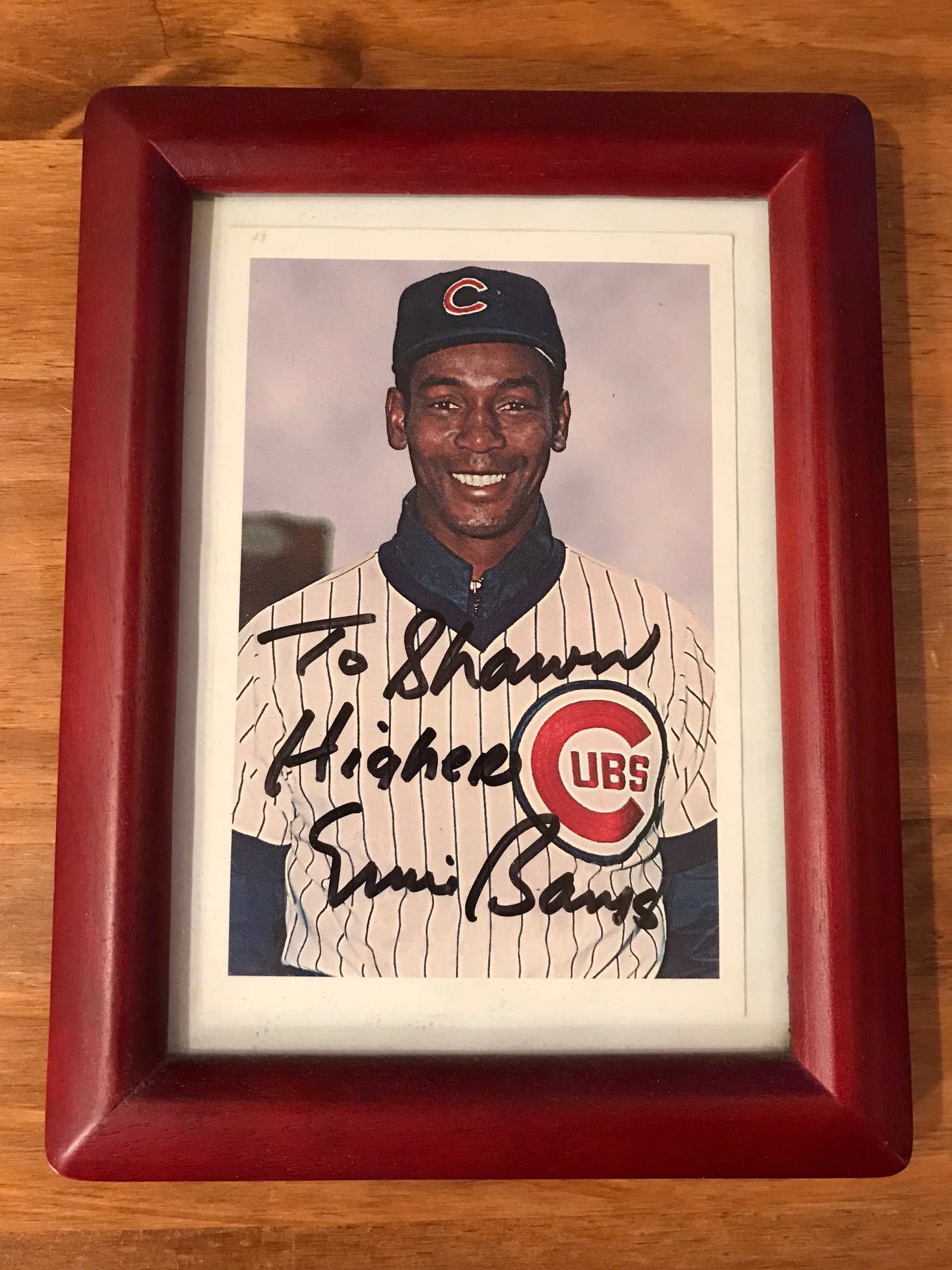 By the way, the Cubs open the season against the Rangers in late March, over in Arlington. I’ll see you there.

Until then, read our feature on the Dallas upbringing of one of the great baseball players of all time—right here.