Last night, Councilwoman Jennifer Staubach Gates tweeted a photo from Austin of Dallas’ council delegation that made the trip south to hear from our state legislators. In that photo was Councilman Kevin Felder and Dallas Police Department Chief U. Reneé Hall. Normally, this is a fine, enjoyable, chummy photo-op. I still would’ve questioned whether Councilman Rickey Callahan was actually speaking on the phone or just posing with it, but that would be about it. Quick tweet, move on. 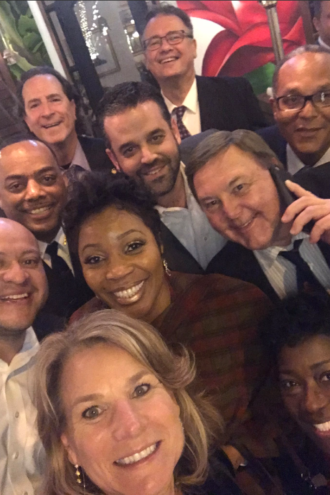 But Felder had been charged with a felony just one day before, based on allegations that he struck a scooter rider and drove away before police arrived. And Hall oversees the department that investigated the allegations, found them sufficient enough to pursue a charge, wrote a narrative of the events into a warrant, and got it signed by a judge so officers could execute it.

There’s nothing legally untoward here. Felder is innocent until proven guilty. He posted bond. He surrendered to the jail to have his photo and fingerprints taken. He’s doing his job by going to Austin on behalf of the city. But why even do this? Stay out of the photo. You just had a highly publicized incident in a parking garage where you were walking toward a news photographer who fell over a concrete parking stop that wound up on every news outlet in the city.

And if you’re the chief, why are you taking this photo? Have you ever posed for a picture with a person who your department is alleging committed a felony prior to him or her having their day in court? What would make Felder any different? All this served to do was rile up the anonymous Twitter accounts.

Anyway. Just seems like something you should think about. Have it out in the comments.