South Dallas Councilman Kevin Felder has a warrant out for his arrest, according to a clerk for the judge who signed it. She said officers had not yet returned it, meaning the councilman had not been arrested as of 4 p.m. We’ll update when we get it. WFAA was the first to report the news.

On Feb. 13, Felder was accused of striking a scooter-riding teen in his sedan near his Fair Park-area district office and fleeing the scene. An eyewitness said that Felder “had words with the teen” before driving away. It’s still unclear the severity of the teenager’s injury. Police visited a City Council meeting about a week later. Felder was seen speaking with Chief U. Reneé Hall and City Manager T.C. Broadnax throughout the day. Later, police towed a Ford Fusion that was registered to his address. State District Judge Tammy Kemp signed the warrant on Monday.

We have a call into Felder’s attorney Pete Schulte, who has denied that his client struck anyone. We’ll update when we hear back, but here’s a video of Felder avoiding reporters in the City Hall parking garage after a committee meeting:

There’s also this one, which shows a news photographer tumbling to the ground. As Tim notes in the comments, it’s hard to tell whether he was shoved or if he fell while walking backward.

Dallas news photographer is filing an assault report with DPD after he says Councilman Kevin Felder shoved him to the ground. He was not responding to reporters questions about if a warrant was filed for his arrest for leaving the scene with injury, teen was on a scooter pic.twitter.com/FoZUGhdiVf

There are eight people running against Felder to represent District 7 in the May election, including former Councilwoman Tiffinni Young. Rough timing.

UPDATE: All right, Fox 4 has published a better video of the kerfuffle with the NBC 5 reporter. Give it a watch, and I’ll break it down after the jump.

First of all, Schulte says he spoke with NBC5’s news director and the photographer who takes a tumble doesn’t plan on filing charges. But my guy is resilient. He’s walking backward pretty quickly between two cars at the :12 mark. Felder has his hands up as he’s walking toward him. Felder then appears to swat a microphone away just as the photographer’s feet meet a concrete wheel stop. 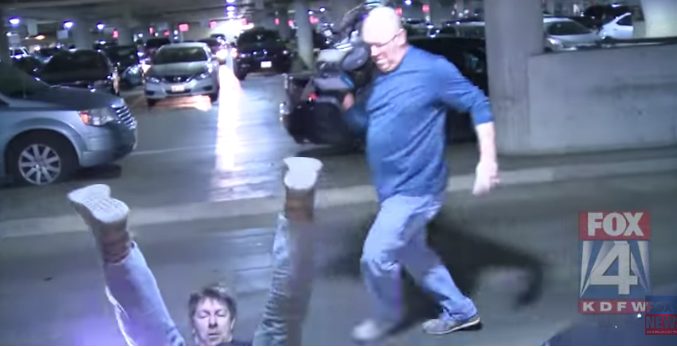 Felder keeps going forward. Our guy in the blue jets out in front of him. But our black-shirted photojournalist returns around :35 and looks like he connects his microphone with Felder’s abdomen as the councilman heads for his car. 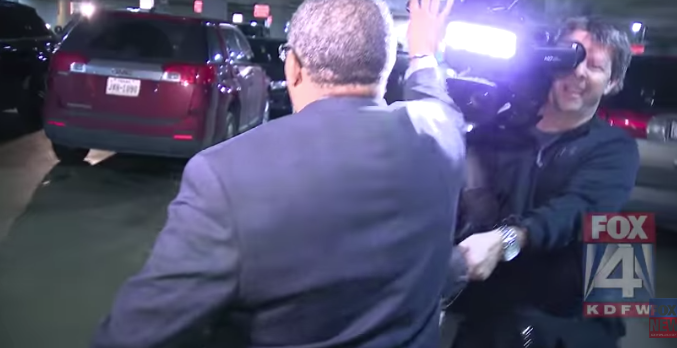 The photographer is back!

At :45, our photographer has some competition. Adrenaline is pumping. He gets position and zooms right by her. 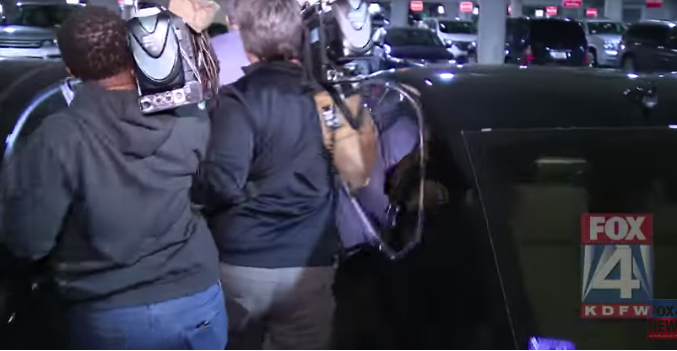 Now there’s a bit of a jockeying for position as Felder reaches his white SUV. It’s around :53. The photographer is closest to the car door, and he almost gets whacked with it. 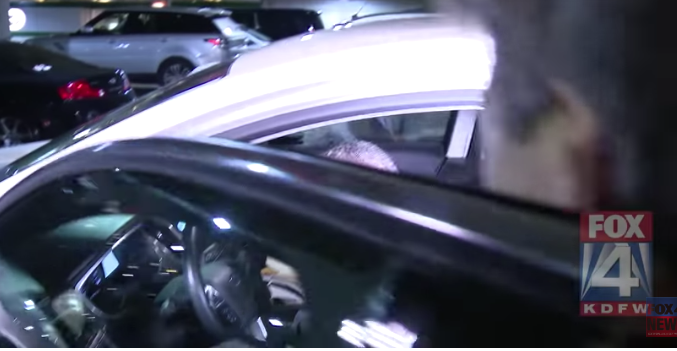 Felder then quickly drives away. I’d be curious as to his speed here. 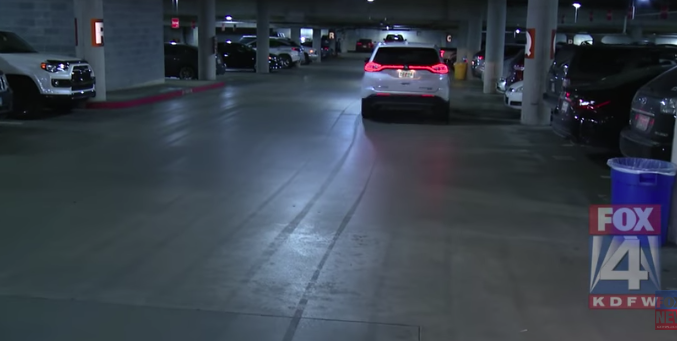