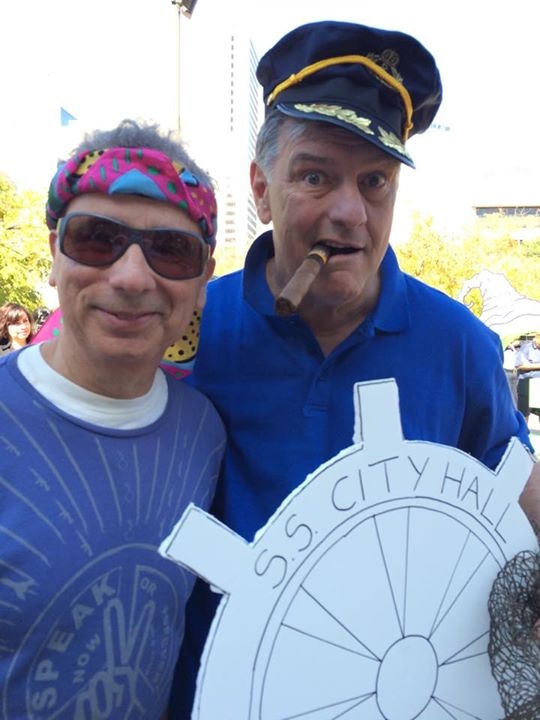 The leaders of America’s ninth-largest city wish you a Happy Halloween. (via Facebook)
Photo By Thomas Garza Photography

The fiscal chickens are coming home to roost. Years of under-maintained infrastructure and a police and fire pension system suffering from incompetent management and terrible investments have resulted in a downgrading of the city’s bond rating from from Aa1 to Aa2. The downgrading came on the same day the council approved $227 million in bonds for capital improvement projects, including $3 million for the relocation of a concrete plant at the behest of real estate developers already profiting from public investments in the Margaret Hunt Hill Bridge and new West Dallas infrastructure.

As a result, the city will wind up paying about $887,000 more in interest than it expected over the life of the debt stemming from the sale of the bonds approved Wednesday, said Jeanne Chipperfield, the city’s chief financial officer. Chipperfield said that will come out to an average of $46,700 a year over the next 19 years.

And while that’s a fraction of the city’s annual $3 billion budget, that’s still money that could have gone toward paying public safety officers and fixing streets, Mayor Mike Rawlings said Wednesday night.

And I would expect that bond rating to decrease before it improves considering the city has no real plan for improving the overall quality of its streets and the police and fire pension plan faces an FBI investigation as it stares down potential insolvency.

Here’s looking at you, A.C. Gonzalez.