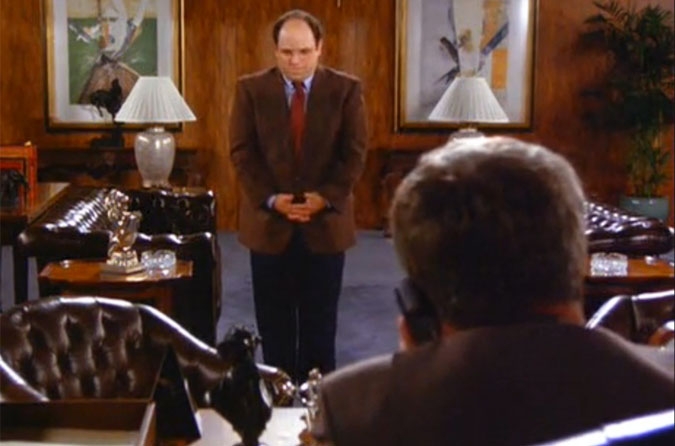 Elizabeth Findell has a story in the Dallas Morning News that is ostensibly about council members yelling at city staff members and a general loss of decorum at Dallas City Hall. Throughout the piece, various subjects offer their thoughts on why things have gotten testy down at city hall. Council member Sandy Greyson blames it on social media. Council member Lee Kleinman says many elected officials don’t have much experience as managers. The article ends with the suggestion that what has happened is a generational culture shift.

But you have to read between the lines of the article to get at the real story, which is not so much about manners in governance as it is about a city government whose very structure creates a contentious relationship between elected officials and city staff.

I thought I’d rearrange Findell’s story a bit to spell out the situation more clearly. To start, let’s move the historical context up to the top. At the end of the DMN article, we get this telling quote from former city secretary Deborah Watkins, who worked at City Hall for 37 years.

Watkins, who retired in 2011, said it was a good working environment overall, but added that over time, she noticed a loss of formality.

In her early years, it was rare for midlevel managers to have direct contact with the elected officials. But later, “council members started to feel a little more comfortable discussing their disagreements with staff members openly,” she said.

“When we changed from at-large to single-member districts, there were relationships to council members outside of city organizations, because we grew up in communities together,” she said.

Council members generally agreed that they can get problems solved and projects moving more quickly if they have staff support.

Or they can encounter roadblocks if they don’t.

What Watkins is describing here is not a shift in office culture, but a shift in the fundamental structuring of power at city hall. The city’s old council-manager organization, with its at-large elected representatives, treated the city council as something more like a board of directors than a legislative body. The council members were largely representatives of the city’s business elite volunteering their time to make sure a bureaucracy of experts – city staff — executed the city’s business. The real authority lay with the boss, the city manager, the city’s CEO whose job included reporting the city-company’s dealings to the board, the council.

The switch to single-member districts effected a quiet revolution, the implications of which may not have been fully anticipated. The switch changed the way citizens and elected officials believed power worked in city hall without really altering the fundamental power dynamic between the council and staff.

Single-member districts were intended to offer citizens – and minority communities in particular – more voice at city hall by creating council member positions who had a vested interest in making their specific neighborhoods and communities better. Those council members, as a result, no longer saw themselves as members of a board of directors, but as representatives of their constituents. They were elected on platforms of trying to effect change in their neighborhoods. And so, in order to create this change, they needed to engage with city staff.

But engaging with a city staff meant confronting a business culture within city hall whose historic role was to see to the city’s needs as they saw fit, following the vision laid out by the CEO, the city manager. Council members’ frustrations spring from the fact that city staff members aren’t really their employees; they are employees of the city manager. That creates a roadblock.

Let’s back up Findell’s piece to see how this plays out.

Philip Kingston acknowledged tensions between the council and employees, but said a broken City Hall bureaucracy was to blame.

Kingston’s observation that yelling is one of the few effective ways of getting thing done at city hall is revealing, but I want to quibble with the assessment that this means that city hall’s bureaucracy is “broken.” Actually, I think you could say frustrations with the staff are the result of the fact that the bureaucracy is not broken at all. The bureaucracy is set up to execute the directive of the city manager, who is hired by the council to steer the city’s business. What is broken is that on top of this governmental structure we’ve plopped a council with 14 individuals who would all like to be city managers for their own specific districts, and one mayor who is little more than the last at-large council member.

At the end of the day, everyone who works at city hall knows that while council members and mayors come and go, the manager and their immediate bosses within city staff are there to stay. Dealing with council members becomes a kind of penalty killing – keep the elected official reasonably happy or stay off their radar. Respect the real chain of command that flows up through city manager.

What we are left with is a rather unhealthy work environment. The manager sets his own agenda, approved by the city council. The heads of various departments orchestrate their own long-term vision. City staff members try to keep their bosses happy, but then there are these 15 other bosses who occasionally swoop in and try to force priorities that may or may not fit in either with the vision or the lethargy of staff’s typical course of business. From a citizen’s perspective, we want our elected officials to hold our city’s operations accountable to the goals we voted them into office to execute. But from the staff’s perspective, council members are meddling and using intimidation and fear as a means of exerting power.

So city staff has learned to adapt in the same way that servants in the courts of authoritarian regents throughout the centuries have learned to adapt: through obfuscation and misdirection. Mayor Rawlings scores the best line in Findell’s piece. It is a depressingly accurate assessment of what the situation at city hall really is and why Dallas’ government can appear to the outsider like such a dysfunctional mess:

Even when staff members are trying to be helpful, Rawlings said, they can give the appearance of being evasive.

“You’ll say ‘How many eggs are in that basket?’ and they’ll say ‘Well, the chicken is a very important animal,’” the mayor said.

“It can be frustrating.”