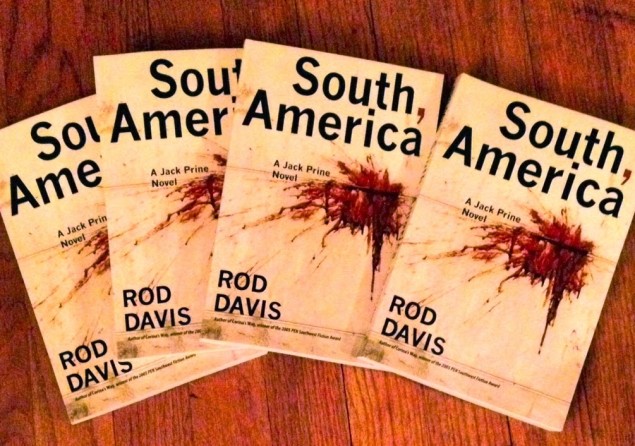 Rod Davis, for those who don’t know, has done two tours of duty at D Magazine. His last cover story for us, about the drought draining North Texas lakes, came in 2006. Now he’s the director of the Veterans Support Office for the Texas A&M University System. And he’s a novelist. On Thursday, he’ll be signing copies of his new book, South, America (yes, there’s a comma in the title), at Louie’s. Here’s Gary Jacobson’s review in the News. Signing starts at 6, but if I know Rod, he’ll be there earlier.

Get a front row seat to the best shows, arts, and things to do across North Texas. Never miss a beat.
Rod Davis
Advertisement