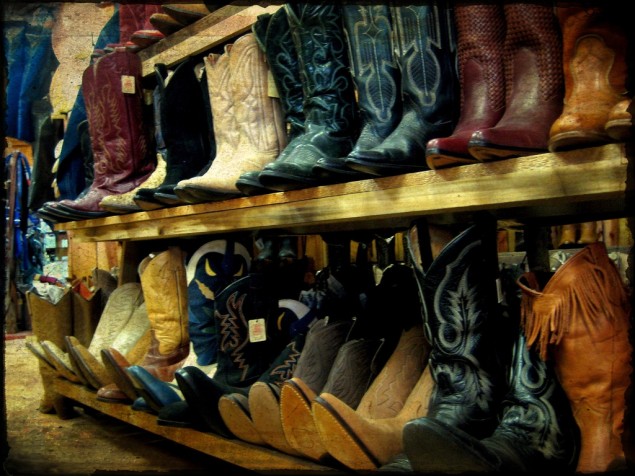 Nothing says “cutting-edge business environment” like the inside of a western wear store. (Photo: Bachir/Flickr)
photography by Matthew Shelley

So Forbes recently ranked Dallas as one of the best markets in the country for starting a business. The seventh-best, to be exact. Said they of our fair city:

The northern Texas city gets consistently good marks across all categories. Its small businesses, while not as well-liked as others on our list, are likely to fall in high-growth industries and adopt social media. With nearly half of its businesses employing less than 50 people, Dallas also boasts a relatively large small business community.

That’s all good and fine. But we’re here to discuss their choice of photo in representing Dallas as a vibrant home to entrepreneurship: A row of western boots.

Let’s see how this compares to the art used for the remainder of the top 12:

Judging purely on the photos, then, where do you want to start a business? I think we only top Boston, maybe.