According to the Fletcher’s Corny Dogs website, the company expects to sell over 500,000 of their deep-fried namesake over the course of 24 days of the State Fair of Texas. Fletcher’s says that’s 60,000 pounds of hot dogs. You guys, we’re gonna eat that. They know we’re gonna eat that. That’s something we do every year with such reliability that they can predict our behavior and put it on their website. They can forecast that like Delkus can forecast a summer in Dallas of 90-degree weather and Botox.

Half a million corny dogs.

You’re over there, talking to your friend about being a Paleo, gluten-free, CrossFit Ironman—doesn’t matter. Don’t care what you told your life coach. Half a million corny dogs are going down.

Fletcher’s says we’re also going to eat 1,500 gallons of mustard with that. And 800 gallons of ketchup (Because somehow that many of you are doing this wrong. Must be out-of-towners).

In a strange turn of events, Fletcher’s has also decided to create an item that is not portable. The Dallas Hot Birddog is their turkey dog, cut in half lengthwise and jammed with mac ‘n’ cheese in the middle. But the most important thing to note here is that it’s no longer on a stick. They’ve introduced a fork into the transaction. They’ve made what was once portable much less portable. So, we’re going to have to eat that. 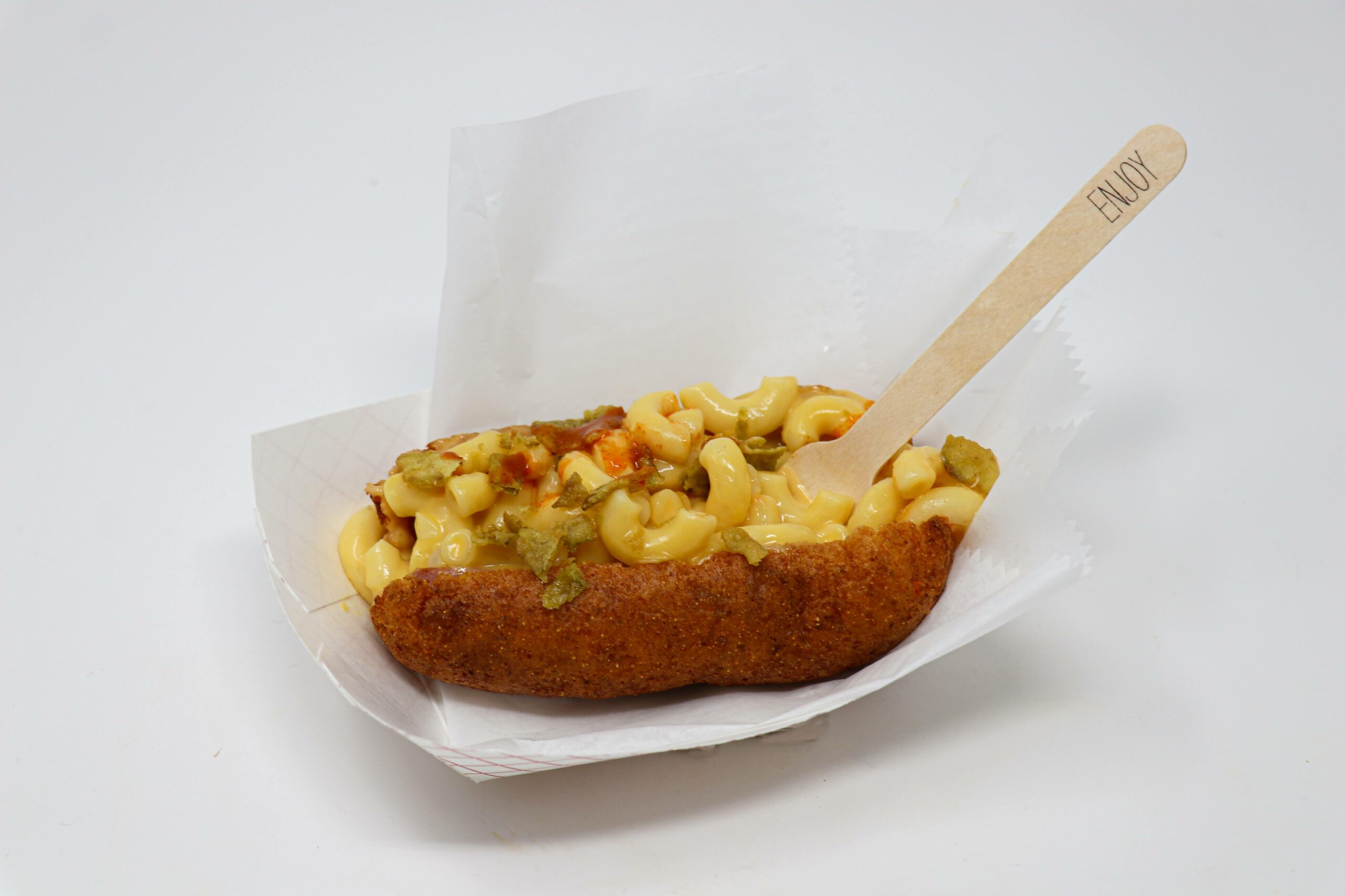 And that’s not all. We’re also going to eat a Bucket of Fries now. That’s a thing. Loaded cheese fries in a bucket. Why didn’t we just go full feedbag so it’s hands-free, and serve it up in the Livestock building? I see you, 2022.

Also on the list this year: a bag of eggrolls. “Just go get a brown bag and fill it with eggrolls,” they said. “It’s what The People want,” they said. And we’re going to eat that.

It feels like the concessionaires really are targeting those of us who have been quaranteating. They sat back and waited: They patiently watched us transition from sourdough starters to family-size jugs of peanut butter pretzels, and went, “Now. Now they are ready for food bags. It is time.” Big Tex is going to show up to the fair in some sweatpants and an Oodie ready to eff up a bag of eggrolls and sip on a frozen Ranch Water while he angrily weighs in about a midway game conspiracy on Facebook. “THE DUCKS ARE RIGGED.”

We can’t wait. See y’all there in a week.

Pro Tip: Just to make sure you don’t get lost and miss out on these bags of food, The State Fair of Texas has marked all the new foods on a map. You can download it here (or print out at home, if you’re elderly.