Is there any greater joy in life than food transported to your doorstep? In this contactless age, meal delivery is not just an occasional necessity on busy weeknights, but a fact of life. Fortunately, these new DFW outfits bring you options that feel decidedly more special than a plastic bag dropped off on your stoop.

The Grape Ape—pronounced ah-pay, but we understand if you want to rhyme it with “grape”—is a delivery operation brought to your doorstep by Italian-food giant Julian Barsotti, who you know from Fachini, Sprezza, et al., and his longtime friend Glen Collins. The business duo launched their Italian American meal kit service in August.

Collins explains they are leaning into the Italian word ape, which is a “three-wheeled delivery vehicle that brings you Italian delights and treats.” Though the Grape Ape team has yet to procure an actual ape (it’s in the works), they’re still depositing delights throughout Dallas. Three streamlined kit options offer either antipasto with garlic bread, baked ziti alla vodka, or a 200-layer lasagne. Not to mention every kit comes with your choice of a half-gallon jug of frosé (that’s frozen rosé for the uninitiated) or a bottle of Chianti Classico Reserva.

Barsotti and Collins were at the head of the alcohol-delivery front in the height of the pandemic with their first brainchild, Ritas and Queso. Now Grape Ape is a natural next step given Barsotti’s background. “Everything I do is in the realm of Italian food and we decided if we were going to do another one then we should do it in that wheelhouse,” he says. The meal kits emphasize simplicity while attempting to capture some of that elusive dinner party glamor. They require minimal preparation, just the merchandising of your antipasti and the baking of the garlic bread or pasta. “I’ve been eating that food my whole life,” explains Barsotti. “It’s communal, familial comfort food. It’s in the tradition of that Italian Sunday meal and I think there’s a little bit of magic in that.”

The team currently operates out of the Fachini kitchen, though the operation has spilled over into the Highland Park Village Theater, where the pick-up orders are staged upstairs. That means if you want to pick up your Grape Ape kit, you enter through the marquee (talk about magical). Collins and Barsotti hope to park their imported ape just outside the theater one day when it’s not zipping about Dallas with frosé and baked ziti in tow. Whether you just want to change up your weeknight family dinner or host a small happy hour in the cooling weather, the Grape Ape is at your service. 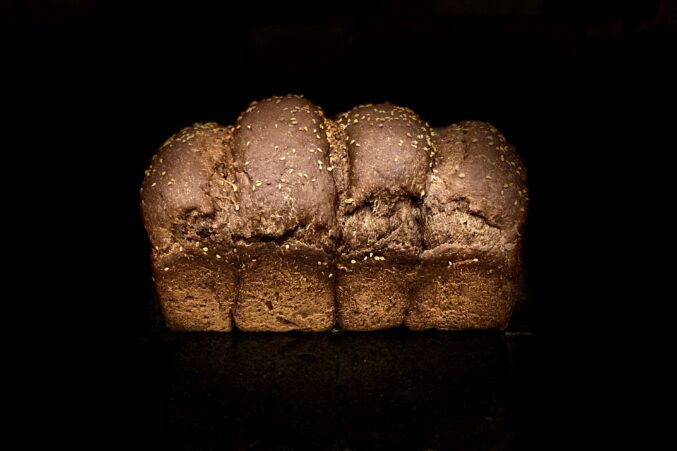 Get beautiful loaves of locally baked bread delivered to your door. It’s the stuff of gluten-full dreams.
Uma Iyer

What began in the pandemic as a way to bring fresh bread to those who lost their livelihoods has relaunched with a new name and purpose. BreadEx, formerly known as BreadForAll, is a bread delivery subscription that brings freshly baked loaves to your door every week. Uma Iyer, the baker behind Tart-a-licious, launched BreadEx in July and they haven’t repeated a bread yet; each week means exploring the bread traditions of different cultures. September brings loaves of broa, a Portuguese cornbread, and limpa, a Swedish rye bread. The fourth week of every month is a surprise. “I try to keep it special and sweet for the surprise bread,” she says.

The bread is delivered fresh every Saturday morning. You can place an order every week, but BreadEx also offers a month-long subscription for the gluten diehards. And if there was ever a month to subscribe, it’s October. “October will be a spooky bread month,” says Iyer, which means “all black breads” in the vein of Russian black bread made with rye, molasses, coffee, and cardamom, a Russian bagel, a lemon-poppy seed babka, and black brioche doughnut on the last Saturday for a Halloween treat. Forget pumpkin spiced lattés, this is what fall really means.

It's not delivery, but this new startup offers chef-grade produce available for pickup.

Though they aren’t delivering door-to-door, the Produce Truck will undoubtedly save you a trip to the grocery. Jack Sheneman, Wade Havins, and Amy Havins started the service during the shelter-in-place order. The produce truck receives restaurant-quality ingredients from top-tier supplier Chef’s Produce, then distributes boxes through pop-ups on Mondays and Saturdays.

They offer a produce box, a berry box, and also partner with La Francaise to provide a loaf of fresh bread for additional cost. To beat the demand, you can even reserve a box on their website and pick up at one of their pop-up locations at José on Lovers (4931 W Lovers Ln) and TCBY in Lakewood (6402 E Mockingbird Ln).

Though you’re probably familiar with other big-name, meal kit delivery services, One Potato brings a refreshingly family-oriented approach to the recipe box. One Potato is the only meal subscription company that accommodates households of up to two adults and four kids. Everything in the box is homemade and organic, from the pickles to the ketchup, and each comes with a roll of edible or bake-able cookie dough (now in five flavors). Catherine McCord, co-founder of One Potato, refers to the meals as “semi-prepared,” so cooking them takes 12 to 30 minutes from start to finish. “Another company might send you a whole potato and say cut them into fries,”  McCord explains. “We send you the fries and you bake or air-fry on them.” Though One Potato currently operates in eight other states, their launch in Texas last week was their first play outside of the West Coast.

One90 Smoked Meats Has Vacuum-Sealed BBQ Ready for Delivery

Plāt, a One-Hour Grocery Delivery Service, Will Launch Next Month