I’ve made several visits to New Orleans in my life, and each time I’ve gone to Cafe Du Monde in the French Quarter for beignets and coffee. I really wouldn’t dream of going to the Big Easy without indulging in the powdered sugar-covered fried-dough goodness. After all, Dallas didn’t have many options to get my beignet fix, and there were no dedicated beignet bakeries to speak of. Until now.

Le Bon Temps, a small space next to the Cookie Shop in Deep Ellum with an outside counter and two stools inside, has only been open for a few weeks but is already filling a big void in Dallas’ dessert scene by bringing hot, fresh New Orleans-style beignets to town. NOLA native Eric Khozindar, who lives in Richardson, opened the 600-square-foot space and hired executive chef Pierre Treviño because he missed the sweet treats made famous by his hometown. 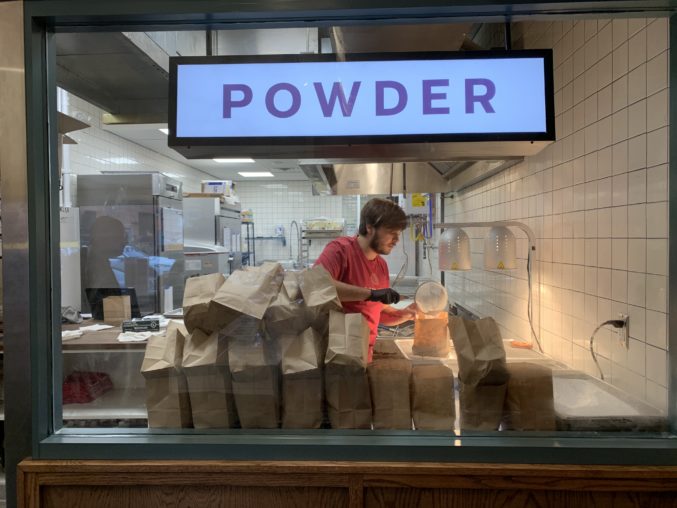 The kitchen at Le Bon Temps. Photo by David Halloran.

When I walked in the salmon-colored door, surrounded by deep blue brick, on a recent rainy afternoon, the aroma of sugar and coffee assailed me in the best possible way. The tiny subway-tiled interior is plain, putting the focus on a backlit sign in the kitchen window that simply says, “Powder.”

The message was clear, so I requested a $4 order of the Classique beignets (the kind you’d get in the French Quarter) and an order of the Le Boneignet version for $6—proofed for three days and laminated with layers of butter for a croissant-like texture. Both were served in paper bags and doused with powdered sugar. One bite of the classic beignets, and I was back in New Orleans grooving to jazz and taking in the scenery. But it was the croissant-style pastries, thinner and more decadent from the butter, that hooked me. I had to eat another. 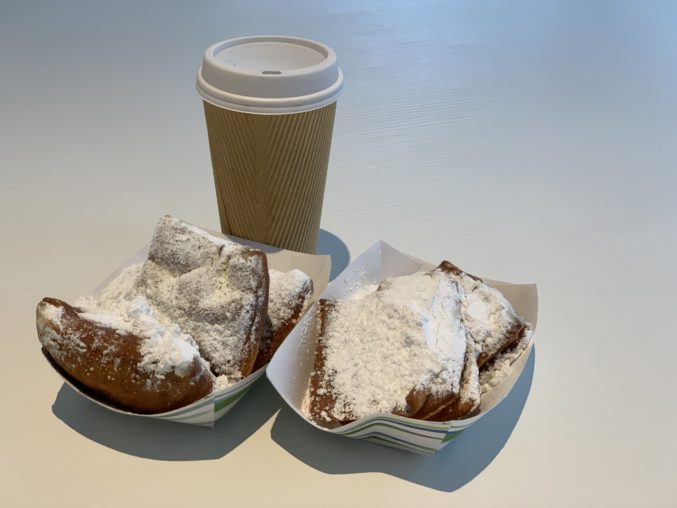 To cool down, I opted for the Creole cream cheese and bananas Foster ice creams, crafted by The Sweet House in Rowlett. The latter, an alcoholic version, had a whopping 15 percent abv and was a bit too boozy for me, though I might have felt different on a Saturday night (the bakery is open and apparently humming until 3 a.m. Thursday through Saturday). But the creole cream cheese, sweet with a little spice, was just right. I made a mental note to try the beignet ice cream sandwich next time, with either the chocolate or pecan praline flavors—the best of both worlds.

It wouldn’t have been a successful New Orleans-esque experience without a café au lait to wash everything down. Le Bon Temps uses regular and chicory coffee from White Rock Coffee, which I was happy to sip throughout the afternoon to keep the sugar high going.

As I went back to work, I realized that New Orleans’ French Quarter will always have a particular kind of magic that can’t be recreated elsewhere. But in Deep Ellum and this city, good beignets are no longer hard to find.

Take This Oaxacan Coffee and Cocktail Class at Jettison