As of September 1, Texas breweries can sell to-go beers. Here's where to celebrate.
By Catherine Downes | August 30, 2019|3:00 pm
Advertisement

Legal Draft Beer Company (Arlington):
They are canning and selling eight core beers, six seasonal beers, and a couple of different specialty beers. They’ll also have growlers of any beer on tap, and non-alcoholic root beer. 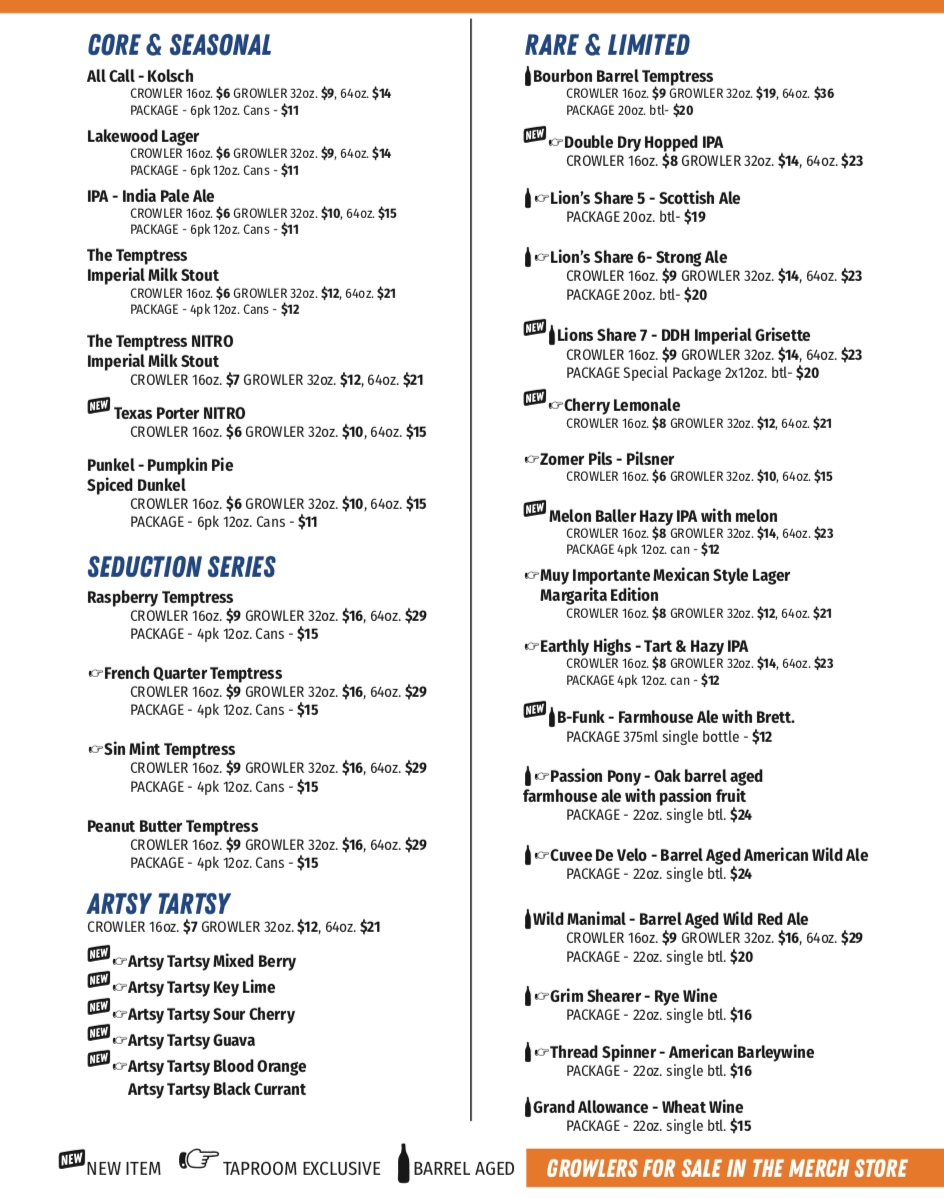 Celestial Beerworks (Medical District):
They’ve been able to sell to-go beer but are releasing a special beer on Sunday in solidarity with the breweries. It’s called Age of Alequarius. It’s a 6.5% ABV New England-style IPA hopped with Rakau and Citra hops.

Join us to celebrate this monumental occasion when we open our doors early at 10 a.m.

To kick this party off we will have:

• $5 six packs of our core beers, including Mosaic IPA (for this day only)
• Specialty 16-ounce crowlers (canned draft beer to go)
• The Debut of SUPER MOSAIC! A special high gravity version of our Mosaic IPA brewed just for Beer-To-Go.

Waffle O’licious will be onsite with some delicious eats!

This is a free event, open to the public. Doors open at 10 a.m. Customers are limited to 288 ounces (one case) of beer per day.

TAP WTR Mixed Berry – Grab an ultra-fresh six pack of our newly released craft hard seltzer. It’s not yet on the market in cans so here’s your chance! 20 cases available.

R&D Series Texas Blood, Blood Orange IPA – 20 cases available. Not yet in stores for the season.

TAP Pak – A mixed 6 pack of some of our Best Sellers specially packaged just for our TAP Room. Beers in the pack may change from time to time.

TABC law: 1 case per customer per day limit on Beer to Go. $1 off a draft beer or growler fill on Sunday September 1.

It is also our Oktoberfest tapping event. We are celebrating with a one day only release price of $5.99 a six pack. Product can be purchased in 24 bottle cases (1 per person), six packs (four per person), or by the bottle. After Sunday the price will be $7.99 for a sixer. We also offer to mix and match between our beers.

We are open from 2 p.m. until 8 p.m. for our Beer To-Go party on Sunday with free hot dogs. In addition to our regular packaged lineup in cans and bottles that are currently in the market, we will introduce crowlers (500ml cans) and growler fills (must bring own growler at the moment) and specialty bottles that are not offered anywhere else but our taproom:

For these nine below, there is a one per person limit. You can only choose one of these. We saved a very small quantity of them so choose wisely.

We will also have all of our core brands available for purchase. No limit on those. 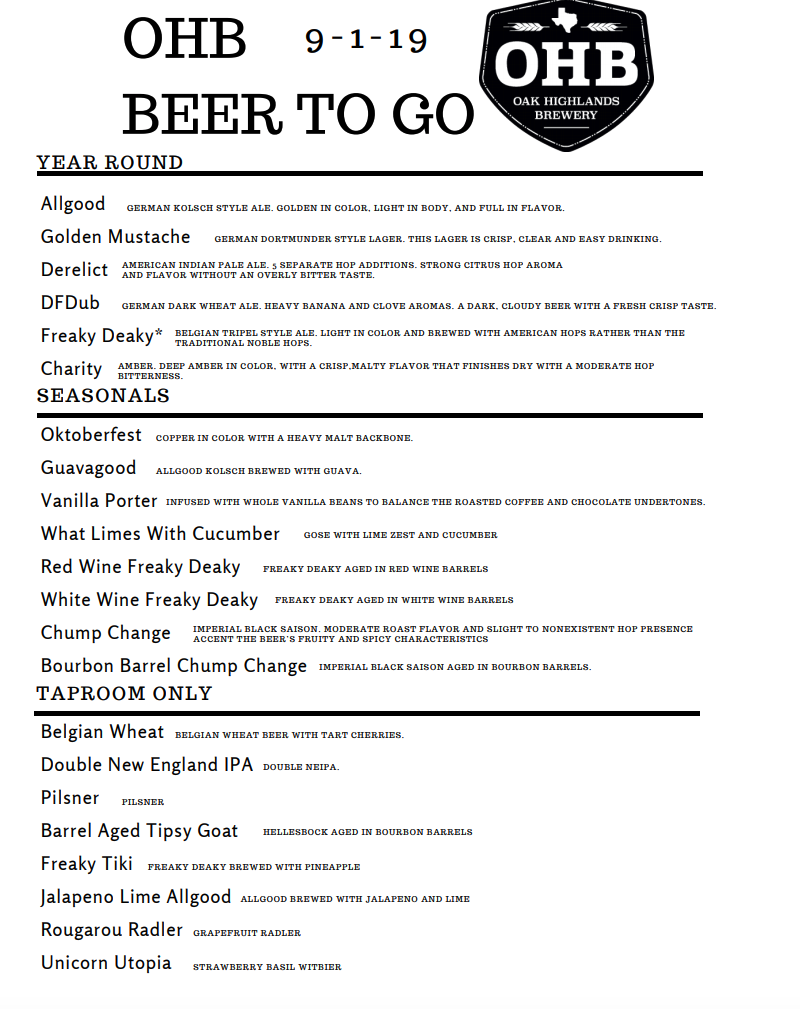 They’re selling Big Weekend (5.6% American lager) in cans with the rest of our beers being sold at the brewhouse in growlers. The party on September 1 takes place from noon until 6 p.m. 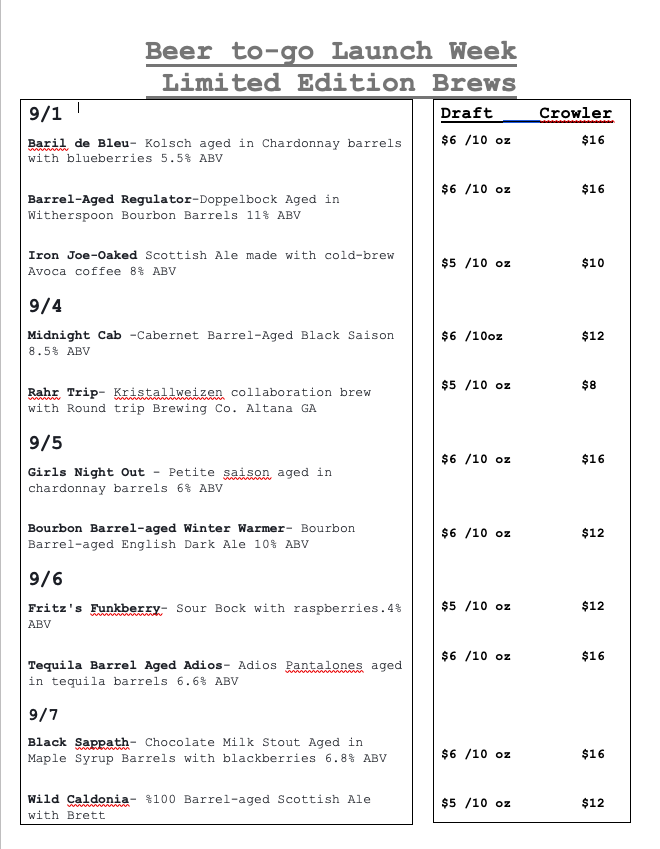 Anyone attempting an all-Texan beer has to deal with one big problem: hops. But another ingredient in the recipe is Texas’ biggest secret weapon.
By Brian Reinhart
Beer

From Pottsville, Pennsylvania to Fort Worth, Texas: Yuengling’s expansion into the Lone Star state is the company’s first step outside of its East Coast-dominant footprint.
By Rosin Saez
Beer

Just about 10 years ago to the day, the city of Dallas made it possible for brewers to brew beer.
By Zac Crain
D Magazine Directories