The menu features over 20 varieties of homemade sausage sandwiches, including vegan and gluten-free options. Ball takes pride in his hormone-free, small-batch, byproduct-free creations. Venison, quail, antelope, chicken and beef are some of the meats used in the sausage, and all are priced under $8. Triple-cooked belgian fries and scotch eggs, over 100 varieties of scotch and whiskey, Belgian and German beers, and a $5 whiskey selection are some things to look forward to.


Ball believes in working directly with farmers and local purveyors. “I surrounded myself by chefs and farmers who guided me to create a deeper relationship with the earth and kitchen, pushing boundaries and stretching my creativity by utilizing and playing with seasonal ingredients. My perspective on food was forever changed. I am beyond excited to be a part of the Scotch & Sausage team. A modern style beer garden serving local and house made sausages. A cool social atmosphere that’s open ‘till the wee hours of the night; how could I resist? I feel fortunate to be a part of the Dallas food scene once more.” When ordering, you’ll choose your sausage, style and toppings, and you’ll get to choose the dipping sauces for your pommes frites too.

The creators of the concept are Dylan Elchami, who oversaw construction, and Rami Rassas, who was head chef at his family’s restaurant Leonardo’s in Frisco. He also competed on MasterChef and is a successful local businessman. Cogent Creative and Alexander Marko are also partners.

Scotch & Sausage will be open late 7 days a week. 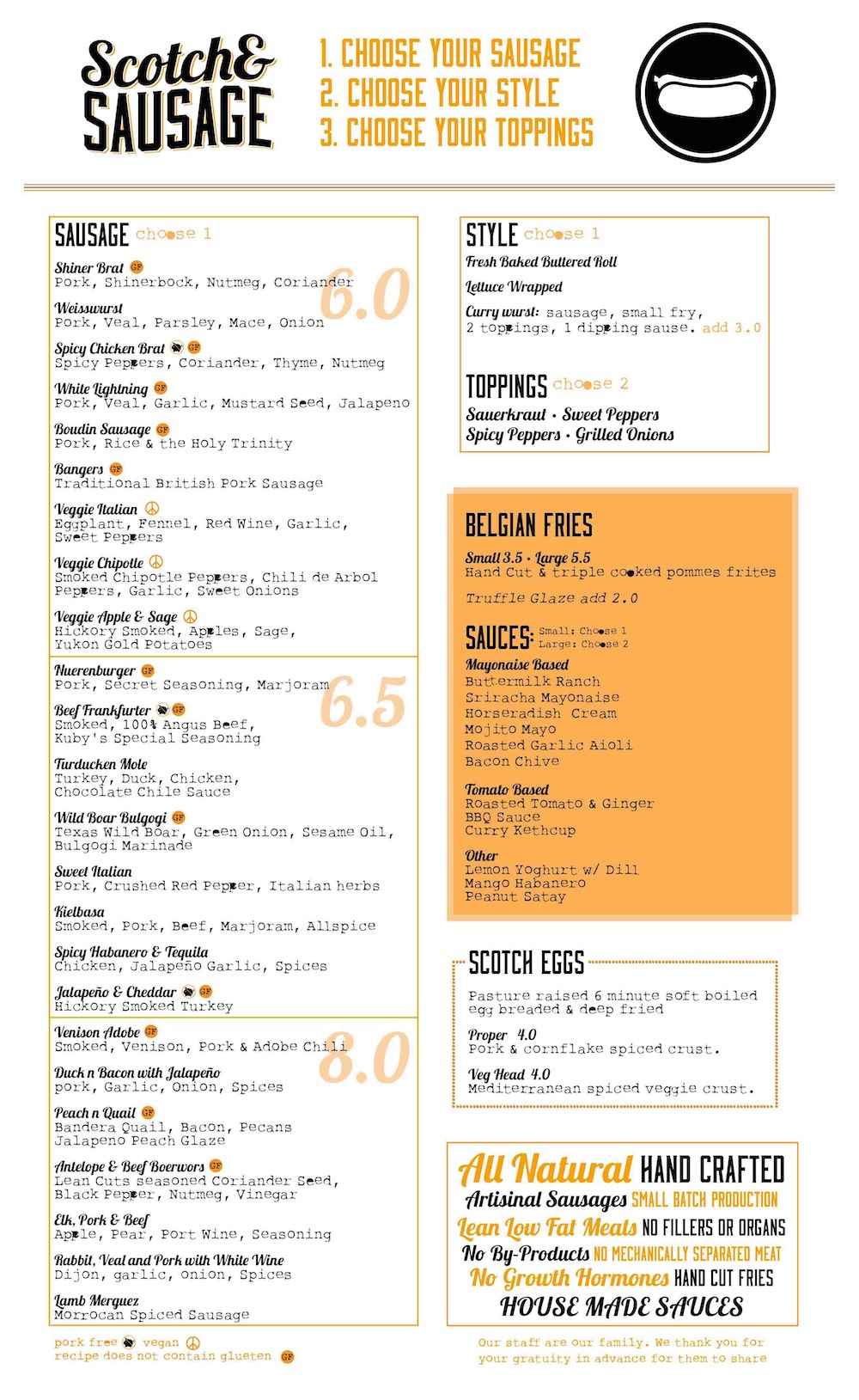