Enjoy unlimited access to all of our incredible journalism, in print and digital.
Subscribe Now
Advertisement
Home Rule 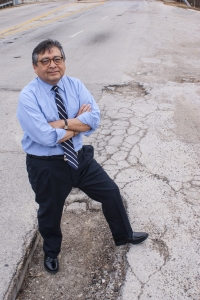 Just spent 90 minutes talking to mayoral candidate Marcos Ronquillo about many city issues, which I’ll write about in the March issue of D Magazine. About 20 minutes of that time was spent talking education. Ronquillo is a passionate advocate for public education, and we see eye-to-eye that (paraphrasing his words here) just because the city charter doesn’t mention the word “education” doesn’t mean city leaders can’t lend support to DISD in many ways. Bottom line: Like Rawlings, Ronquillo would be an advocate for the city taking a greater share of its responsibility in helping DISD reform itself — i.e., produce better outcomes for poor kids.

THAT said, I want to complain about Ronquillo’s stance on the Home Rule Commission, issued via press release this morning. (The full release is at the end of this post.) Basically, he says the commission should disband because it wasn’t put together in a transparent fashion, and instead the city should form a permanent task force committee to study these same issues of governance reform.

Look, I get that this is, at one level, simply politics. Rawlings is identified with the home rule effort, and so tapping into those who like demonized the home effort both gains voters and differentiates Ronquillo from Rawlings. (Although it doesn’t really add more voters than Ronquillo already had in his pocket once he came out against the toll road, but whatever.) But the net effect of this position is that Ronquillo is saying he would rather get rid of a commission that has real authority and voter accountability — remember, nothing the HRC writes into a proposed charter gets enacted without a 25-percent voter-eligible turnout and a majority victory — and trade it for a powerless advisory task force that has no voter accountability. Awesome.

Even more depressing: Ronquillo doesn’t even believe this. From talking to him, it’s clear he has just bought into the conspiracy narrative the status quo was so successful at pushing: That this effort is being pushed by shady outsiders intent on monetizing our children. In fact, he spoke of trying to get the business and philanthropic community MORE involved in DISD reform — which is exactly what the HRC was trying to do by using a legal mechanism to enact change that required a) a huge number of voters saying they wanted just such a commission and b) REQUIRES a large turnout and a majority victory to change the charter.

This may become moot next week anyway, as HRC chairman Bob Weiss appears ready to ask the commission members once and for all if they want to write a charter. Regardless the outcome of that, it makes me sad that, still today, people talk about how we need the voice of the people in this reform process when HRC is incredibly democratic by design. If that isn’t obvious to someone as smart and connected as Ronquillo — a longtime education lawyer who has represented DISD many times — I feel like no one will ever get it.

“The commission has been a top down reform effort directed by a limited number of people when it should have been led by a broader group of parents and educators – the people who know what is most effective in educating our children and who should be directing this effort,” said Marcos Ronquillo. “The Support Our Public Schools effort was rushed, lacked transparency and was ultimately set up for failure. Nothing good can come from attacking teachers or receiving funding from anonymous donors and donors outside of Dallas.”

“Finding ways to improve our public schools is an important conversation we should be having, and the commission members should be commended for their dedication and efforts,” added Mr. Ronquillo. “But if we are going to improve the quality of our public schools, we need a longer term effort to gain input from parents and families in every Dallas neighborhood.”

Mr. Ronquillo suggests a more transparent and inclusive approach that involves more parents and educators, the very ones our families trust to guide our children each and every day.

“It is essential that we take a community-based approach, by families and leaders in our communities and neighborhoods, and certainly not directed by downtown Dallas,” said Mr. Ronquillo. “While we should consider the best ideas developed so far by the Home Rule Charter Commission, I recommend we disband the commission and instead organize a special task force comprised of parents and educators to research, develop and recommend new ideas and solutions to the School Board that will help us best educate our children.”

“Our school district is making progress,” added Mr. Ronquillo. “The task force I am suggesting should be part of an ongoing, transparent effort to give our students the best education possible.”

In addition to the task force, Mr. Ronquillo issued a call for City Hall – and especially the business community – to do more in the areas in which they can help foster our children’s education.

“Maintaining libraries, assisting with after school programs and early childhood education, upgrading technology, and facilitating private tutors for struggling students are just a handful of the things we can do at the community level to support the Dallas Independent School District,” said Mr. Ronquillo.

Dallas’ most important news stories of the week, delivered to your inbox each Sunday.
Marcos Ronquillo