Herd instinct is the inclination of people or animals to behave or think like the majority in the interest of self-preservation. Herd mentality is hard-wired into human behavior and requires great discipline and conviction to override—if it should be overridden at all. It has also long been embedded into corporate and capital markets behavior. In the year ahead, we may witness the most interesting struggle between the leaders and followers of industry “herds” in memory.

“Coming together in-person to collaborate and build community is core to Google’s culture.”

Alphabet, the parent company of Google, possesses a market cap of $1.35 trillion and employs 135,000 people across 70 offices globally. Even if it did not also happen to control how information flows on the internet, the company’s standing as one of the world’s most influential real estate occupiers is undeniable. So when Alphabet CEO Sundar Pichai had this to say recently as he announced Google’s $7 billion commitment to expanding its real estate footprint in multiple states this year, it captured our attention: “Coming together in-person to collaborate and build community is core to Google’s culture.” 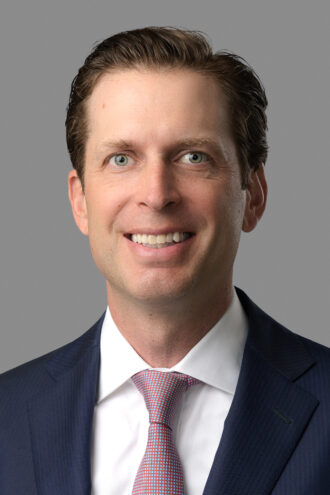 A simple but powerful message from one of the tech industry’s foremost leaders. Though Google earmarked substantially more capital in 2019 and 2020 for real estate expansion ($13 billion and $10 billion, respectively), Google’s affirmation of the workplace as core to its culture sends a message to its employees its industry peers.

Even in 2020, while many tech giants such as Facebook and Twitter proclaimed that employees could work remotely “forever,” Google communicated that a return to the office was not a matter of if but when. Facebook, Twitter, and others in the industry remain unconvinced, perhaps prioritizing employee feedback or real estate cost savings.

However, notice that within days of Pichai’s announcement Amazon’s Vice President of Global Real Estate, John Schoettler, has this to say: “We’re not thinking that the result of the pandemic is going to change forever the way that Amazon conducts its work or our culture, which is collaboration and pioneering and people working together…That is where we do our best work.”

Earlier this year, Microsoft also announced plans to expand its office hub in Atlanta dramatically. Three of the world’s largest office occupiers, who each have hundreds of thousands of employees happy to work from home and access all the tools necessary to make it happen indefinitely, just gave a vote of confidence to the workplace as a critical incubator of culture and workflow.

We can assume that the more the world works from home, demand for each of these company’s products increase. Shareholders love that, as evidenced by the 85 percent (GOOG), 52 percent (AMZN), and 49 percent (MSFT) rise in each company’s respective share price as the world worked from home the past twelve months. So what are Google, Amazon, and Microsoft doing? They acknowledge what many business leaders know instinctively: The workplace is the “glue” for any company. This is surprising coming from the tech industry, which, this time last year, many believed would lead the herd in an entirely different direction.

We should caution against painting broad strokes across real estate occupiers, representing a variety of industry groups. However, the way Google, Amazon, and Microsoft have claimed ground on the workplace debate will soon be repeated across the legal, accounting, consulting, banking, and other office space occupying sectors. Who will lead? Will others follow, and when? The answers will vary per industry, which is what will make the “herd watching” in 2021 so compelling.

Ramsey March serves as Managing Director and leader of Stream’s office and mixed-use development and investment activities in DFW.