Andrew Welker knows a thing or two about navigating the real estate market during economic downturns. Welker became a founding partner at New Western Acquisitions at the height of the recession in 2008, and he came out of it stronger than ever.

That experience has helped him as he navigates his latest venture, Welker Properties, through the changes brought about by the COVID-19 pandemic. The firm has a current portfolio value of $93 million. Employees and other industry peers are turning to Welker for advice as the market continues to adapt to the new normal. “I’ve been through the downturn, and obviously fared well in the last one,” said Welker. “Everybody looks to me for answers.”

Welker previously served the majority of his tenure as CEO for New Western Acquisitions, a single-family investment brokerage firm. After the crash of 2008, New Western acquired distressed homes then sold to investment-grade sellers, becoming one of the largest homebuyers in the country.

There are significant market differences between Welker’s new venture and his last one. For example, high rents in urban areas like downtown Dallas have left young professionals running toward the suburbs.

“It’s just common sense,” he said. “Fewer people want to be in downtown Dallas right now, or even in Uptown, where you’re paying the highest rents, and the city is still kind of in shambles.”

This push towards suburban living has ensured that the multifamily real estate market, where Welker does most of his work, has stayed on track after a brief financial hit in the second quarter. In fact, prices are skyrocketing on several multifamily developments in areas like Frisco and Allen and in “sub-communities,” as Welker calls them, like the Dallas Medical District and Greenville Avenue.

These lower-density areas are desirable because they allow for more space, which has become necessary as more companies transition to permanent work from home models. “I think a lot of people, with interest rates so low, they want a bigger space,” said Welker.

The new need for space has led to the growth of the for-sale products companies like Welker Properties offers. “The demand is insane, and the prices have actually increased since the pandemic began in March,” said Welker.

Welker notes three main attractions in today’s multifamily market: a yard, home office space, and a patio or balcony. “Those are the three main things that we decided are things that we need to have going forward on townhomes and new builds.” 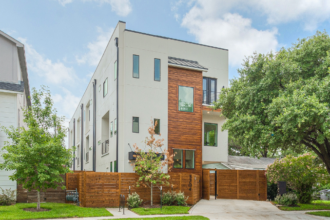 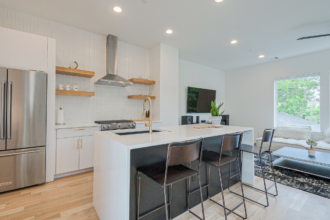 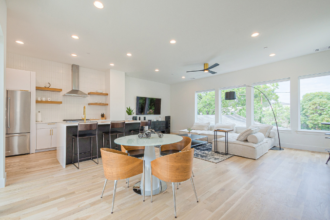 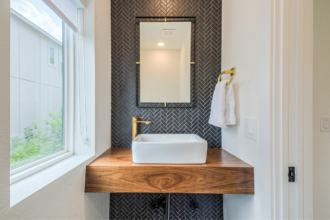 Welker is now focusing his efforts on the construction arm of Welker Properties, which allows him to cater to the new multifamily trends and tap into the vast young professional market in Dallas. They have new, Class A development that they are focusing on in communities like Greenville, Bishop Arts, and Medical District to cater to young professionals, and they are also looking for more value-add multifamily properties where they invest and rehab Class C properties in Class B neighborhoods like Garland, Mesquite, and Arlington, or as he says, “A-class construction in a B-class location.”

Developers like Welker are racing to build these units as demand continues to rise above the supply, a surprising positive trend that directly results from the societal changes caused by COVID-19. “With retail, hospitality, and commercial buildings, there’s a lot of money that’s being moved out of that, so now they are all chasing the multifamily stuff,” said Welker.

Welker himself is just trying to remain ahead of the curve with trend forecasting and catering to the construction needs in suburbs and sub-communities. Welker Properties recently finished a multifamily build in the Greenville Avenue area, selling the final property above initial price estimates. “I don’t think we were taught what’s happening right now in economics class. I just try and stay ahead of it, ahead of the curve,” said Welker.

“I don’t think we were taught what’s happening right now in economics class. I just try and stay ahead of it, ahead of the curve.”

A self-proclaimed adrenaline junkie, Welker is the proud owner of an international sailing license and a scuba license and is close to receiving his private helicopter pilot’s license. He also owns a ranch in Montana, where he has been living throughout the pandemic as he guides his team from afar. “We just really don’t know where we go from here, so I’m just trying to keep my head grounded, which the mountains really help with,” he said.

Uncertainty, and the opportunities that come with it, drove Welker to multifamily in the first place, and what inspired him to start Welker Properties in 2018.

“I was ready for the next challenge,” he says. That attitude has undoubtedly helped him remain successful throughout the years, despite what may be going on in the world around him.