Through much of 2019, Dallas-Fort Worth was one of the hottest markets in the United States for new office leases. But all those leases, representing millions of square feet of real estate, barely put a dent in the region’s existing stock of office space. Metro Dallas continues to have one of the nation’s highest rates of office vacancy, especially downtown, where nearly a quarter (23.9 percent) of office space sat vacant at the start of this year. 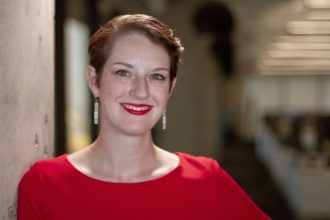 Given current trends, Dallas would need another decade of robust leasing activity to fill all our dormant office space, which is why we need to look beyond the business sector for solutions. I believe higher-education offers a viable one.

What would downtown Dallas look like if it were home to more institutions of higher learning? Our shops and restaurants would immediately benefit from increased foot traffic and energy, and our buildings would enjoy new uses that make them more flexible and desirable. Classes could be held in both commercial spaces and public buildings, like City Hall, giving students valuable real-world experiences learning alongside the very companies and institutions that could employ them after graduation. 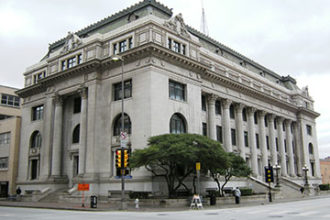 About $70 million went into the restoration of the old Dallas City Hall.

Similar urban placemaking and adaptive reuse are happening elsewhere with universities like Arizona State, Wake Forest, and the University of Connecticut revitalizing downtowns with new urban extensions and satellite campuses. Locally, the University of North Texas is getting in on the act with its UNT Dallas College of Law now operating out of the fabulously redeveloped Dallas Municipal Building. Many more opportunities exist for our local colleges and universities, especially those willing to consider alternative, non-contiguous campuses.

The School of the Art Institute of Chicago provides an example of how this can be done. It operates classes from more than a dozen buildings (many of them office high-rises) spread across 10 downtown city blocks. A similar model could be replicated here in Dallas with a university establishing a campus (or a particular school) within classrooms located across multiple downtown office towers.

This concept works because, ultimately, there is not a great deal of difference between a university classroom space and most corporate training rooms.

A rentable idea like Serendipity Labs offers similar space types as traditional lecture halls with upgrades in technology and comfort. Smaller university classes could take place in almost any conference room in the city with available seating. 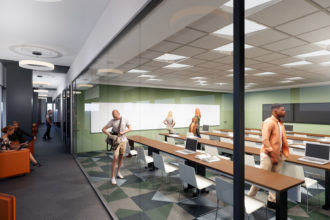 Leased university space in downtown buildings could also serve to broaden and expand a school’s brand, creating opportunities for new partnerships with the corporate community and potential new revenue streams. It’s easy to envision a business wanting to rent out a university’s downtown lecture hall or events space for corporate training or galas. Having a university operating within a building could also help the landlord lure tenants in search of a more vibrant and diverse office environment.

Downtown Dallas has come a long way over the past decade. Klyde Warren Park has delivered all it promised and more. DART, the Dallas Streetcar and M-Line Trolley have made it easier than ever to access the city’s center. New restaurants and retail are popping up. Now all downtown needs is more density—more people, vitality, and innovation. Who better to provide that than today’s students, a.k.a. Dallas’ future leaders and stakeholders?

Rachel Rouse is director of interiors for the Dallas office of global design firm HOK.