Plano-based real estate developer, Sam Moon Group, is adding to the landscape of Dallas’ Arts District with the city’s first JW Marriott hotel. The more than $125 million high-rise will sit at 2000 Ross Ave., across from the Trammell Crow Center office tower in the Arts District.

The 15-floor hotel will be built on top of an existing 10-level parking garage at Ross and Harwood street. Amenities will include a 25,000-square-foot grand ballroom and meeting space, spa, restaurant, lobby bar, fitness center, and a rooftop pool deck and bar. 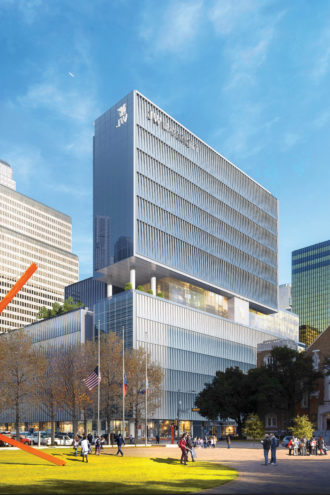 The design of JW Marriott Dallas will feature modern lines with warm touches of nature throughout. (HKS)

A restaurant will be located within the sky lobby on the 11th floor of the hotel and will feature a large indoor and outdoor seating area facing the Dallas Museum of Art. A street-level style hotel bar will be on the ground level.

Dallas architect HKS designed the 283-room hotel, which is expected to open February 2022.

The design of JW Marriott Dallas will feature modern lines with warm touches of nature throughout. Dallas-based Looney & Associates is the interior designer for the hotel.

A general contractor will be selected in the first quarter of 2020.

This will be the fourth hotel project for the Moon Group. Other developments include the Renaissance Dallas at Plano Legacy West, Hyatt Regency Stonebriar in Frisco, and Hyatt Place Fort Worth/Alliance Town Center. 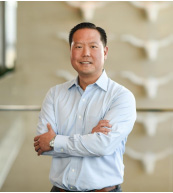 “We look forward to introducing the JW Marriott brand to the City of Dallas and witnessing the impact it has on the area and the city as a whole,” said Daniel Moon, vice president and general counsel of Sam Moon Group, in a statement.

The future downtown Dallas hotel is part of a more than $140 million redevelopment of the three-plus decade-old Trammell Crow Center office tower.