Mergers and acquisitions are on the menu for many companies, and here's how it affects office leasing in Dallas-Fort Worth.
By Steve Triolet | January 18, 2019|12:21 pm
Advertisement 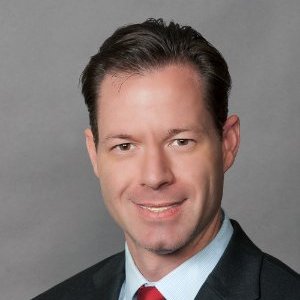 Corporate America has been experiencing elevated levels of mergers and acquisitions (not just the sizable AT&T/Time Warner merger which was approved by the courts in mid-2018), but a slew of technology and various other industries have been acquiring one another. These mergers are, more often than not, a catalyst for real estate decisions, which typically results in increased leasing activity. According to a Wall Street Journal article in 2018, a record $2.5 trillion in mergers were announced in 2018.  As companies merge with one another, one of the biggest impacts is their real estate footprints. As they gain economies of scale, they often want to consolidate operations to mitigate costs and increase efficiency or expand their territory to new markets. In the first case, they might be physically growing their workforce but leasing in fewer locations (these often take the form of large build-to-suits, which have been a prominent factor in the DFW real estate market over the past couple of years) or they might widen their geographic reach by opening new locations in markets they have not been in previously.

Let’s take a look at some current examples impacting the Dallas/Fort Worth market.

AT&T, which has purchased Time Warner, is currently undergoing a very large-scale consolidation, where the company is renovating its headquarter location in Dallas’ central business district and closing down several suburban locations including operations in Fort Worth, Richardson, and Dallas.

Signify Health, which is a recent merger between CenseoHealth and Advance Health, is in the process of closing down its Herndon, Virginia location and consolidating operations into Signify Health’s Dallas headquarters.

Focus Brands is the parent company up several popular restaurant chains including Cinnabon, Schlotzsky’s, Moe’s Southwest Grill, Auntie Anne’s and McAlister’s Deli. They are buying Jamba Juice, which is currently headquartered in Frisco at Hall Office Park. What that means for the headquarters location in the future is not currently known, but it’s worth noting that Focus Brands is headquartered in Atlanta. Jamba Juice did move its corporate headquarters just a few years ago to Frisco from the San Francisco Bay area.

In September of 2017, Steward Health completed its acquisition of IASIS Healthcare, which expanded the company’s reach to several additional states including Texas. In 2018, after the acquisition, Stewart Healthcare decided to relocate its corporate headquarters from Boston to 1900 Pearl in the Dallas CBD and to move some of its other operations to Richardson at Galatyn Commons.

DFW has been a corporate magnet this past business cycle. With merger activity at record levels, don’t be surprised to see further consolidation directly impacting our market over the short term. And not just the 22 Fortune 500 companies headquartered here, but also the large and mid-size companies, like Richardson-based RealPage, which has made several acquisitions since 2017, including Axiometrics, Lease Rent Options, American Utility Management, On-Site Manager, and ClickPay.