CRE Opinion: What it’s Like to be a Woman in Construction

Women make up 47.2 percent of the workforce across all industries. In engineering and construction, that number drops to 2.6 percent.
By Colleen Martindale | December 13, 2017|1:13 pm
Advertisement

As a little girl, the prospect of working in construction never crossed my mind. Even though I was a bit of a tomboy, who enjoyed her Legos more than her dolls, it was completely off my radar. I had this idea that construction was a man’s job. I went to college to study music. I was a senior when I made the decision to change my major to engineering. 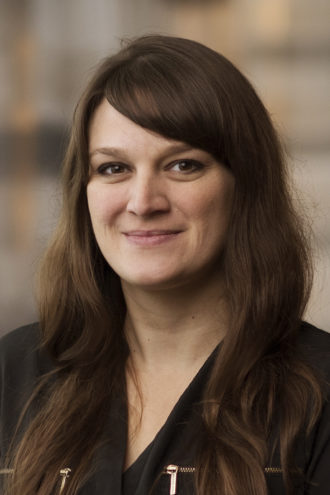 Trading my “passion” for a “career” might have been the hardest decision I’ve ever made, but it was also the smartest. Engineering programs at my university (The University of Texas at El Paso) were well regarded, and since I had always been inclined toward math and science, I thought I could be successful. The counselor who I met with literally laughed when I told him my plans. I’m not sure whether it was that I came from a liberal arts program or that I was a woman that made him so doubtful that I would succeed. Despite his resistance, I signed the paperwork and just like that, I was on the path to graduate with a bachelor’s degree in civil engineering. From the onset, I loved it. One thing I immediately noticed, especially as I got into higher level courses, was the small number of fellow females in my classes. I wondered if someone like me could complete the rigorous program while holding down multiple part-time jobs. While my male professors were excellent, sometimes I longed for a female role model.

Something I have heard from a lot of women is they “fell into construction.” I have yet to hear a young woman say, “I’ve dreamed of working in construction since I was a kid.” My experience was no different. Of the few women in my college classes, most went on to graduate and pursue a career in design. I planned to do the same, until I landed an internship with McCarthy Building Cos. in 2007, where my first assigned project was working on a bridge. I had no idea what I was getting myself into but I am glad that I did.

In 2009, I accepted a full-time job with McCarthy, and I was ready to jump back into the field, but as it turns out, there were no positions open when I got here. Instead, I was offered a position in the estimating department. Once again, I wasn’t sure this was the role for me, but I accepted. As it turned out, I enjoyed estimating and am now a senior estimator in the same department, where I regularly lead a group of estimators pursuing new heavy civil construction projects all over Texas.

What’s it like to be a woman in construction? Well, you definitely stand out, for better or for worse. I’ve always tried to use that to my advantage. I’ve been lucky because I have been surrounded by managers and colleagues who empower me, mentor me and allow me to be as ambitious. That’s not to say I haven’t encountered doubt from people who didn’t know me well—people who assume a female can’t possibly understand heavy civil construction. The best advice I ever received is to create relationships with the folks who actually build the project. I’m talking about the guys who have spent their 30-year careers out in the field. Now, when I notice something in a set of plans that I have never seen before, I have a small army of builders I can call for advice. Many of these people I also call friends.

Early in my career I often felt like I had to downplay my femininity to fit in, or act like “one of the guys” to get people to relax around me or take me seriously. I don’t do that anymore, but confidence in my own skills and expertise took time to develop. There were times where I felt the “imposter syndrome” that ails so many women in the workforce. I thought there was no way that I was good at what I did and that sooner or later, someone was going to catch on and I’d be sent packing.

I think some stubborn social norms also play a role in why we see fewer women pursuing careers in construction. The reputation that we work long hours and get moved around frequently can definitely scare people off. A lot of women express concerns about balancing their personal lives with their professional ambitions. I have learned you can have both, whatever that looks like to you, when you work for a company that truly values a smart and healthy culture.

Additionally, having a more diverse and inclusive workplace yields financial results. We can strengthen our business, develop more creative solutions and develop stronger partnerships with our workforce and communities. If we want to be the best builder in America, we must attract the best people. On top of that, we want to attract them and keep people for their entire career. We must find ways to attract more women to the industry. We want to remove barriers to success and empower all our employees to develop, grow, and succeed.

In September, I was invited to attend the first national meeting for the McCarthy Partnership for Women, held in Dallas. Aside from being an incredible opportunity to network with some of my female colleagues from all over the country, we had guest speakers and workshops on issues that were very relevant to us. Anyone can look at a construction site and tell you there are more men than women, but seeing some of the numbers really drove home the need for change. Women make up 47.2 percent of the workforce across all industries. In engineering and construction, that number drops to 2.6 percent, according to the National Women’s Law Center. Frankly, the construction industry is potentially missing out on some of the top talent because it hasn’t paid enough attention to half the population.

I left the national meeting feeling inspired. Subsequently, I joined our committee in charge of rolling out the McCarthy Partnership for Women in the Texas Division. We are currently in the process of presenting a 2018 plan to our leadership team that will focus on five general areas: Communication and Awareness, Internal and External Networking, Outreach, Personal and Professional Development and Recruiting. Currently, we are expanding our recruiting and outreach efforts to attract more women to consider construction careers. McCarthy is committed to recruiting women in all positions, from craft labor to management. We want potential candidates to see women in our recruiting materials and standing behind our booths at career events. By presenting more women in our recruiting materials and making sure we send more McCarthy female employees to university outreach and recruiting events, we hope to send a message that we welcome diversity. We are also starting the conversation with younger girls, as early as middle school, by reaching out to them (and their parents) through career fairs and presentations to groups such as Girl Scouts. We want to make sure future generations know construction can be a great, high-paying career as they decide what they want to be when they grow up.

A couple of years ago, a girlfriend invited me to speak at a Girl Scout meeting, as part of their focus on STEM (science, technology, engineering, and math). It was so refreshing to see how excited the girls were to learn about construction. The questions they asked were really thoughtful and intelligent.

Some of these investments may take years, or generations to pay off, but McCarthy wants to be the number one destination for top talent, wherever that top talent is. For 2018, we are developing training workshops, book clubs, networking opportunities, and coaching to help our female partners. McCarthy is also working on our messaging, to make sure all our employees understand the value of removing barriers to create a more diverse, inclusive culture, because it will benefit the company as a whole. The landscape here at McCarthy has changed a lot in 10 years. There are a lot more women in technical roles. In 2016, 24% percent of the population was female at McCarthy, but only 11% were in management roles. It’s an exciting time to be a part of McCarthy, with a team of leaders who genuinely care about the culture here. I am excited to see what the future holds for us.

Colleen Martindale is a Senior Estimator for the heavy civil/transportation group at McCarthy Building Cos. in Dallas.