On a recent Friday evening, as I was sipping a mezcal margarita by the pool of the Canvas Hotel, I noticed some interesting art hanging on the walls of the Gallery Rooftop Bar. They were small, minimalist canvases with big impact. My bartender didn’t know the name of the artist—the installation was new, he said—but I remembered that the space is outfitted by Dallas-based art consultancy SemosMauldin (a partnership between gallerists MK Semos and Jen Mauldin). An email later, I learned that the man behind the work is Danny Joe Rose III, a former Dallas resident who’s still represented in town by Jen Mauldin Gallery and SemosMauldin. The 30-year-old artist moved back to his hometown of Oklahoma City two years ago, but he returns frequently. I gave him a call to check in on what he’s working on now, how he sees the Dallas art scene from afar, and the inspiration behind his striking paintings at Canvas (which, by the way, are for sale and, very reasonably priced). 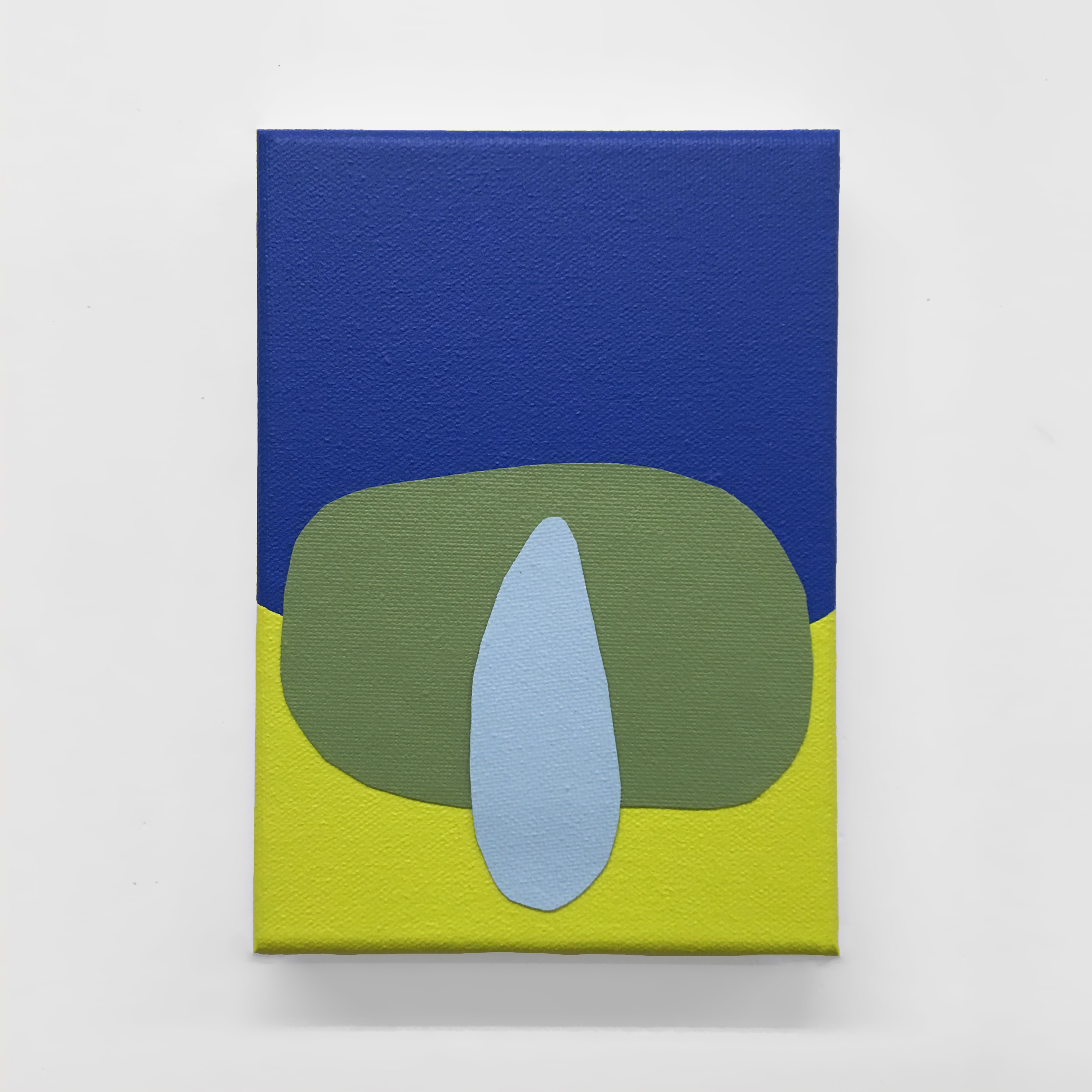 When did you live in Dallas?

I moved to Dallas around 2007, and I moved there to go to college at the Art Institute. That brought me there, and then I was there for ten years and I left almost two years ago.

What prompted your move back to Oklahoma?

A lot of it has to do with age and getting older. I love Dallas, I really do, and I spend a lot of time there still, but there’s another part of me that wanted to slow down a little and see how that would affect my work, and how my images could evolve or change from living in a smaller city. 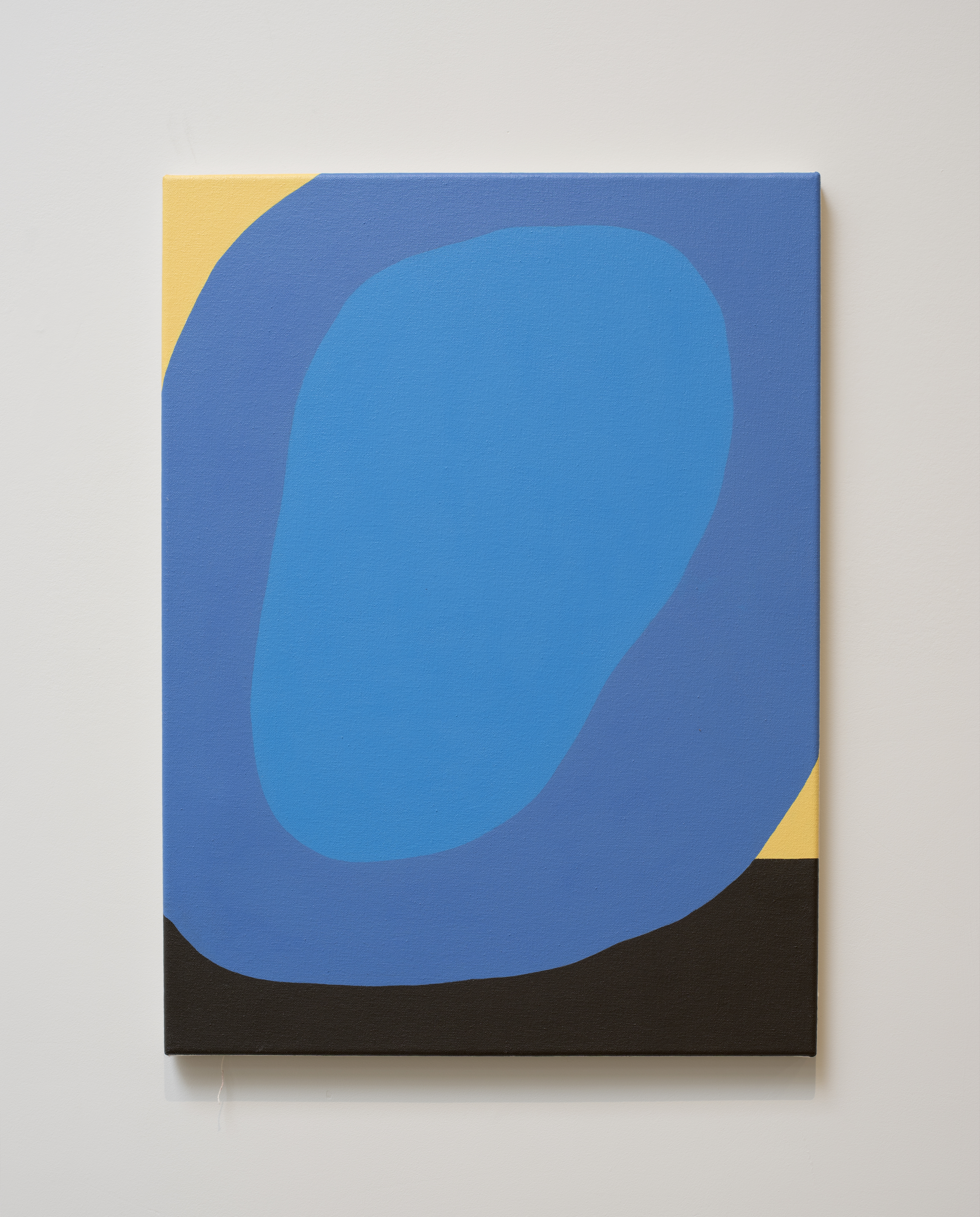 It’s growing, even from two years ago when I first moved here.

One thing I really like, and I think Dallas has this too, there’s a really big DIY culture here. That feels good because I think that artists thrive in environments like that. I think the gallery scene is important too, but I like that an artist can experiment in a space like that. They have the opportunity to try new ideas and maybe make art that’s more about discussion versus sales–I kind of like that.

Have you noticed much changing in the Dallas arts scene since you moved?

I try to come back as often as I can. I love Dallas and I try to do as many things as I can there. I have a huge amount of respect for the arts scene there and the artists working there and I want to know what’s happening there.

I think when I was there, I was much more involved with going to shows and openings often…so it might be that I have kind of gotten out of touch with that relationship, but from seeing what my friends are doing, it seems like there’s a lot happening. I’ve noticed that there’s a lot more fairs, art fairs, and small pop-ups, too, which I find interesting. 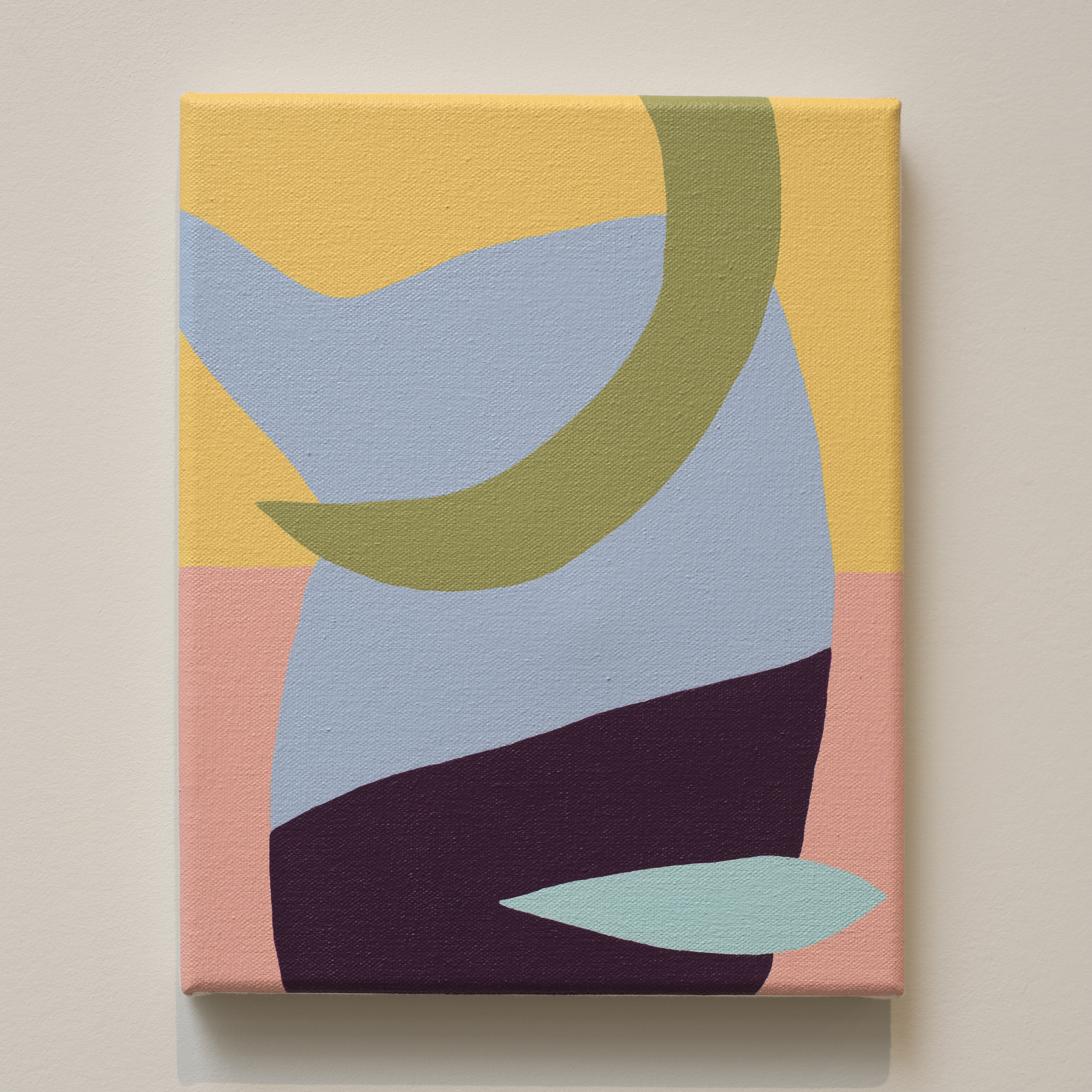 I’m curious, what inspired the series that’s on view at Canvas?

With those paintings, I was very interested in the landscape and my memories of the landscape. So, a lot of those were inspired by an actual place and a lot of them were also evolved from not real memories, they were conjured from painting and drawing and drafting images.

Today they’re a lot more about relationships, just the shapes themselves relating to each other, arrangement or color or texture. I like to think of them sometimes as visual poems. They tell a story and you’re not sure what that story is exactly. 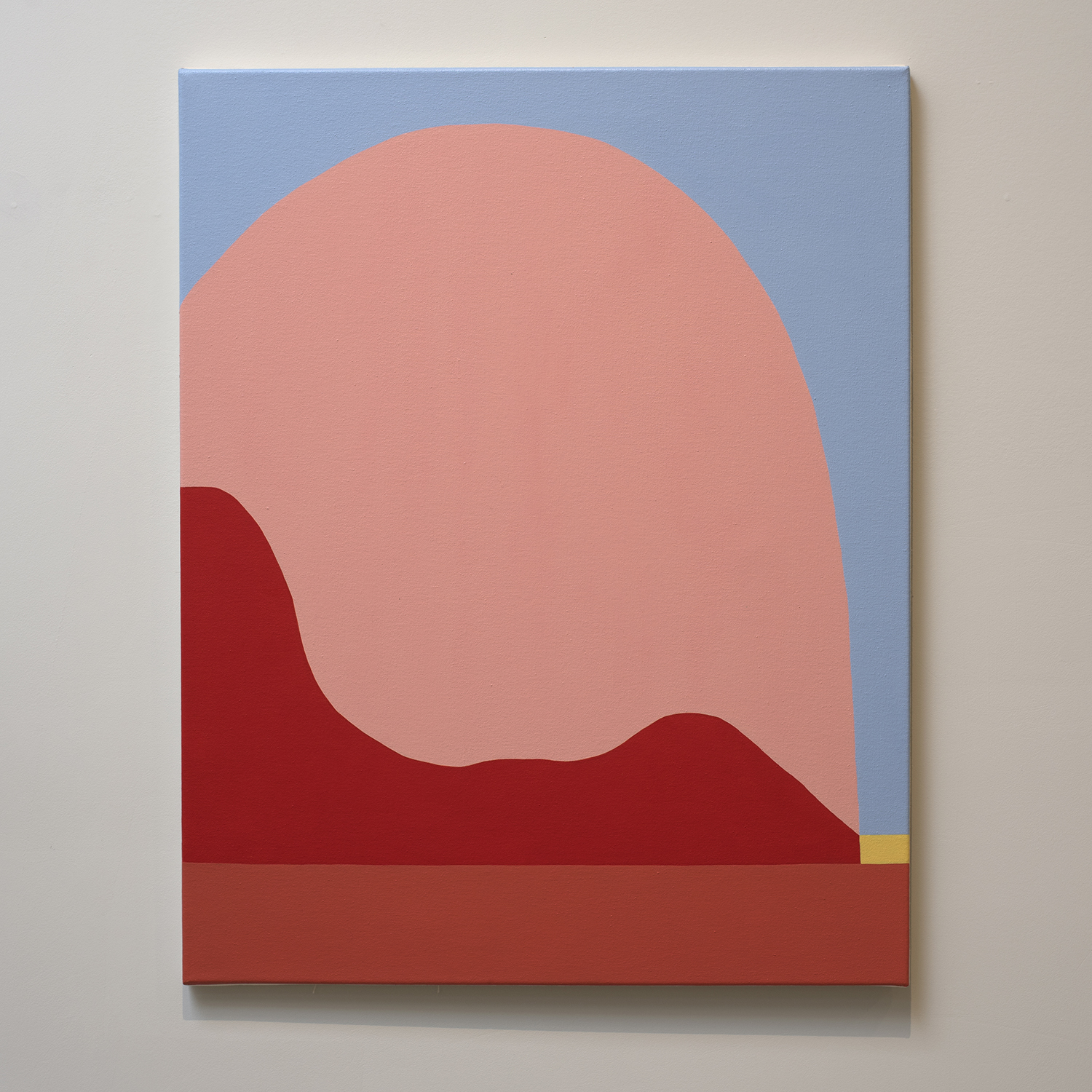 What are you working on next?

Currently, I’m working on a new series of paintings that are still in transition and growing very slowly. I’m kind of working in different way now. With my old work, I was planning and sketching and drafting images for a long time, but with this work I’m working intuitively. So, it takes sometimes days for me to figure out what to do. I might make a shape or a color and just sit with it and look at it slowly.