“That’s where we broke the record for most drink sales,” he says, pointing to The Prophet Bar. That night, a 2011 album release party for his debut EP, still makes him beam with pride, his perfectly white teeth practically blinding oncoming traffic. “People were really drinking that night.”

The singer-songwriter is driving around downtown Dallas, as he often does nowadays. When he’s not writing songs, the 43-year-old guides Dallas denizens and visitors to destinations across the city. Uber driver by day, crooner by night.

“It relaxes me,” he says of his side hustle. “And people really, really love me.”

g(EE) has a 4.8 driver rating, and it’s easy to see why: His laugh is infectious, he lets passengers talk, complain, and cry, and his ear-to-ear grin could make a Buckingham Palace guard crack a smile. But Larry hasn’t had much to smile about in recent years. After a career-changing record deal turned to dust before his eyes, g(EE) battled depression and briefly disappeared from Dallas music. He turned away from friends, and nearly turned his back on music forever. But now, with a new record and a new, electro-infused sound, the singer is scrapping his way back into the music scene. That album, Love Things, drops November 9th. It’s a story of pain, heartbreak, hope and hopelessness – a story g(EE) has hidden from for decades.

“Everyone’s got a story,” he says, thinking of his passengers and their Uber tales. “I have a couple myself.” 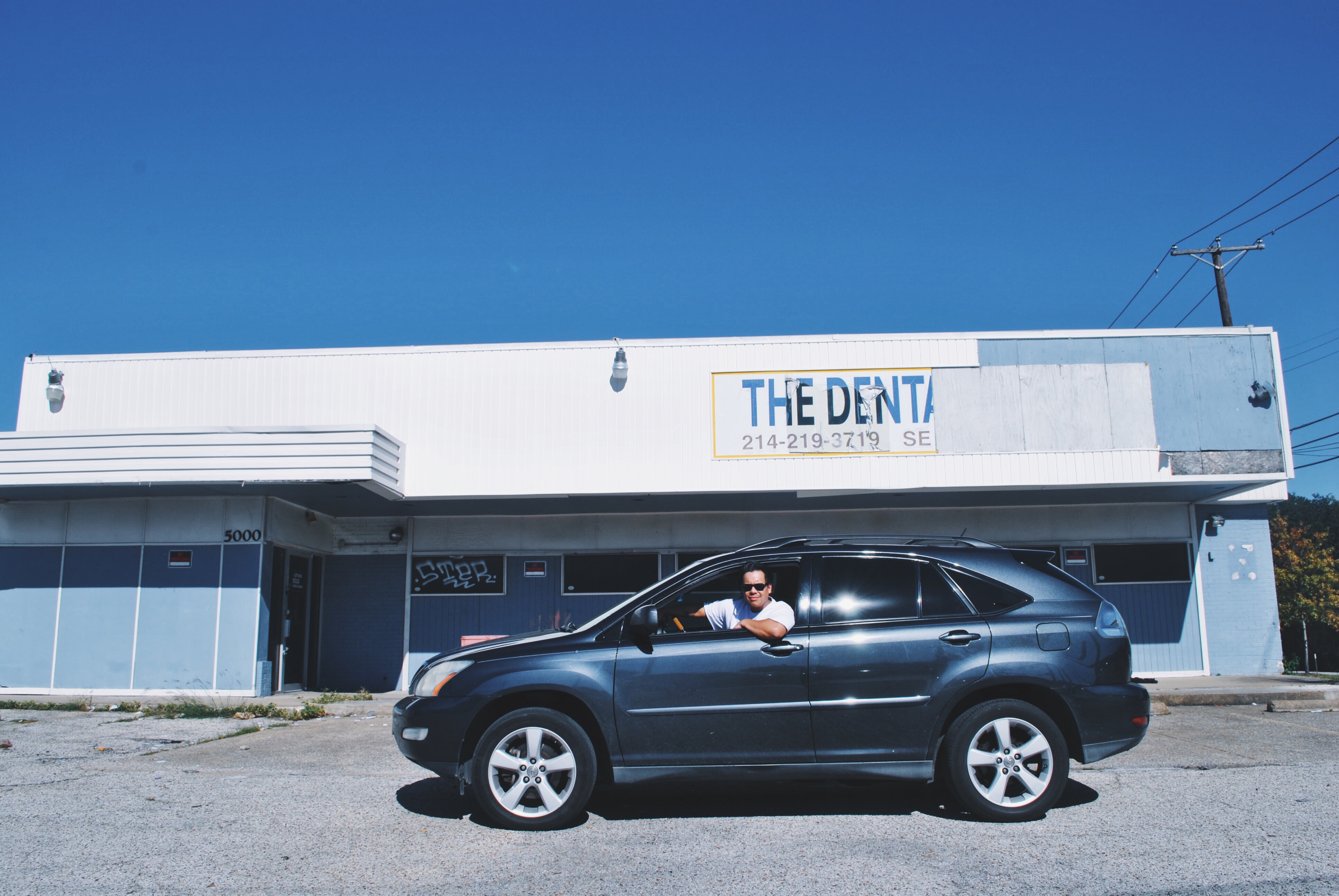 Larry Gayao was born in Abilene Texas, one of four children in a strict, religious family. He idolized Michael Jackson, Earth Wind and Fire, and New Edition, but his own artistry was confined to worship ceremonies in a West Texas chapel. It wasn’t until college at Southern Adventist University that he started experimenting with the soulful singing that would eventually become his trademark. He performed at a talent show, and his fate was sealed.

“There was nothing else like it, man” he says. “Just pure electricity.”

But the show didn’t last long. Gayao got married soon after college, and when he tried to keep gigging on the side, his father-in-law stepped in.

“He was my boss, and didn’t want music to be a part of his daughter’s life in any way,” he says. “To him, it was just a hobby.”

The marriage lasted just a little over a year, so at 26, Gayao wandered into Dallas as a penniless divorcée. He worked gigs in Uptown, and made ends meet by bussing tables.

“I was happy because I was doing it; I was singing, and it felt like me.”

A talent manager wanted Gayao to follow her to Los Angeles, where she promised he’d find work singing. But he had recently joined ranks with a few other local musicians, the band that came to be Odis. So he stayed.

“Looking back, it was one of those intersections we all have. Who knows what would’ve happened if I left?”

Odis enjoyed some local success, but never broke out of the metroplex. After five years, the band split, and Gayao saw his window. Now was his time to be the artist he thought he was. Now was the time to land that deal – to go to LA, perhaps, or anywhere that appreciated his soul sound. Larry Gayao became Larry g(EE), a blues wailer backed by a big band. He dropped his debut EP Weekends – a four-track medley of smooth blues bops recorded in a Lewisville cabin – and landed spots on Warped Tour and Jimmy Kimmel Live! But in pursuit of that elusive deal, g(EE) started to listen to every silver-tongued soothsayer who told him they knew stardom was just around the corner.

g(EE) sits at an Uptown intersection, a block away from the restaurant where he bussed tables in his mid 20s. He’s in between Uber runs, still driving around some of his old Dallas haunts. The Lexus is at a stoplight, and the singer, who knows the area like the back of his hand, is thinking about which way to turn.

Larry’s life became all about the record deal. He locked his past away, threw himself into the musical style he thought would make him big, and spent nearly every dollar he had to produce songs with so-called hitmakers.

“Things got quiet. And when they did, the people who were the loudest voices in my head were nowhere to be found.”

The Deal – the one that would catapult g(EE) into the music stardom stratosphere – finally came in late 2016. The London-based agency + label DefDisco made a grand entrance into the Dallas market, signing g(EE) and a slew of other Dallas artists. g(EE) partnered with a San Antonio-based band to produce an album that was to be paid for by the British label.

“This was my moment. This was what we had worked toward.”

g(EE)’s manager warned him not to sign the deal with DefDisco. It was no good, he said. The percentages weren’t in their favor. But g(EE) didn’t listen. The well was running dry, and he was desperate.

“How could I be on Kimmel, go on Warped Tour, do all these things and not already be where I want to be?” asks g(EE). “This was my way to save face.”

Before any albums were released, DefDisco’s Dallas rep resigned, the label dissolved, and its entire roster of Dallas talent was left without representation. Rumors still swirl about what actually happened when DefDisco came to Dallas, and the label didn’t respond to a request for comment. All g(EE) knows is that the album – which he still hopes to recover and release – was shelved indefinitely. Those loud voices saying he was always one song from stardom fell silent, and g(EE) fell into depression and despair.

“I’ve never seen an artist get the support he does from people around him, and it’s amazing, but it creates a lot of pressure,” says Amber LaFrance, g(EE)’s publicist and longtime girlfriend. “Larry likes to make people happy, and I think he felt like he let people down.”

As his father faced another battle with cancer, g(EE) fought overwhelming anxiety.

He started to drive for Uber, at first just to pay the bills. But he found it cathartic to drive around his city. It offered a way to get out and just think. Then, an encounter with his former tour manager started to turn things around. g(EE)’s manager introduced him to Esteban Flores, a young hip-hop head who plays with the band Feeves.

Over the course of several months, g(EE) and Flores wrote songs in a tiny Oak Cliff apartment, creating what would become Love Things. g(EE) wasn’t searching for a hit; he was just writing. Music, the thing from which he isolated himself, became his refuge.

“Love Things was therapy. I just started writing about where I was in that moment, and it all came out.”

That includes stories about his divorce, his anxiety and depression. He seldom talks about any of those things, let alone sings about them. But this time, unchained from any obligations, he’s not holding anything back.

“People forget that Larry’s reinvented himself before,” says LaFrance. “He’s done rock, he’s done soul, and now he has more ownership of his career and his art than he ever has. So there’s no stopping what he can do.”

Love Things is a different style for Larry g(EE). The powerful vocals are still there, but the songs are more pop than soul. LEV, Larry’s friend and a fellow ex-DefDisco signee, guests on “RNR,” a funky track that’s half-ballad, half-summer jam. “Central Valley,” with Sam Lao, is a reflection on his divorce. Each song is a piece of g(EE)’s story, and each song is a departure from his previous work. That’s by design. 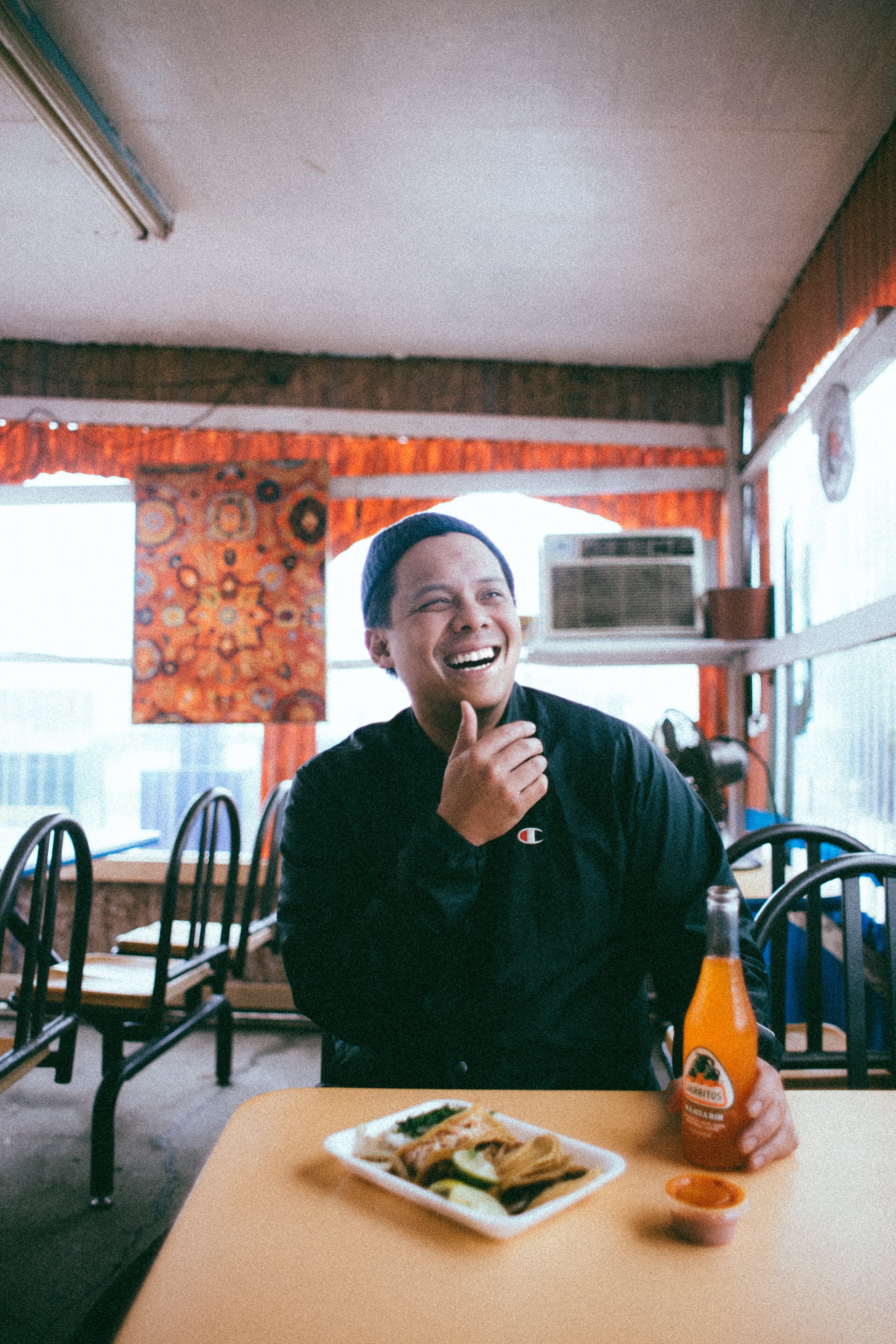 Nowadays, Larry g(EE) talks a lot about purpose. Everyone has one, he says. When asked what his purpose is, g(EE) doesn’t hesitate.

“To share what I have, and try to help people whenever I can.”

After Love Things drops, he plans to keep writing, to get back to performing and to help any artist he can along the way. He’s not sure what that looks like, but he’s interested in mentoring singers so they avoid some of the pitfalls that come with being a young artist.

Still driving that grey SUV, g(EE) grips the steering wheel and heads toward the highway. Behind him lies Uptown and the sites of his earliest gigs. The rest of Dallas lies ahead.

“Let’s ride,” he says, sliding open the sunroof to reveal an impossibly blue Texas sky. “I’ve got more to show.”

Larry g(EE)’s new EP, Love Things, drops November 9. The singer will celebrate the release with a free party at The Statler.