UPDATE: Melissa Poe of Big Rich Texas was in the 1990 Miss Texas USA pageant as Miss Carrollton. I haven’t found anything about Melissa also being Miss Dallas.

Big Rich Texas viewers were mystified by Melissa’s odd demeanor in episode 3 after she told Leslie she was a former Miss Dallas and Miss Carrollton. Via Facebook message, Melissa Poe confirmed that it was in 1989 and was the Miss Texas USA system.

I don’t think any questions would have lingered if she hadn’t refused to answer Leslie’s most basic questions. But she did refuse and, as promised, I did have to investigate. It took awhile, but I finally tracked down a DVD of the 1989 Miss Texas USA pageant hosted by Bob Eubanks in San Antonio. 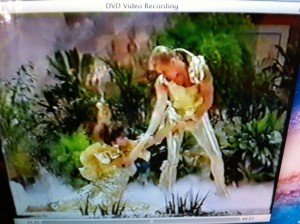 I’ll admit that I clicked fast forward a few times; mainly past the painful number performed by the pageant contestants and some guys dressed in metallic Tarzan costumes.

But I sat patiently through the introduction of all 103 contestants paying special attention to any of the girls named Melissa, with an emphasis on Miss Carrollton and Miss Dallas and girls representing surrounding areas. And here’s the report: (forgive my poor attempt at spelling some last names but they weren’t displayed on the screen).

I’m positive there’s a perfectly good explanation for the confusion, I just haven’t found it yet.

Let's go to the video.
By Tim Rogers
Innovation