Enjoy unlimited access to all of our incredible journalism, in print and digital.
Subscribe Now
Advertisement
Holiday

From Cades Cakes and Glossier to Away’s technicolor storefront, here are the brands to visit IRL this December.
By Caitlin Clark | December 3, 2019|4:12 pm
Advertisement

These online-only and cult-favorite brands are popping up for a limited time. Plan your holiday shopping accordingly. 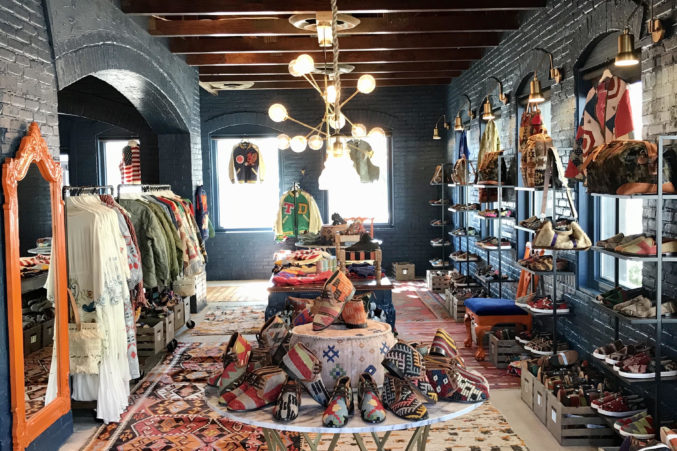 Given Dallas’ love of Aspen, it’s not surprising that Res Ipsa (which has flagships in the Colorado city and Nantucket) would find its way here. Occupying a beautifully transformed, Moroccan rug-filled space in the former On the Border on Knox Street, the lifestyle brand’s second-ever pop-up store features an array of slippers and chukka boots made from vintage Turkish kilim rugs, candles and giftable items, as well as upcycled vintage varsity jackets, puffer vests, and Japanese sukajan jackets made with Vietnam-era military liners.

Creative friends Jamie Coulter and Lindsey McClain dreamed up La Vie Style House after meeting at a BodyBar Pilates class in 2013. What initially launched as a styling studio in 2015 has evolved into a full-fledged design house for their colorful, vintage-inspired kimonos and caftans, which count January Jones and Chrissy Teigen as fans.

La Vie Style House can be purchased IRL at Barneys, but for Dallas buyers, Coulter and McClain have set up shop in Highland Park Village for the month of December. 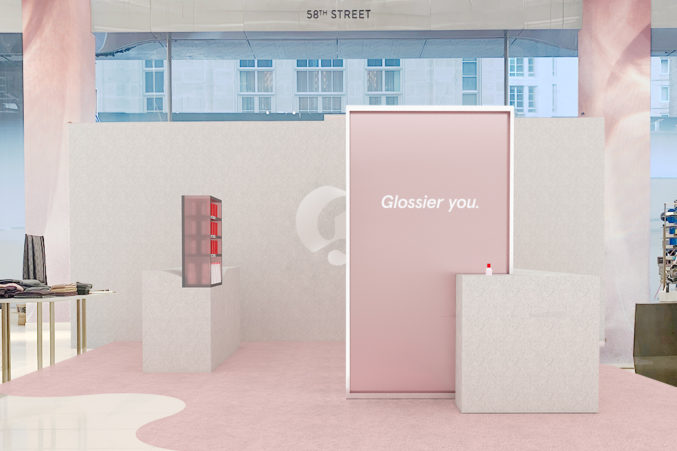 You know Glossier, the billion-dollar, millennial-focused brand. Emily Weiss’ company first paid Dallas a visit in 2017, when they hosted an immersive, buzzy pop-up on Henderson Avenue. Today, Glossier makes its brick-and-mortar return in the name of Glossier You, a perfume and their first foray beyond skincare and makeup. In keeping with the brand’s “skin first” philosophy, Glossier You adapts to each wearer’s skin chemistry. So although it’s described by most as “musky,” there should be a touch of bespoke to every bottle.

Glossier You will host experiential pop-ups at seven Nordstrom locations through February 16, including Nordstrom NorthPark.

The Dallas-native and Momofuku Milk Bar graduate whipped up everything from Mambo Taxis to Post Malone in cake form during her stint in Texas. And though the Instagram-famous baker recently moved her operations to New York City (where she’s crafted cakes for SoulCycle, Shopbop, and SNL’s season finale), she’s heading back home for a holiday pie pop-up from December 20 to 24. Click here to get your order in. 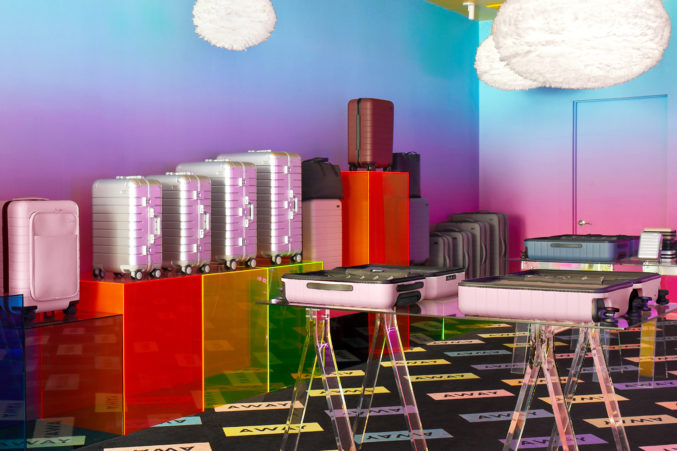 The innovative and photogenic luggage brand has a cult following fueled by Instagram, but the brand only has a handful of stores across the U.S. In 2020, Dallas will add its name to that edited list, but until then, Away is hosting a temporary pop-up in their upcoming location until January 5.

The space was designed by Sasha Bikoff, and is well worth catching before the spot is once again reimagined. “We’ve created a technicolor dream cloud that evokes a feeling of escapism, drenched in bold colors—quite literally—from the floor to the ceiling,” Away co-founder and chief brand officer Jen Rubio says. “The look and feel of the permanent store, however, will be completely different from the pop-up, but elements will remain unique to Dallas.”

Summer’s Here. Here’s How to Up Your Cabana Style

Experts from La Vie Style House and Roller Rabbit chat about which essentials to add to your closet.
By Kimber Westphall
Fashion

Step Inside Flea Style’s Newest Storefront, a Sports-Themed Boutique at The Star in Frisco

The founder of La La Land Kind Café is "set out to prove that a business can do a lot more than we normally expected."
By Ben Swanger
D Magazine Directories