Andrew Alexander was caught in traffic, so he did what anyone else would do: he took a shortcut. But when he saw an old Studebaker truck decaying in the yard of a run-down house, he did what few others would do: he pulled over and knocked on the door to see if the truck was for sale. Alexander does this often, and sometimes it leads to trouble. “I’ve been chased off people’s property before,” he says. “I’ve had the police called on me.”

But this time, Alexander hit the jackpot. The owner took him to a large corrugated metal building behind the house that once contained a foundry. Inside, he saw piles of vintage machinery. Much of it still worked.

Finding treasures like these is what has driven Alexander to become one of the premier vintage tool collectors in the world. Even when he was earning his degree from the Culinary Institute of America in New York and working at The Mansion on Turtle Creek, finding and restoring old tools was his first love. In fact, the 42-year-old bought his first tool (“A 127-pound Peter Wright anvil, the biggest piece of junk you ever saw in your life,” he says) at age 17.

Now, more than a decade after leaving the culinary world, he estimates his collection (1,553 anvils) is one of the biggest and, according to him, “the most historically significant anvil collection in the world” (see sidebar). The walls of his East Dallas office, which he is working to convert into a museum space, are cracking because of the weight. “There are 88,000 pounds in this room alone,” he says, surrounded by racks of anvils. “I had to have an engineer come and help me figure it out.”

Anvils aren’t the only things he collects and displays. He has more than 2,000 vintage vises and several warehouse rooms full of vintage lathes, presses, and drills that delight his nearly 100,000 Instagram followers (@blacksmithtools).

His focus is on preservation. “I am motivated by the history of these pieces,” Alexander says. “I love to restore them and give them new life.” So he’ll keep knocking on doors. 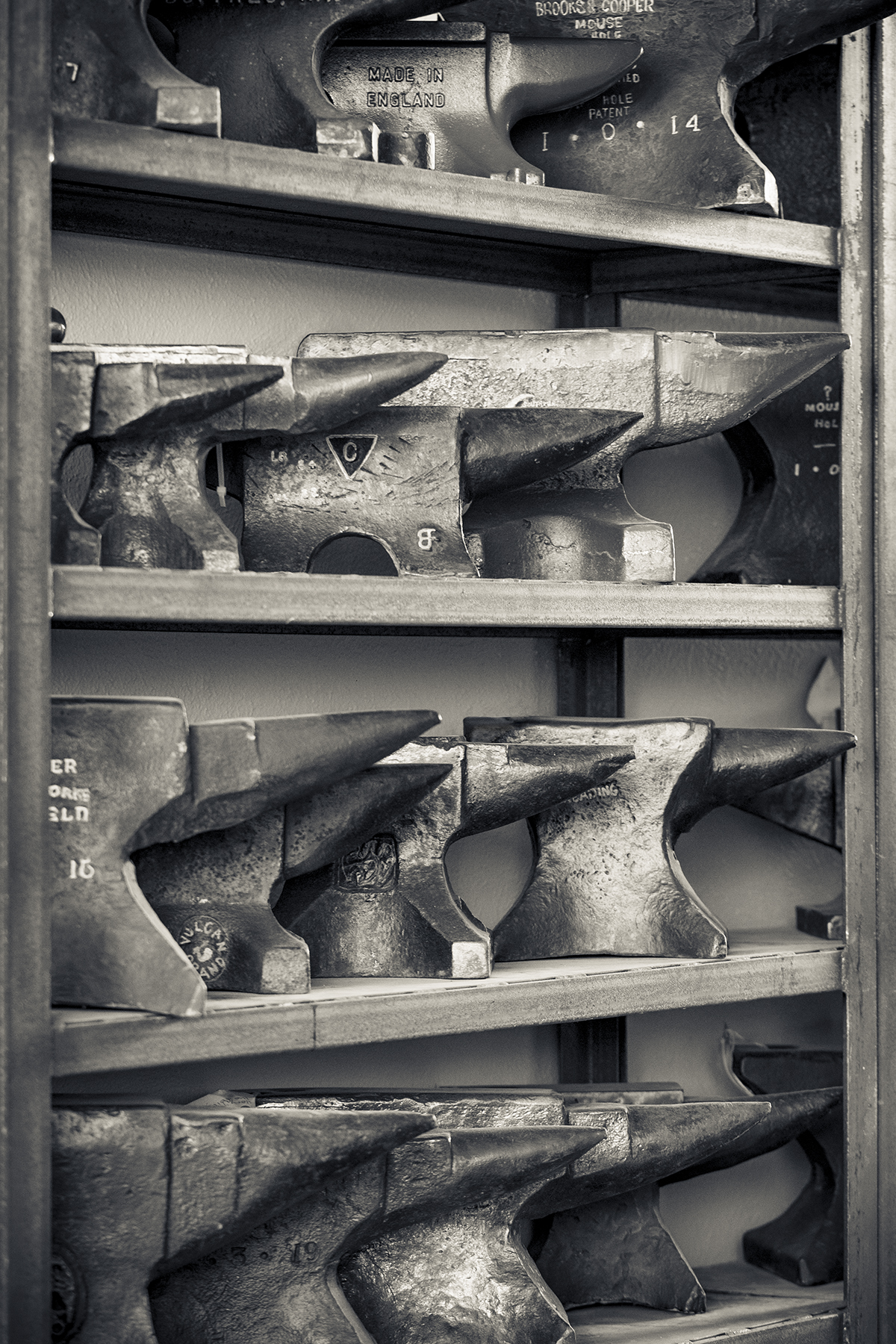 In 2018, Alexander purchased the anvil collection owned by Richard Postman, author of Anvils in America (the anvil collector’s bible). This collection was documented in the encyclopedic book, and it took Alexander two 18-wheelers to haul it from Michigan to Dallas. “I took one 18-wheeler up there, but it was way overweight,” he says. “So I had it pull over at a friend of a friend of a friend’s place and had another 18-wheeler come meet us.”