Cubism in Color: The Still Lifes of Juan Gris

The DMA welcomes the works of Juan Gris, the unsung pioneer of cubism, for the first exhibition dedicated to him in the United States in 35 years. “Cubism in Color” highlights Gris’ attention to everyday life, showcasing his evolution as an artist through 40-plus paintings and collages. Born in Madrid in 1887, the artist is often overshadowed by better-known players like Pablo Picasso and Georges Braque, despite his revolutionary contributions to cubism in the early 20th century. Still, thanks to his radical technique, Gris’ works are known as some of cubism’s most innovative and distinctive pieces. 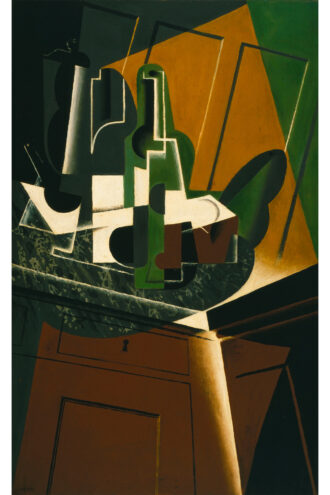 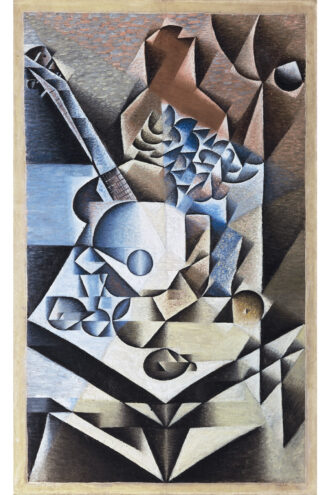 His paintings are lauded for their vibrant colors, still-life compositions, and continually evolving approaches. This exhibition will reveal, through its vast collection of works, the range of the prolific artist’s career, with an assist from important loans from New York’s Museum of Modern Art, the Philadelphia Museum of Art, the National Gallery of Art in D.C., Paris’ Centre Pompidou, and the Telefónica Cubist Collection and Museo Nacional Centro de Arte Reina Sofía in his native Madrid. This rare retrospective of Gris’ work and life was co-organized by the DMA and the Baltimore Museum of Art.

Japanese artist Yoshitomo Nara rose to global prominence in the 1990s. Nara is known for his pointed portrayal of both nuanced and ambiguous emotion, and for melding contemporary issues with East Asian and European artistic tradition. This retrospective includes his paintings, sculpture, and drawings, many of which are being seen for the first time.

Confederate Currency: The Color of Money

John W. Jones has documented almost 130 depictions of slaves on money from Southern  states. “Confederate Currency” juxtaposes framed versions of that cash alongside Jones’ acrylic paintings of the slave images to make a statement about the economy’s reliance on slave labor. Two other exhibitions debut in March at the museum: “Tears: Weaponized, Devalued, and Reconciled?” and “Dynasty: The Peculiar Search for Totality Featuring Artist Missy Burton.”

This experiential dance performance will take place across the AT&T Performing Arts Center’s campus, as dancers lead the audience through both indoor and outdoor spaces. Choreographers Emily Bernet and Taylor Rodman have created site-specific pieces to be performed by the dancers and audience alike. The show’s title, The Great 30, refers to the 30 simple movements used throughout the performance.

Yoakam’s most recent bluegrass album, Swimmin’ Pools, Movie Stars, commemorates the 30-year anniversary of his debut, Guitars, Cadillacs, Etc., Etc. Yoakam has recorded five Billboard No. 1 albums, 12 gold albums, and nine that have reached platinum status. (He is also fantastic in a small part as a prison warden in Steven Soderbergh’s Logan Lucky.)

Adams has inspired devotion from audiences with her gospel-rooted R&B since the success of her debut album, Circle of One, in 1990. DeSoto native Webb joins Adams onstage for an additional special performance.

Dance Gavin Dance’s brand of rock doesn’t lend itself easily to categorization. The group doesn’t help, refusing to be pigeonholed into heavy metal or punk, instead incorporating wider-ranging influences like slinky funk and melancholy R&B. Maybe that explains why their 2015 album, We Own the Night, has more than 12 million streams on Spotify.

Over the past decade, Moore has earned eight No. 1 hits, seen seven others land on the Top 10, and scored two platinum albums. His traditional country sound has built him a loyal fan base and  his Justin Moore Podcast has extended it, as he interviews guests like Tracy Lawrence. His latest studio album, his fifth, has the extremely country title Late Nights and
Longnecks.

This month’s lineup wasn’t finalized at press time, but February saw Galentine’s and Valentine’s features like The Notebook and Crazy Rich Asians alongside films led by Black actors and filmmakers to honor Black History Month (Love & Basketball, Queen & Slim) and Dazed and Confused for no particular reason. So we are certain you can find something to see, in addition to a good view of the downtown skyline.

Editor’s Note, the below item has been postponed until June; the print version of this story included the previous March date.