The production story of Dallas filmmaker Cooper Raiff’s first movie, Shithouse, reads like an independent film fairy tale. Raiff shot a draft version of the movie over spring break two years ago with friends while at Occidental College, in Los Angeles. He shared a cut with the filmmaker and actor Jay Duplass via YouTube.

Duplass (known for his collaborations with his younger brother Mark) decided to mentor Raiff through the process of getting Shithouse made for real, helping to secure a seasoned crew and top acting talent. Heading into March’s SXSW Film Festival, where Raiff’s film was set to debut, the 23-year-old was getting a lot of buzz as the kind of young and fresh cinematic voice whose career the festival has a reputation for launching. Then the COVID-19 pandemic hit, and the festival, like everything else, was canceled.

SXSW’s cancellation may have been disappointing for film lovers, but for filmmakers like Raiff, it was catastrophic. Festivals are more than events where you can binge-watch independent film; they are places where filmmakers bring their movies to be discovered by distributors, financiers, and audiences. When festivals around the country and around the world began to go dark, Raiff was only one of several Dallas filmmakers who lost access to that market.

Miles Hargrove spent almost 30 years making his documentary Miracle Fishing, about his father’s kidnapping in Colombia in the 1990s. He hoped it would find a distributor at the Tribeca Film Festival, where the film was set to debut in April, until the festival was called off. Conor and Jake Allyn, sons of film producer and former political consultant Rob Allyn, planned to debut their Texas border thriller No Man’s Land at the Dallas International Film Festival and had a special screening planned for April with the influential talent agency CAA. Both were canceled. Their father intended to roll out his film Rajah in July at the Cannes Film Festival, but, as of press time, the festival had been postponed indefinitely.

“This will be a fundamental shift in the theatrical distribution industry forever,” Dallas Sonnier says. “It’ll be a completely new world once we all return.”

The sudden disappearance of film festivals has sent ripple effects through the entire filmmaking industry, evaporating distribution strategies and business models overnight. With audiences sheltered indoors, exhausting their Netflix streaming queues, all new productions shut down and filmmakers could no longer pursue the traditional methods of getting their films in front of audiences. Dallas Sonnier, who launched the Dallas-based production company Cinestate in 2016, says his company was lucky. Cinestate had wrapped production on its latest two films days before the COVID-19 lockdowns began. But the pandemic, he believes, has changed the way all movies will be made and presented moving forward.

“This will be a fundamental shift in the theatrical distribution and exhibition industry forever,” Sonnier says. “It’ll be a completely new world once we all return.”

To understand why filmmaking was so vulnerable to the changes brought on by the pandemic, you have to see the current crisis through the lens of an industry that had already started to shift. Theaters have been fighting with streaming services for audiences for years, and the cancellation of festivals and the closing of movie theaters have accelerated that transition.

After the COVID-19 outbreak, large movie studios that already own streaming services simply bypassed planned theatrical releases and began to offer movies directly to quarantined consumers. But smaller production companies and independent filmmakers rely on festivals and theatrical releases to generate attention for their films. During the pandemic, this entire sector of the industry has been effectively locked out of the market. 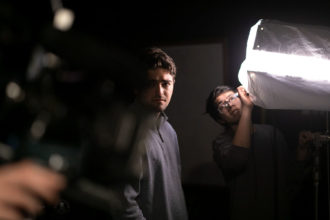 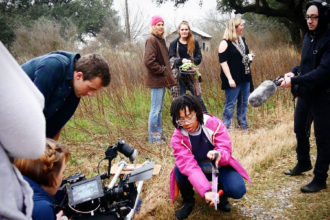 Courtesy of Dallas VideoFest
Better Than Nothing: The filmmakers behind the VideoFest’s numerous short films—including Power, seen here—supported moving the screenings online.

Strangely, there is a precedent for these seismic changes. In March, the New Yorker critic Richard Brody wrote about how the 1918 flu pandemic paved the way for a massive film-industry consolidation that allowed major Hollywood studios to buy up theaters and establish control over the entire movie-watching experience, from production to presentation. Sonnier says companies like his will need to find ways to collaborate—not only on distribution but also financing new projects—in order to survive what he believes could be a similar culling of the filmmaking industry.

For the local filmmaking scene, surviving such a purge may prove difficult. In recent years, Dallas has incubated a plucky and collaborative-minded collection of filmmakers who are supported by the city’s many festivals and art-house theaters. But those venues were the first to be affected by the crisis. They have tried to adapt.

After the mandatory shutdowns, The Texas Theatre’s owners created a revenue-sharing partnership with the indie streaming service Film Movement to stream films they otherwise would have released in their theater. The Dallas VideoFest didn’t cancel its spring festival (Alternative Fiction) but opted to move it online, experimenting with a streaming model that made films available to audiences only at the time when the movie otherwise would have been shown in the theater during the festival.

But for local fests and theaters, online streaming is a stopgap, not a solution. The Dallas International Film Festival postponed most of its event, moving some screenings online. While artistic director James Faust says he has been keeping an eye on other festivals’ streaming experiments, there are risks for feature filmmakers. Films shown online can be pirated, and debuting a film online may limit filmmakers’ ability to sell their movies to distributors down the line. Hargrove, for example, canceled an interview for this story because his publicist advised him to cease all publicity around his film after Tribeca was shuttered. “[Filmmakers] are very precious with their product,” Faust says.

In the short term, however, there may be some opportunities for filmmakers as homebound movie lovers scroll to the end of Netflix and begin to look for new entertainment. Rob Allyn says there is interest in acquiring some of the would-be festival films for straight-to-streaming distribution. Sonnier’s company has released films in theaters and on streaming services concurrently, and he is hopeful he will be able to get his completed movies in front of audiences, even if Cinestate’s plans to launch a theatrical distribution arm this year are now on hold. For Raiff, at least, the fairy tale continues. Even though SXSW canceled the festival, the jurors still awarded the festival’s prizes, and his Shithouse won the narrative competition. He says that has sparked interest from Hollywood distributors. 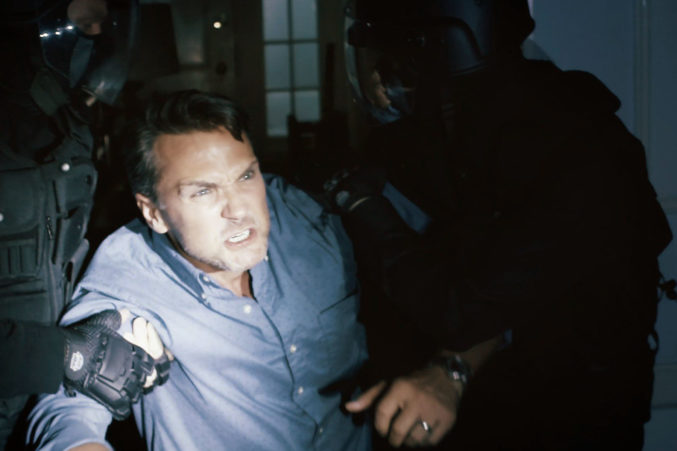 But even as some filmmakers may find online audiences for their films, the crisis raises broader existential questions about why we go to the movies in the first place. Film lovers seek out events like the Dallas International Film Festival and venues like The Texas Theatre precisely because watching a movie with an audience is a communal experience unique to cinema, something that can’t be duplicated by Netflix. The loss of that at this time is another cruel aspect of the pandemic. It has robbed us of these shared cultural moments that help communities find the strength to endure and withstand moments of trauma and crisis.

But for us to have movies to return to, the films, filmmakers, and film venues must survive. And in such uncertain times, it will take months, if not years, to understand how this great upheaval will reshape the industry. What we do know now is that we are embarking on a prolonged struggle to preserve our cultural spaces. It won’t be easy, but it is a battle worth waging.

The North Texas Film Festival Debuts This Weekend in Plano