When Tristan Hallman announced in August that he was leaving the Dallas Morning News, where he’d been a reporter and editor for six years, to become the chief of policy and communications in the mayor’s office, the news did not make national headlines. But among a certain set that includes a handful of local media watchers and his mother, it was a big move. Hallman was like Verbal Kint in The Usual Suspects, lighting a cigarette and walking into Dallas City Hall just as News editor Mike Wilson realizes he’s really Keyser Söze and drops his Local Journalism Matters coffee mug. Mind blown.

But Hallman is just the latest in a long list (if six is a long list) of journalists who have found their way to jobs in the mayor’s office. Herewith, the definitive power ranking, based on how things have turned out for the journalism ship jumpers. 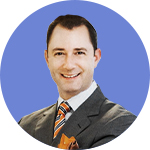 He was an investigative reporter and covered City Hall for CBS Channel 11 from 1998 to 2001. From 2002 until 2005, he served as chief of staff for Mayor Laura Miller. Now he is the owner and CEO of Sunwest Communications, a public relations and public affairs firm. Webb serves on too many boards to mention, and he likes to wear suspenders. Another member of this list, when told the definitive power ranking was in the works, even said, “That Crayton fella is doing quite well.” 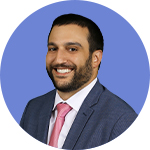 He worked at the News from 2006 to 2014, leaving his job as City Hall reporter to work at Baylor Scott & White for a heartbeat. Then he was chief of policy and communications for Mayor Mike Rawlings from 2015 to 2019. Now he is senior vice president of communications, marketing, and events for the Dallas Regional Chamber. Don’t let the “senior” in his title fool you. Goldstein is still working at a nonprofit. Why leave journalism if not to profit? 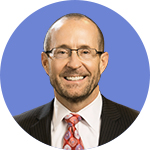 He was a senior correspondent at ABC Channel 8 from 2000 to 2007. From 2007 to 2011, he was the chief of staff for Mayor Tom Leppert. Now he is the vice president of external affairs for the AT&T Performing Arts Center. Heinbaugh has huge guns and keeps fit in a way that suggests he is the boss of his own schedule. This is probably because no one really knows what “external affairs” are and so, without meeting invites, he is free to do curls and catch a lot of shows at the Winspear. 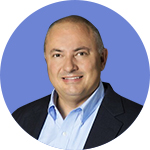 He was an executive producer at CBS Channel 11 from 1995 to 2005. He was the chief of staff for Mayor Laura Miller from 2005 to 2006 and then led the Public Information Office at City Hall for seven years. Now he is the chief marketing officer for VisitDallas. When VisitDallas CEO Phillip Jones was forced to step down in May in part because he was expensing everything, including Tumi backpacks, it seemed Librio’s job might be in peril. Not so. He’s busy moving those “B G” signs all over the city. 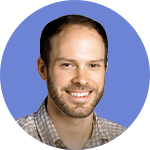 He admits that since this headshot was taken, his male-pattern baldness has worsened. That’s not a strike against him. It’s just funny because we’re in the same boat. Anyway, it’s too early to tell with Hallman. Not with the hair thing. It’s obvious where that’s headed. We’re talking about the career path. Hallman is all potential. In five years, he, too, could be wearing suspenders. 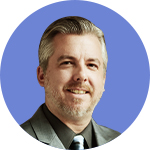 He was a staff writer at the Dallas Observer from 2008 to 2011. After a stint at Allyn Media, he was the manager of public affairs and communications for Mayor Mike Rawlings from 2013 to 2014. Now his LinkedIn page reads: “experienced leader and communications pro looking for a new challenge.” So listen. That beef we had with him back in the day? It’s water under the bridge. Merten is a good dude, and he’d be a solid addition to any organization. He was the COO at the Bridge Homeless Recovery Center for four years, for goodness’ sake. All seriousness: give him a call.

Tristan Hallman Stole My Job as the Mayor’s PR Guy

No justice, no peace.
By Tim Rogers
Local News

Who Owns That $300k Ferrari That Was Stolen in Highland Park?

I've got a guess.
By Tim Rogers
D Magazine Directories