From the front row looking in, it’s easy to think there’s not much to fashion shows. Just throw some trendy pieces on leggy models, get them on the runway, and it’s showtime, right? But now that I’ve spent time working in the industry, I’ve found that a significant amount of effort goes into making a show look seamless. With The Salvation Army and DIFFA benefit shows both approaching, I asked my mentor, producer Jan Strimple, to offer a peek behind the curtains. 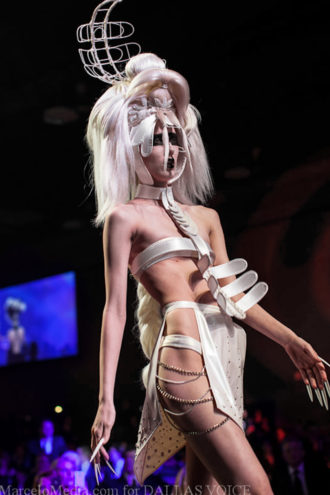 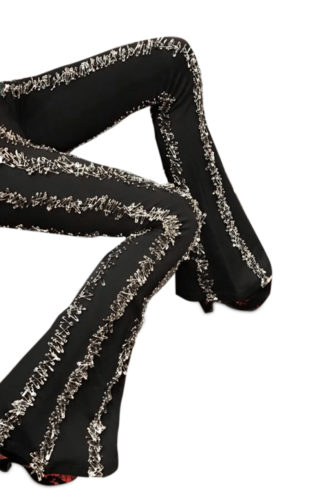 Choosing the venue is not just about finding an empty warehouse with room for a catwalk. The location should stick to a theme and create a scene. Strimple once produced a show in an airport hangar. “We started the show with four male models dressed in flight suits theatrically opening the hangar door as a perfectly rehearsed private jet taxied to its precise lighted spot and parked,” she says. “The audience watched in awe as the first six female models descended the steps to start the show.”

House of DIFFA
May 12
diffadallas.org

There are multiple agency options in town, from The Campbell Agency to the Kim Dawson Agency to Wallflower Management. But how to choose the models? “I’ve found that most European designers prefer models with strong faces, not cute American turned-up noses,” Strimple says. “They want character in the face. Oftentimes, it’s those girls that were awkward in high school who hadn’t grown into their features yet.”

Step 3. Give Them Some Eye Candy

Pull looks the audience would be inspired to see. This means mixing prints or styles that aren’t so ordinary. “We took a pair of Abi Ferrin classic bell-bottoms and added about 2,000 safety pins to them to add some unexpected fierceness.”

Unusual props can make things memorable. “I had then student designer Jeremy Freeze take some donated whisk brooms and turn them into zebra headdresses,” Strimple says. “We also wanted some sticks to be built where two hunters could carry their prey. We affectionately called this ‘Chick on a Stick’ in our lineup.”

Select music that boosts the mood you want. Strimple’s go-to for smaller shows is DJ Andre 7. “He looks great and has a good ear.” She also insists on keeping it clean. “I despise the vulgarity in today’s music, and I won’t use music with disrespectful lyrics toward women.” Strimple in her element.
courtesy of Jan Strimple

The show must go on until it can’t. “We were at the Anatole in the Chantilly Ballroom after a brief but powerful freak hailstorm,” Strimple says. “It came at such an extreme angle that it dug some of the tar off the roof and water settled into the ceiling. Guests were in the lobby for the pre-party, and we were about an hour from opening the doors to DIFFA’s big Dallas Collection event when water started dripping on the runway and tech equipment. We canceled the event, sending 1,500 guests dressed in black tie into Dallas’ restaurants in search of a meal on a Saturday night.”

The show may be over, but the work isn’t. After you take care to return garments and accessories in the same condition that you received them, Strimple advises one final, personal touch. Send thank-you notes (email or handwritten) to anyone who helped create the magic.