In 2014, as his 25th birthday approached, Arturo Torres quit his day job managing a co-working space in Deep Ellum. “I just told myself, from here on out, I’m just going to take this leap,” he says. A few months later, he was working on a New York Times bestseller, Shea Serrano’s The Rap Year Book: The Most Important Rap Song From Every Year Since 1979, Discussed, Debated, and Deconstructed, which features more than 150 of Torres’ drawings. His illustrations—a blend of photorealism, 1980s cartoons, and whimsy—give the book its distinctive look.

“I can’t imagine working with anyone else,” Serrano says. “Sometimes he turns in some art, and I’m just like, ‘Goddamn, this guy is a genius.’ ”

Torres has been drawing since he was a kid and painting since he was a teenager at Garland High School. That’s when, on a field trip, he met an artist and learned that making art could be a career. “Like, that’s what he did for a living,” Torres says. “I’d never seen a person like that in real life.” 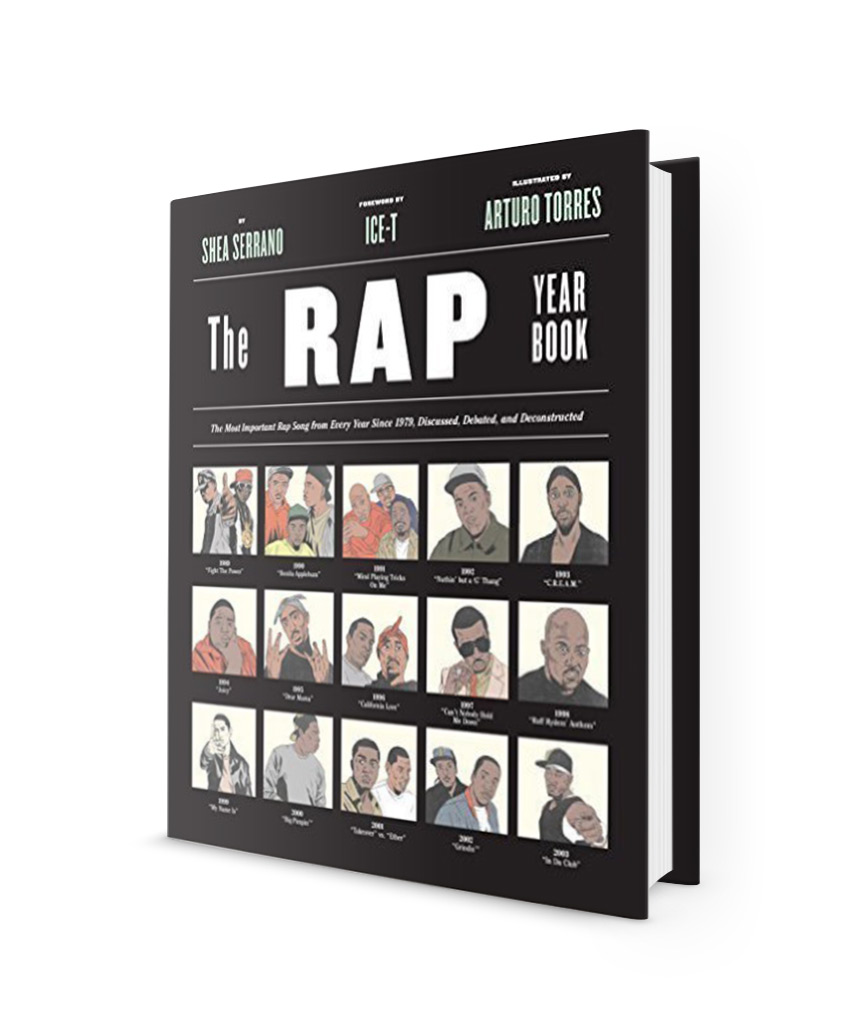 DISAPPEARING ACT: The Rap Year Book sold out in pre-orders.
By then he’d already seen plenty. His dad was abusive toward his mom, and he spent some time at the Genesis Women’s Shelter with his mom and little brother. Art was a place where he could escape. With encouragement from the artist he’d met, Torres built up a portfolio by the time he graduated. That led to shows with the ArtLoveMagic group. That, in turn, led to Lenworth “Joonbug” McIntosh, an illustrator and clothing designer. Joonbug introduced Torres around, and he began making connections and building relationships.

So when Serrano came calling—the former schoolteacher from Houston found Torres via a flyer he drew for Dallas’ DJ Sober—he was ready. Three months of work turned into nine, with Torres submitting 300 illustrations total. The book was an immediate hit; Serrano’s loyal Twitter army bought up every copy of its first printing before it was even released last year. “I didn’t grasp how big it was going to be,” Torres says.

Serrano is working on a basketball book, which Torres will illustrate. In the meantime, they are collaborating on a free weekly newsletter called Basketball (And Other Things). And Torres is also working on something more personal, a graphic novel based on his own life about being raised by a single parent. His goal is to show kids that good things “can and will come out of bad situations,” he says. “And always be creative and never let your imagination dim.”