Rudy’s Chicken
Rudy’s Chicken is so popular that it was recently awarded an $890,000 grant from the city to build a new home with a double drive-thru—something those who have sat in the hour-long line can appreciate. (Councilman Dwaine Caraway called it “one of the greatest things that has happened in the heart of the southern sector.”) Rudy’s chicken has a crispy, crunchy skin with moist meat underneath. It’s served with bread, jalapeños, and fries. And it will only set you back $5. 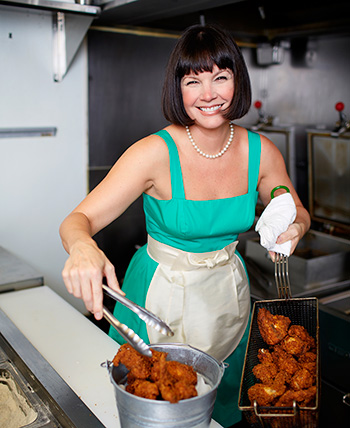 Sissy's Lisa Garza
Sissy’s Southern Kitchen & Bar
In 2011, Lisa Garza served her fried chicken for the first time. At the owner’s tent. During the Super Bowl. To Harrison Ford, Mario Lopez, Hugh Jackman, and others. The recipe that had them coming back for seconds involves brining the bird for 24 hours, dredging it in seasoned flour, soaking it in buttermilk and regular milk, and coating it again in flour. Garza won’t spill on her special ingredients, so don’t bother asking.
Stampede 66
Stephan Pyles’ grandmother has a good fried chicken recipe. But Pyles made it better. The chicken is pasture-raised and organic. It’s double-coated with seasoned flour and buttermilk, then it is fried. Exactly the way Grandma would have done it. But then comes the fun part. Pyles uses a syringe to inject the bird with sweet Texas Wildflower Honey. And then, on top of that, he adds a side of mashed potato tots. Pyles just can’t leave things alone. We like that about him. 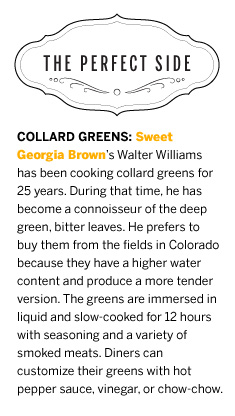 Pecan Lodge
Every Sunday after church, Diane Fourton’s Mamaw made fried chicken in an old cast-iron skillet. The chicken recipe was so good that Fourton decided not to change a thing. The chicken is brined overnight, and then, after being single-coated in a flour mixture, it’s fried at a high temperature to keep it moist and crispy. The only seasoning: a pinch of onion powder and black pepper. It’s just as good as Mamaw used to make.

Babe’s Chicken Dinner House
Babe’s Chicken Dinner House opened its doors in 1993 in Roanoke. Owner Paul Vinyard has been keeping it (and his fried chicken) fresh ever since. Vinyard’s West Texas recipe—developed by his mother, Jo—calls for deep-frying the chicken so it is cooked fast to prevent oiliness. Vinyard has been eating the same recipe for 69 years, but even he’ll admit that his mom still does it better. 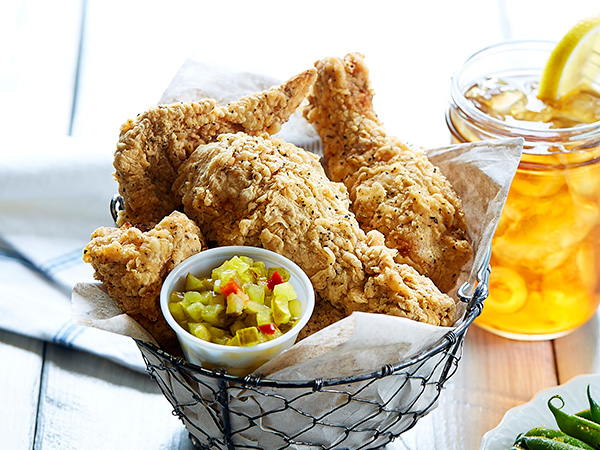 Babe's Chicken Dinner House
Chicken House Plus
Chicken House plus uses the same recipe as its building’s former occupant, Brothers Fried Chicken. It’s greasy and cheap, the perfect hangover cure. (It’s good even if you don’t drink.) The chicken comes with white bread, a pickle, and jalapeños. It’s easiest to buzz through the drive-thru, but to truly enjoy your experience, we suggest you go in and claim a bar stool and do some people-watching.

Rathbun’s Blue Plate Kitchen
Since 2009, chef Kent Rathbun has been serving up delicious fried chicken at his Blue Plate Kitchen. The recipe, which came from Rathbun’s Gramma Minnie, is simple: he debones the breast but leaves a little wing bone behind, then dips the chicken in milk and flour seasoned with his own Steak and Chop Salt, and lets it sit for five minutes before dipping it again and frying it. The little chick is served with maple-syrup gravy. It’s the perfect combination of salty and sweet. 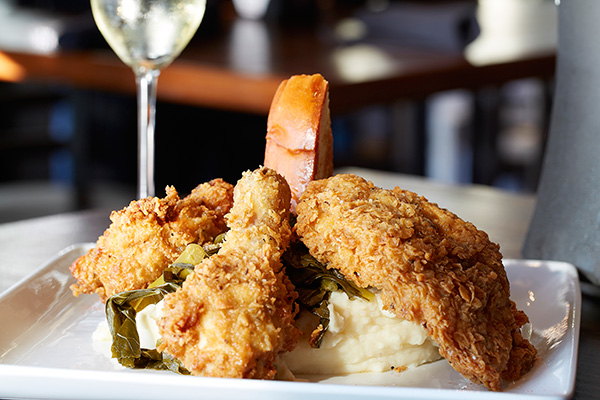 Max's Wine Dive
Max’s Wine Dive
Chef Patrick Russell takes things slow at Max’s Wine Dive. His fried chicken is soaked in a jalapeño-buttermilk marinade and cooked for 15 to 30 minutes. The deep-fried, single-breaded chicken is coated in a secret blend of herbs and spices. Feel free to eat your fried chicken with a fork or with your hands. And don’t forget to drink some Champagne with it. After all, their tagline is “Fried Chicken and Champagne … Why the Hell Not?”