Look below for our list of the Best Pediatric Specialists and Best Doctors in Dallas.

WHO DECIDES?
Frequently asked questions about how the doctors are chosen.

How does D Magazine determine which doctors and pediatricians make the list?
Best Doctors and Best Pediatricians are peer-review voting processes. We rely on the doctors’ and pediatricians’ expertise to determine who deserves to be on the list, just like a doctor would recommend a specialist to a patient. For the Best Doctors list, we mailed letters to 7,692 local doctors. For the Best Pediatricians list, we mailed to 2,467 local pediatric specialists, family medicine doctors, and gynecologists/obstetricians from our online directory, inviting them to vote using an online ballot on our website. They could vote for up to three doctors in 43 categories and three pediatric specialists in 21 categories. The nomination form asked them to vote bearing in mind the following question: which Dallas doctors and pediatric specialists would you trust with the care of a loved one? This year, 1,656 doctors and 165 pediatric specialists voted. We vetted each voter’s Texas medical license number to ensure it was valid. We then sent the results to an outside marketing firm to tally the votes. We presented the tallied list to a panel of esteemed physicians and pediatric specialists. The panel and D staff reviewed the results and chose the finalists based on the number of votes we received in each category. Once the list was finalized, D confirmed each winner’s Texas medical license status and board certification and investigated his disciplinary status.

How do you pick the categories?
The list is designed with the patient in mind. We do not include specialties in which the patient has little or no say, such as anesthesiology or pathology. We present the categories to the panel to make certain we’re not leaving out a worthy category. 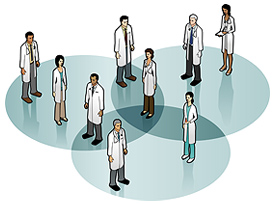 Do doctors have to pay to be on the list?
No, a doctor cannot pay to be on the list. After the editorial staff finalizes the list, it is given to our sales department, which invites doctors to buy profiles. These profiles appear elsewhere in the magazine, labeled as paid advertising. But whether the doctors advertise or not  has no bearing on this list. The editorial department does not know who purchased a profile until the magazine is in the final stages of production.

How does the panel process work?
A panel of esteemed physicians reviews the list. The panel is granted anonymity to encourage open discussion regarding the doctors on the list. If the panel says that a doctor with a lot of votes is nonetheless not worthy of this recognition due to poor performance or any other reason, we investigate the doctor’s disciplinary history further. If a doctor who is a leader in his field did not receive enough votes, the panel can recommend the doctor be added to the list. Final decisions are deferred to the editorial staff of D Magazine.

How do you prevent cheating?
Our online ballot records each voter’s IP address. If we notice a suspicious pattern—a block of votes all coming from the same IP address, for instance, or a high number of votes cast in a short time—we investigate. There have been instances where doctors were taken off the list due to ballot stuffing either by the doctor himself or a doctor’s hospital.

Does D Magazine check the doctors on the list?
Yes, each doctor is checked against the Texas Medical Board’s database for pending disciplinary action and license status. If a doctor is currently being investigated for pending action or on license suspension, we remove the doctor from the list. If the doctor has past disciplinary action, we investigate the action further and determine whether he stays on the list on a case-by-case basis. A D Magazine fact checker calls each doctor to verify specialty and correct spelling of name. Doctors are removed from the list if we learn that they have moved out of the Dallas area or have stopped seeing patients.

What if I don’t see my doctor on the list?
The list is by no means inclusive. If you don’t see your doctor here, and he is someone you like and trust, you should stick with him. If your doctor made the list last year but not this year, it does not mean you should stop seeing him. The selection process starts over every year.

Now visit our guide to the Best Pediatric Specialists and Best Doctors in Dallas.