Donnie Lewis of Skep Ltd Honey and and Kathy Rogers of Rogers Wildlife Rehabilitation Center both found their callings by happenstance.
By  Ryan Conner | March 9, 2020|9:13 am
View Gallery
View Gallery

North Texas is home to a wide array of flora and fauna. And some may say that it’s our responsibility to preserve and protect it. But you don’t have to know how to raise chickens in your backyard or have the skills to plant your own edible garden to help Mother Earth. It can be as easy as knowing how to save a winged creature or buying a jar of local honey. Here we chat with Donnie Lewis and Kathy Rogers about how to do just that.

Donnie Lewis’ Athens ranch is home to a colony of busy bees.

Five years ago, Donnie Lewis was surveying the pasture at his McNair Farm in Athens, Texas, when he came across a large tree limb that had fallen after a recent storm. “I heard all of this enormous commotion in the tree, and some bees made their home there,” he says. Lewis wasn’t able to retrieve the swarm from the hollowed tree, but he figured if the wild bees liked the land, he should get more.

But to do that, the pharmacist, real estate broker, and venue owner had to add another credential to his resume: beekeeper. He studied at the East Texas Beekeepers Association in Tyler and learned about feeding bees and extracting their honey. There, he met and networked with other bee lovers and experts as he learned the trade.

Right now, Lewis has two hives on his land, which is situated approximately 70 miles south of Dallas, but the number of hives will go up later in the spring and summer. It isn’t a huge harvest, but it’s enough to get a small batch of unfiltered, unheated, raw honey every season, which he sells under the Skep Ltd brand. The product has a light, flowery taste, probably because of the abundance of wildflowers, clover, and herbs on site. “We have a garden that is close. We have water that’s close. And we have flowering things growing,” he explains. “The bees are having a fiesta out here.”

Lewis occasionally invites friends he met through the beekeepers association or budding bee enthusiasts to help work his hives. Sure, the honey is a tasty perk of having bees on the land, but Lewis’ passion for using the space to teach future beekeepers and conservationists is even sweeter. 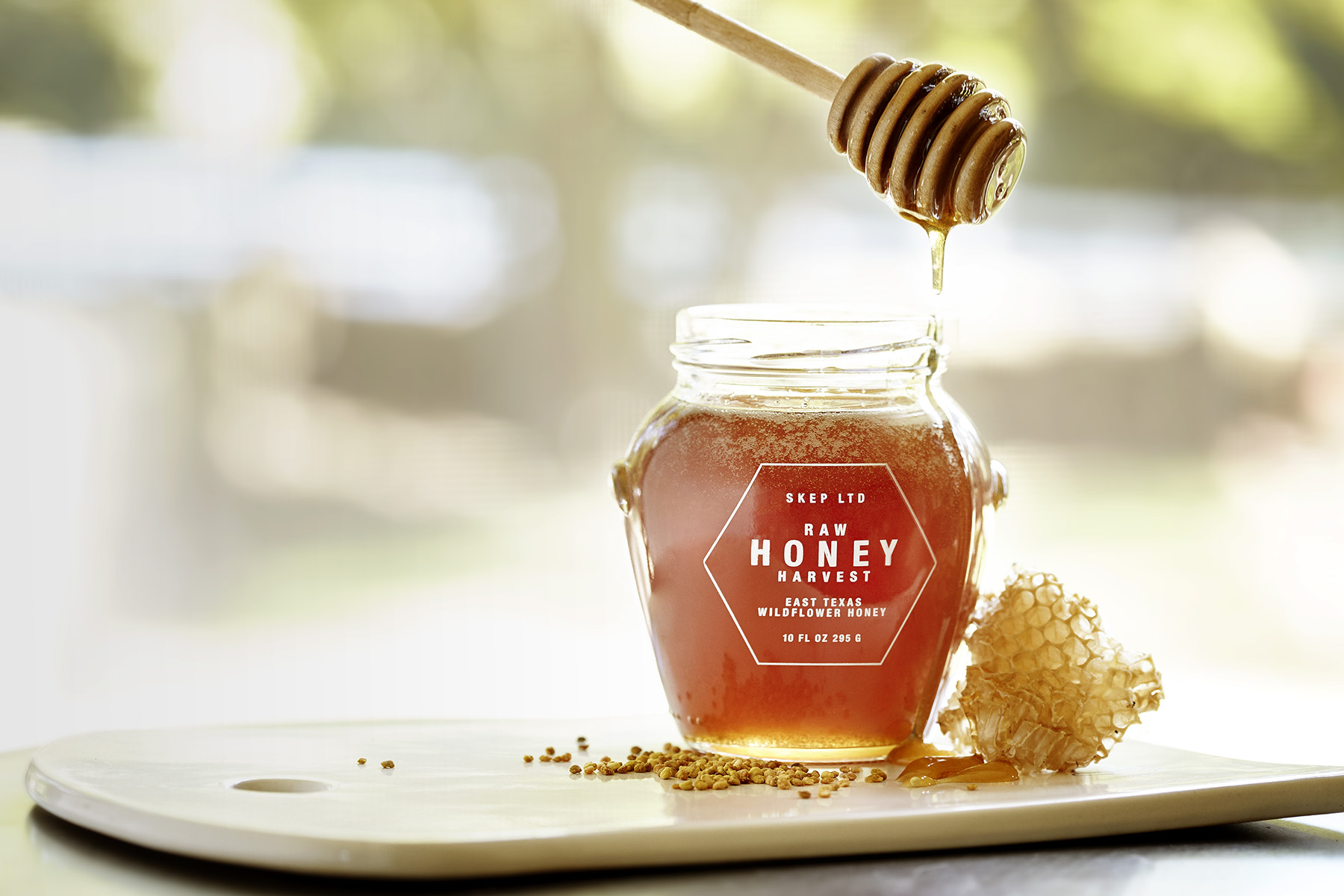 Donnie Lewis explains that his bees’ access to fresh water, wildflowers, and clover is what gives Skep Ltd its light color and sweet taste. “The flavor is unique to this area,” he says. “There are different flavor profiles in the state for the flowers that grow naturally there.” His hives produce about three to five gallons of honey a year, which means about 100 bottles. Lewis doesn’t use any additives, and the honey will crystalize if it gets too cold, which is a sign of a quality honey. (For instance, honey you find at most grocery stores is mixed with water and other fillers to make it less expensive and longer lasting.) You can use the premium honey in culinary recipes or as a cough suppressant, allergy relief, or ointment for cuts. Start looking for the jars to hit shelves in June or later. Once it’s gone, it’s gone.

North Texas is home to a wide array of flora and fauna. And some may say that it’s our responsibility to preserve and protect it. But you don’t have to know how to raise chickens in your backyard or have the skills to plant your own edible garden to help Mother Earth. It can be as easy as knowing how to save a winged creature or buying a jar of local honey. Here we chat with Donnie Lewis and Kathy Rogers about how to do just that.

Kathy Rogers started saving birds about 40 years ago. “I had parrots, and people thought because I had parrots I knew about birds,” she says. “So they’d start to bring in little tiny birds they’d find. It started off very innocently and has grown into a giant undertaking.” 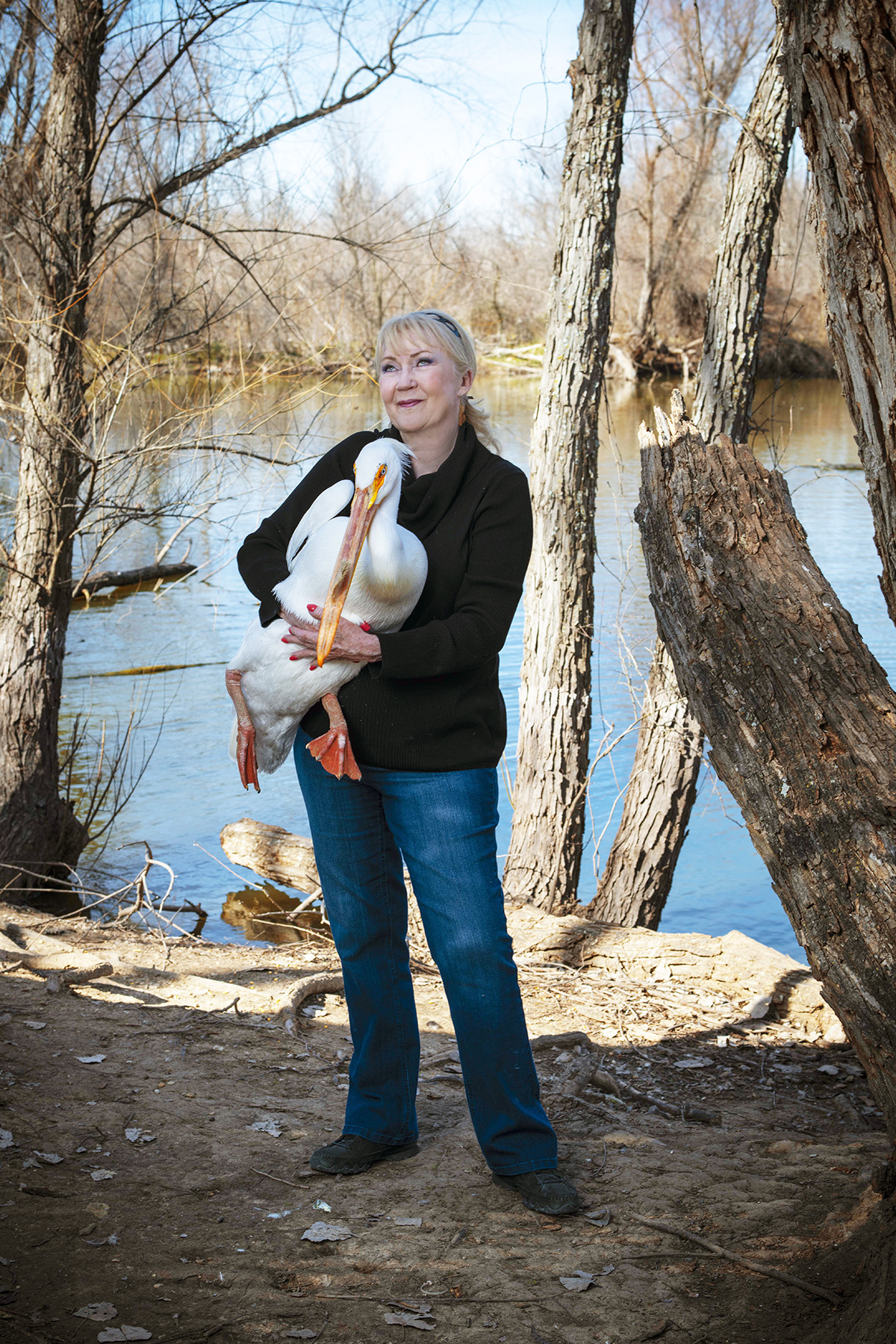 Now she runs Rogers Wildlife Rehabilitation Center, a nonprofit that rescues and rehabs injured, sick, and orphaned birds. Located in Hutchins, about 10 miles southeast of Dallas, it is the only center in North Texas that will take any species of bird. “We see everything from a neonatal sparrow up to an eagle to a pelican,” she says. “Or we do baby birds. In May and June we have over 50 birds a day come in—most of those are babies people find. We also get injured adult birds—birds that have been shot, hit a window or car, or were poisoned.”

Rogers and her team of volunteers take each bird in and tend to its injuries. In the case of a baby bird, they raise it and teach it how to thrive in its habitat. If the birds aren’t able to survive on their own, Rogers keeps them at her sanctuary and enrolls them in her education program, visiting schools or welcoming groups and guests to the center. But if Rogers had it her way, every bird would be released—and she estimates that about 90 percent are. “Our goal is to get everyone back in the air,” she says. 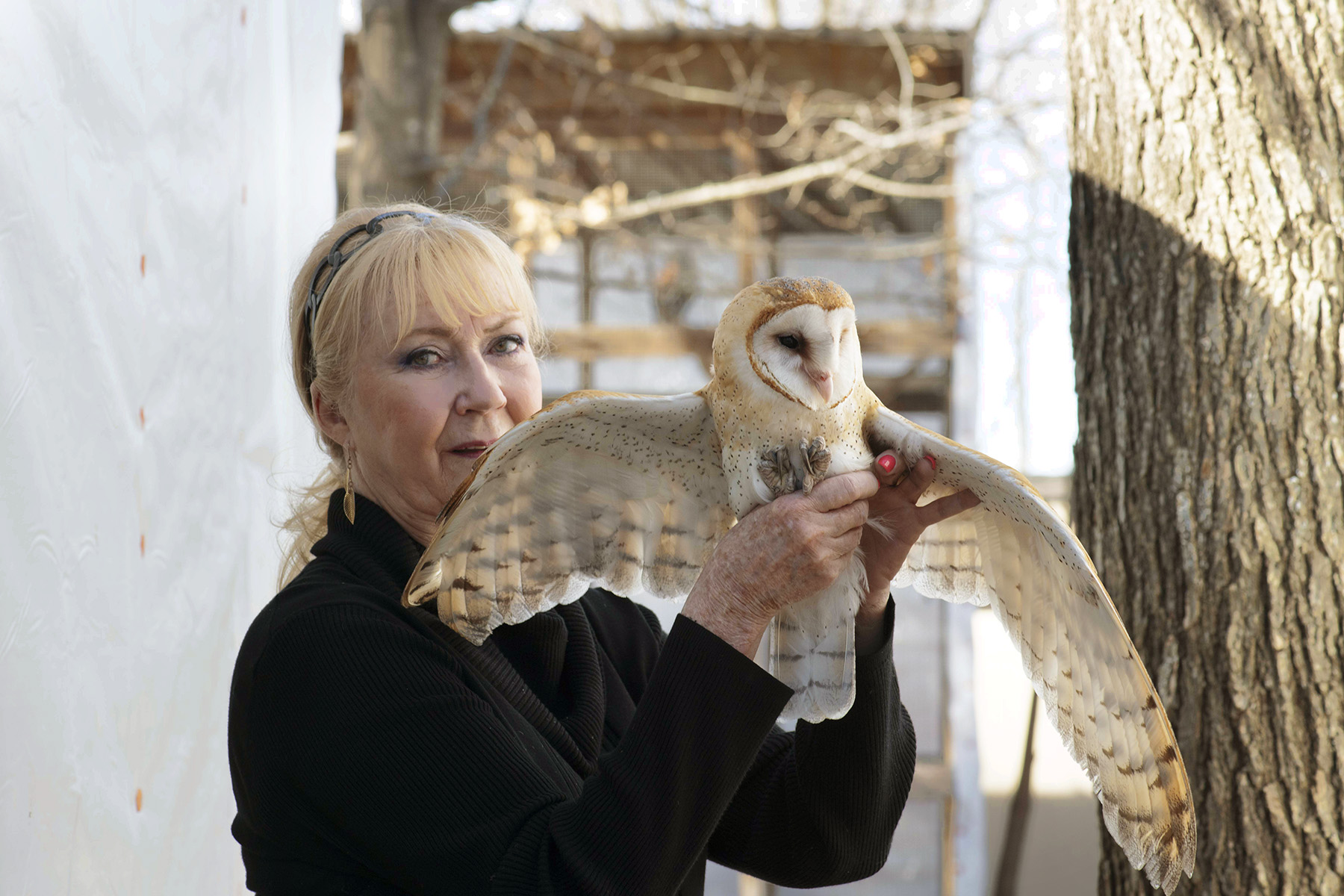 How to Save a Bird

Rogers doesn’t know how many birds she has saved over the years. “Oh, probably hundreds of thousands,” she says. Trust you can take her advice if you come across a wild species that looks sick or hurt. (Eagles, hawks, songbirds, and water birds are just a few of the types she rehabs.)

First, immediately put the bird in a box with a towel. Then, take care to put the lid on so it doesn’t get out. “Keep him warm and in a dark place until you can get ahold of us,” she says. Remember: All wild birds are protected by state and federal law, so it is illegal to keep them, even their nests.

Kathy Rogers accepts all sorts of bird species at her wildlife center, including owls, herons, and turkeys. These birds were unable to be released because of their inability to survive, but Rogers now uses them as ambassadors for the center’s educational programs.

Ben and Skin Take Their Talents to 97.1 the Eagle