When Olympian relay racers come together on the world’s biggest stage to execute a flawless performance, the passing of the baton is the most crucial aspect. With a slight juggle on the handoff, a single millisecond could cost the race. It’s a move that takes many repetitions to sharpen.

Just as on the track, striving to sharpen a C-Suite career is difficult without the necessary preparation. As one generation passes on advice to the aspiring generation, an ecosystem is born. A future environment of success is molded by the current passing of wisdom.

And for D CEO’s November issue, we asked Rob Davis, Amy Stewart, and Joe Demiero to share the best advice passed down to them that has shaped their career. Here is what they had to say. 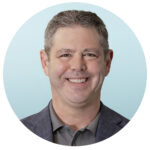 “When I was a junior officer on a fast-attack nuclear submarine, my boss explained the difference between being ‘right’ and being ‘effective.’ As a young leader, I was often ‘right’ but unable to consistently achieve organizational changes that made a true impact.  As an older, war-scarred executive, I’ve realized the importance of understanding different perspectives, communicating a vision, and carving out a path to effective change. I focus on the end result now versus who is right.” 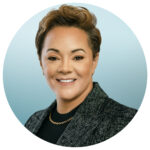 “‘Be vulnerable enough to be you.’ Throughout my legal career, I have had amazing mentors who were older White men, so I tried to emulate them. However, despite being the best White man I could be, it just was not resonating. As soon as I became vulnerable enough to embrace my beauty and strength as a Black woman trial lawyer, with a fierce competitive streak from my years of collegiate athletics, I began experiencing the most success, both professionally and personally.” 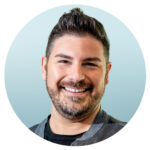 “A former professor, Warren Bennis, talked with me about the power of the word, ‘becoming.’ To become the best leader you can be, you must become the best version of yourself. And that is a process. It’s a journey of learning, empathy, and discovery. It’s about being curious, being humble, connecting with others, connecting with yourself, and connecting with the world. We tend to think of leaders as fixed figures—that the way they are is the way they have always been. Instead, it’s very much about ongoing discovery.”