Subscribe
Advertisement
Derek Curry came of age in Louisiana with an affinity for streetwear and southern hospitality. He has since translated that affection for fashion into a burgeoning chain of sneaker boutiques that sells upwards of 2,000 pairs of shoes a week, in-store and online. But his story isn’t one of instant success; Sneaker Politics took nearly half-a-decade to find its footing.

Told by others that a job in fashion was frivolous, Curry laced up wingtips rather than Air Jordan’s and initially chased a career on Wall Street. While building his resume, he helped support himself by managing a Finish Line footwear store. The smell of new shoes every day inspired him to reconsider fashion and look for a way to disrupt sneaker sales.

During a trip to Boston, he found that shoe stores were much more experiential there. Instead of an employee greeting him at the door with a foot-measuring device, the vibe was personable and social. Seeing a gap in the market, he was determined to bring the concept to the South. 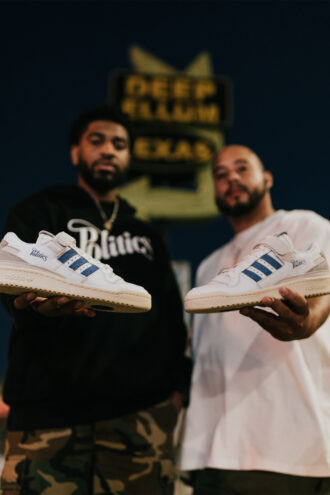 In 2006, he launched Sneaker Politics in Lafayette on the backbone of hospitality. Every dime of the upstart’s funding originated from personal savings. During the five-year runup to profitability, Curry tried everything, even resorting to selling his personal collectible shoes and flipping kicks at buy-cost just to get his name circulating. But it was his ability to find rare and collectible sneakers and his high-touch approach to retail that resonated.

Before long, Curry got in with the biggies, scoring exclusives with Nike, Adidas, Air Jordan, New Balance, and more. His timing could not have been better. Statista puts the value of the fast-growing global sneaker market at $70 billion for 2020 and expects it to hit $102 billion by 2025.

Today, there are seven Sneaker Politics stores in Louisiana and Texas, with Austin opening in 2018 and Deep Ellum, where Curry is now based, in 2019. The brand, which sells casual apparel in addition to shoes, has grown sales and profits by 30 percent year over year and is topping that average in 2021—all while supporting the underserved through partnerships with Dallas-based United People’s Coalition and Tank Proof.

“We sell a lifestyle; not just sneakers, not just clothing,” Curry says. “It started out as me building friendships, impacting the community, and to this day, we hold those values.”

Congratulations to all the 2019 finalists and winners.
By Payton Parker
Business

Jamba Juice, Baylor Scott & White Health, and NTT Data were among some of the companies honored.
By Payton Parker
Business

Congratulations to the 2018 finalists and honorees.
By Payton Parker
D Magazine Directories