The author of her own memoir, Finding the Exit, serial entrepreneur Lea Ellermeier always considered writing to be her creative gift. But when a therapist suggested that Ellermeier pick up a brush to help release the stresses of being a CEO, wife, and mother, she stumbled upon a new passion.

“It was very much a meditation because I let go of a lot of the things that were heavy on my mind,” Ellermeier says. “I was looking at color and shape, and then I realized that I enjoyed it.”

The CEO of 2C Medtech toyed with several techniques and many a color palette, asking her artist friends for tips on mixing hues and creating new shades, but she has never taken formal classes.

“I didn’t really want it to be anything more than something [I do] for me,” Ellermeier says. Even so, her brightly colored acrylics and her abstract style have caught the eye of many across the country since she began posting her work on Facebook and a personal website. At first, she gifted her paintings to interested friends.

“I started with really small paintings—four inches by four inches on little blocks of wood—and people really liked them,” Ellermeier says. “I thought, ‘If I can bring a little beauty and joy into somebody’s world, why not?’ And it makes me feel good to do it.” 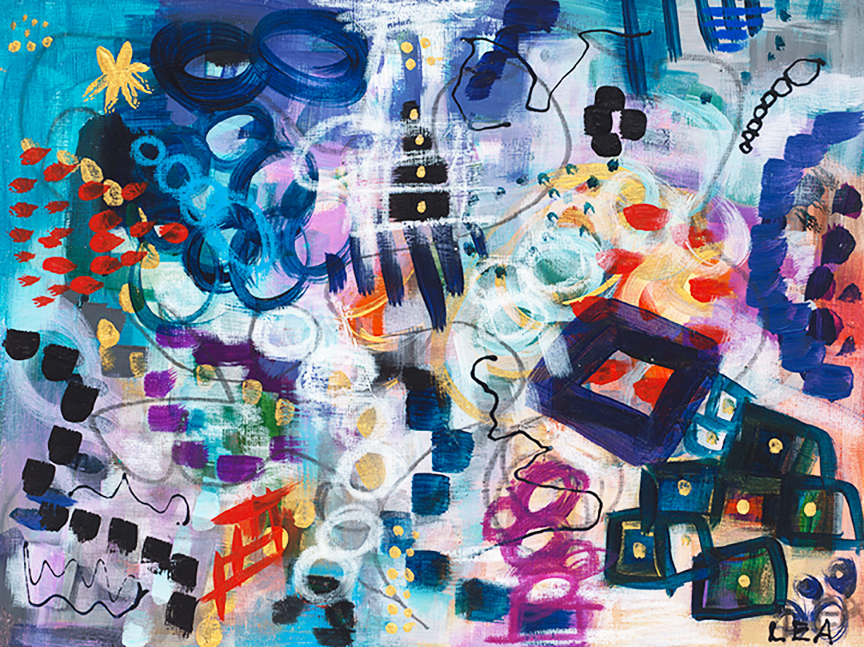 “Out of Options” Another piece in the “Coronavirus” series. Ellermeier prefers to work in acrylics.
Courtesy of Lea Ellermeier

When she moved up to larger canvases during the pandemic, people began asking to purchase works from her new “Coronavirus” series. Rather than naming a specific price, Ellermeier recommended an amount that interested buyers could donate to the North Texas Food Bank. And when even that was too much of a burden for some, she made other arrangements—once asking a financially strained college student in Washington, for example, to donate canned food to her local food bank in exchange for a piece.

“I’m not really here to make money on this,” she says. “To me, it’s just about sharing my own joy.”

The entrepreneur—who sold one of her early ventures, Lingualcare, to 3M Co.—regularly paints from the confines of her kitchen, though she soon hopes to have a designated studio.

“I’d like to paint bigger canvases, and that requires more space,” she says. She has also begun looking into ways to sell prints of her paintings online—that and the novel she’s currently penning will be her next artistic endeavors. 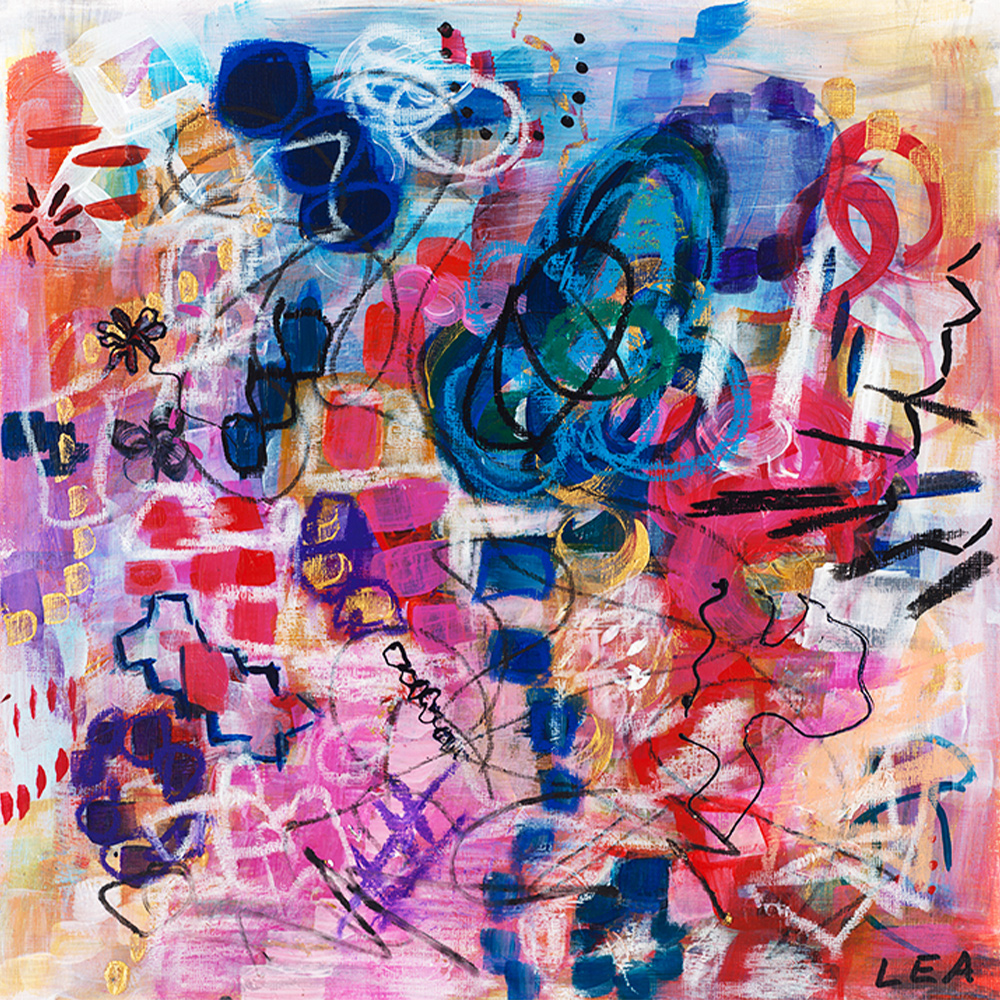 “Let It Go” One of the pieces in Ellermeier’s new series, “In the Time of Coronavirus.”
Courtesy of Lea Ellermeier

Painting, Ellermeier says, has helped her see herself as being more multifaceted, take herself less seriously, flex her creative muscles, and feel the satisfaction of completing something quickly—which often escapes her work.

“For many, many years, I let what I did define who I was,” she says. “Painting has given me that extra layer of knowing that I’m actually more than just that thing, and so I don’t have to live and die on that thing. … It reminds me that I’m a whole human.”